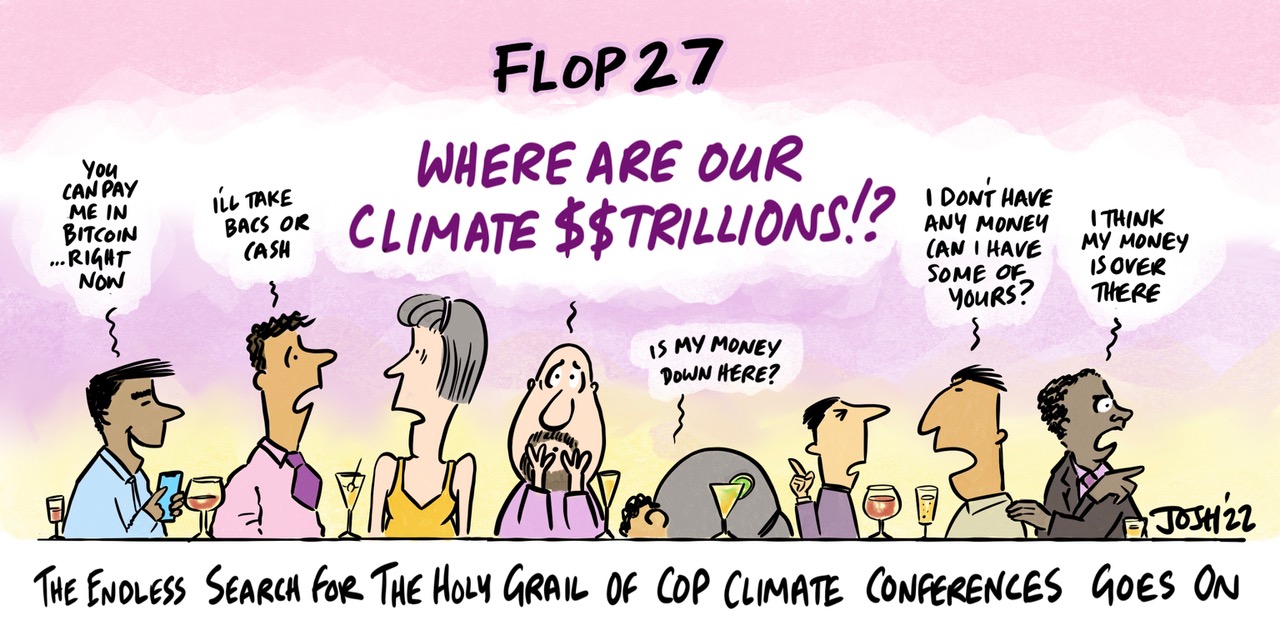 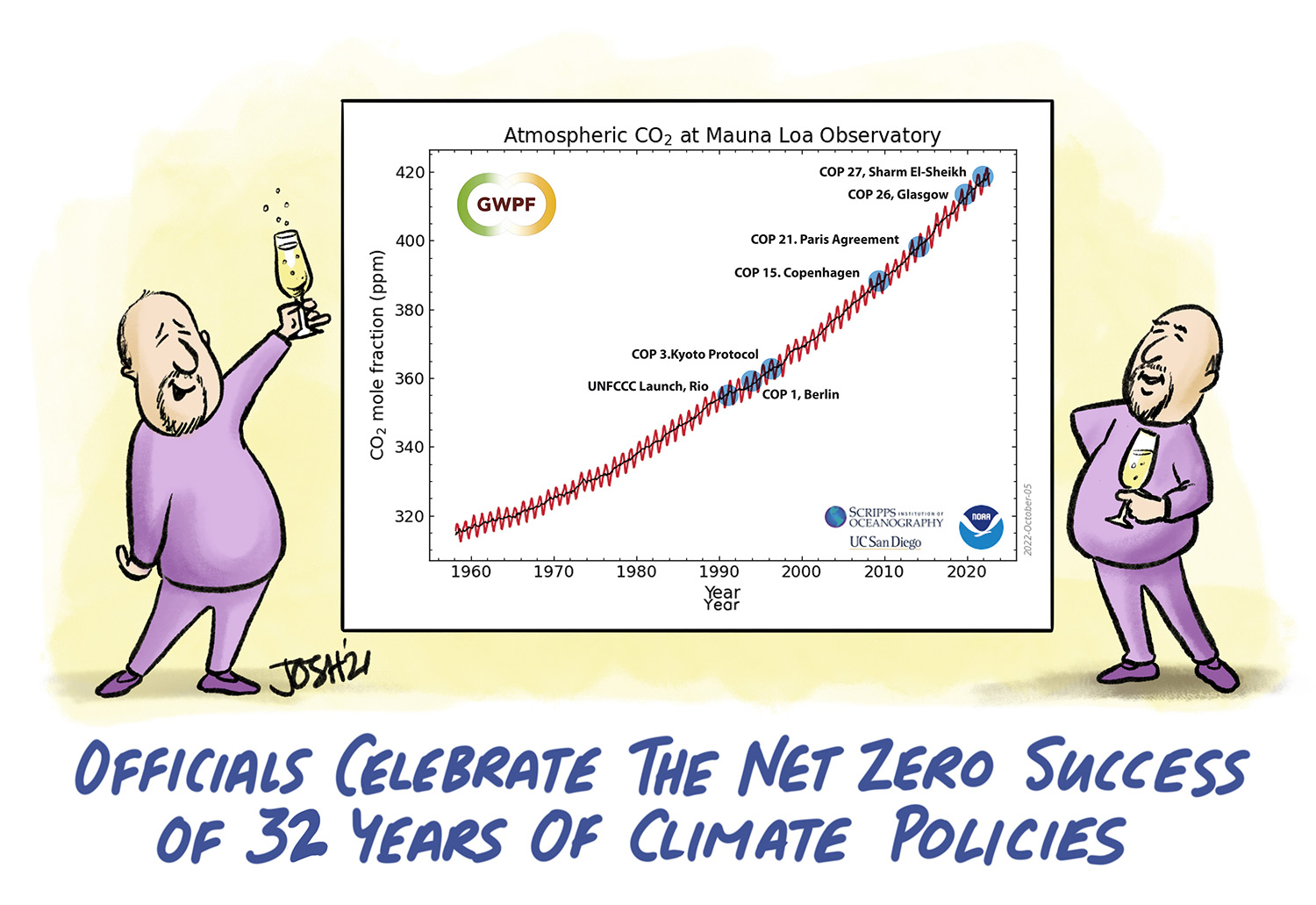 "Many of the most controversial decisions on the fund have been kicked into next year..." Paul Homewood: Although a fund has been agreed in principle, there is no agreement about how much is put in, or who pays. Crucially there is no agreement that countries like China, India, & Russia will pay a penny. The agreement to set up the fund is meaningless without answers to these questions. And there is also no agreement to reduce emissions beyond COP26 pledges. In particular developing countries are under no obligation whatsoever to reduce emissions, as a condition for receiving this money.

Without fail, we are told that time is running out, that it’s one minute to midnight, and that it’s the last chance to save the world from doomsday.

There is an uncanny sense of déjà vu while global CO2 emissions continue to rise relentlessly and with no sign of slowing down.

We at Net Zero Watch have been pointing out for years that every COP passes through the same ritual stages, always ending in ultimate failure. These green away weeks have degenerated into a meaningless ritual, which makes the participants feel good about themselves but in practice achieves little or nothing.

Which is why we predicted with great confidence many months ago that there would be no breaking of the mould at COP27, and that the great conclave of climate cardinals would end in dismal failure yet again.

And how right we were. From the arrival of the very first delegates, it was just as we said it would be. Check out our updated history of the annual COP ritual, which shows how Sharm el-Sheikh 2022 has followed exactly the same pattern, exactly the same path to dismal failure as previous COPs did before this year’s talkfest.

After the annual excitement of hopes, hype and circus came the habitual ‘deadlock’ and finally the ‘breakthrough’ when the European Union said it was willing to create a new climate compensation fund … but only on the condition that ‘wealthier developing countries’ contribute too.

Yet the eternal question of who will actually pay the demanded $2trillion p.a. in ‘climate reparations’ has been kicked into next year’s Cop28 when a “transitional committee” will be tasked to “identify and expand sources of funding.” In other words, the endless search for climate $$trillions will go on for decades to come.

That being the case, we expect the same COP ritual all over again next year at COP28 in the United Arab Emirates.

Flop27: Where are our climate $$trillions? (pdf)