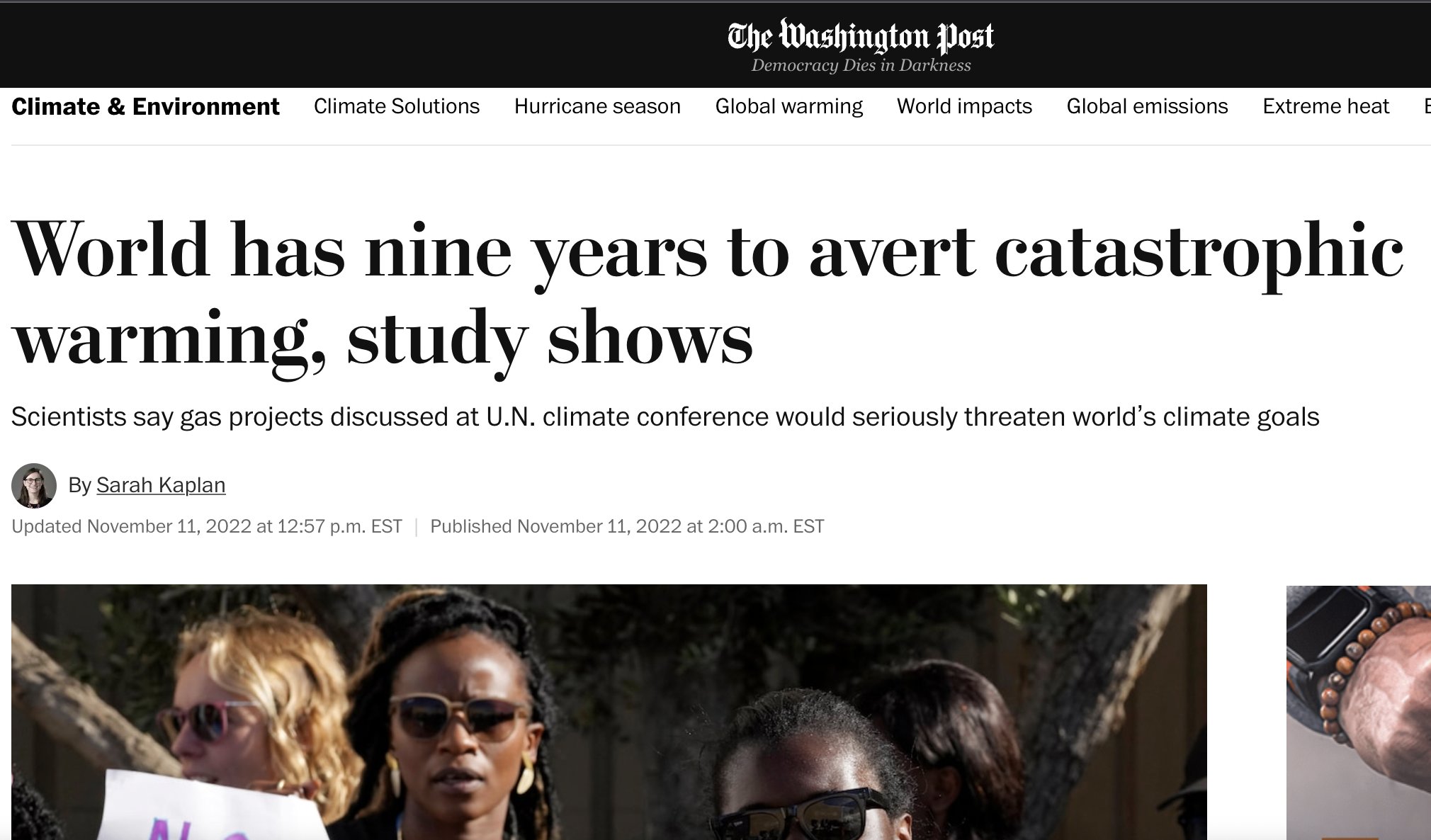 Now will you support the UN climate agenda! Time is running out!

Excerpts: SHARM EL-SHEIKH, Egypt — Nations will likely burn through their remaining carbon budget in less than a decade if they do not significantly reduce greenhouse gas pollution, a new study shows, causing the world to blow past a critical warming threshold and triggering catastrophic climate impacts.

But new gas projects — launched in response to Russia’s invasion of Ukraine and the resulting global energy crunch — would consume 10 percent of that remaining carbon budget, making it all but impossible for nations to meet the Paris agreement goal of limiting warming to 1.5 degrees Celsius above preindustrial levels, according to another report released Wednesday.

According to the Energy Information Administration, burning gas for energy emits about half as much carbon dioxide equivalent as burning coal. But liquefying natural gas for transport and other parts of the gas production process can lead to leaks of methane, an especially potent greenhouse gas.

“As early as 1864 George Perkins Marsh, sometimes said to be the father of American ecology, warned that the earth was ‘fast becoming an unfit home for its “noblest inhabitant,”’ and that unless men changed their ways it would be reduced ‘to such a condition of impoverished productiveness, of shattered surface, of climatic excess, as to threaten the depravation, barbarism, and perhaps even extinction of the species.’” —MIT professor Leo Marx

Earth “Serially Doomed”
Perhaps the best summary of the tipping-point phenomenon comes from UK scientist Philip Stott. “In essence, the Earth has been given a 10-year survival warning regularly for the last fifty or so years. We have been serially doomed,” Stott explained. “Our post-modern period of climate change angst can probably be traced back to the late-1960s, if not earlier. By 1973, and the ‘global cooling’ scare, it was in full swing, with predictions of the imminent collapse of the world within ten to twenty years, exacerbated by the impacts of a nuclear winter.”