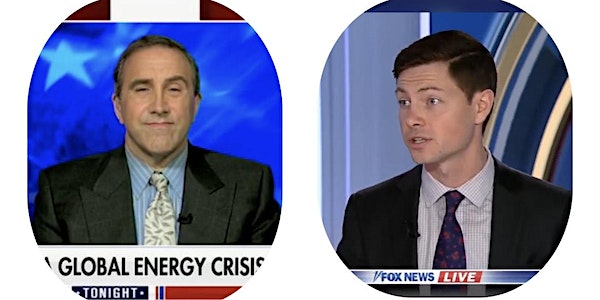 Join us at the Met Club on Wednesday, October 26, 2022  for our Monthly Social featuring a debate Night!  Two Republican Stalwarts – One Night – a first of its kind event in New York City.

Republicans universally oppose AOC’s anti- Nuclear, Green New Deal and the socialist takeover of government that it seeks to impose. What is the Republican Party’s alternative? Should there be one?

Be here for a debate between two opposing views in the Conservative movement –  two very different perspectives on America’s Energy and Climate debate.

For the Affirmative: Quill Robinson is Vice President of Government Affairs at the American Conservation Coalition, or ACC. ACC was founded in 2017 based on the belief that economic and environmental success go hand-in-hand. ACC seeks to mobilize younger conservativeQuill develops ACC’s policy priorities, leads advocacy efforts on Capitol Hill, and manages relationships with partners in the private and non-profit sectors in Washington, DC. Quill graduated from the University of Washington and is currently pursuing a Master’s Degree at Johns Hopkins University. Quill is regularly published in The Hill and Washington Examiner and featured on Fox News for his political analysiss to environmental action through common-sense, market-based, and limited-government ideals.

For the Negative : Marc Morano is the Founder and Executive Director of ClimateDepot.org, a project of the Committee for a Constructive Tomorrow (CFACT), a US non-profit organization that promotes climate change denial. Marc served as the communications director for the Senate Environment and Public Works Committee under the George W. Bush administration, where he sharply questioned whether global warming is caused by human activity. Marc later founded ClimateDepot.org and is the author of three books, including The Politically Incorrect Guide to Climate Change, Green Fraud: Why the Green New Deal Is Even Worse than You Think, and most recently, The Great Reset: Global Elites and the Permanent Lockdown. Marc earned a bachelor’s degree from George Mason University.