UN Declares: ‘We own the science’ & ‘the world should know it’ so ‘we partnered with Google’ to ensure only UN climate results appear

The United Nations revealed that they "own the science" of climate change and they have manipulated Google search results to suppress any climate view that deviates from UN claims.

Melissa Fleming, the UN's Under-Secretary for Global Communications said at a World Economic Forum event: “We partnered with Google. For example, if you Google ‘climate change,’ you will, at the top of your search, you will get all kinds of UN resources...We were shocked to see that when we Googled ‘climate change,’ we were getting incredibly distorted information right at the top...We own the science, and we think that the world should know it."

Marc Morano comment: "As I wrote in my book, The Great Reset, the public health bureaucracy and the 'climate community' have become political lobbying organizations, and they are using 'The Science' to support their preferred policies—policies that dovetail with the Great Reset and advance the power of the administrative state. The UN now joins Anthony 'I am The Science' Fauci in claiming ownership of science. Global organizations and bureaucrats who push authoritarian 'solutions' need to 'own the science; because they want to own us."

The United Nations revealed that they “own the science” of climate change and they have manipulated Google search results to suppress any climate view that deviates from UN claims. Melissa Fleming, the Under-Secretary for Global Communications at the United Nations made the remarks at a World Economic Forum ‘Tackling Disinformation’ event on September 29, 2022 titled “Sustainable Development Impact Meetings 2022.”

Melissa Fleming:  (Full Video) “We partnered with Google. For example, if you Google ‘climate change,’ you will, at the top of your search, you will get all kinds of UN resources. We started this partnership when we were shocked to see that when we Googled ‘climate change,’ we were getting incredibly distorted information right at the top. So we’re becoming much more proactive. We own the science, and we think that the world should know it, and the platforms themselves also do. But again, it’s a huge, huge challenge that I think all sectors of society need to be very active in.” (Full transcript here)

As I wrote in my book, The Great Reset, “the public health bureaucracy and the ‘climate community’ have become political lobbying organizations, and they are using ‘The Science’ to support their preferred policies—policies that dovetail with the Great Reset and advance the power of the administrative state.”

NEW – UN Secretary for Global Comms says they "own the science" on "climate change," and opposing viewpoints have now been pushed down in search results through their partnership with Google.pic.twitter.com/fMaPYsHGUT 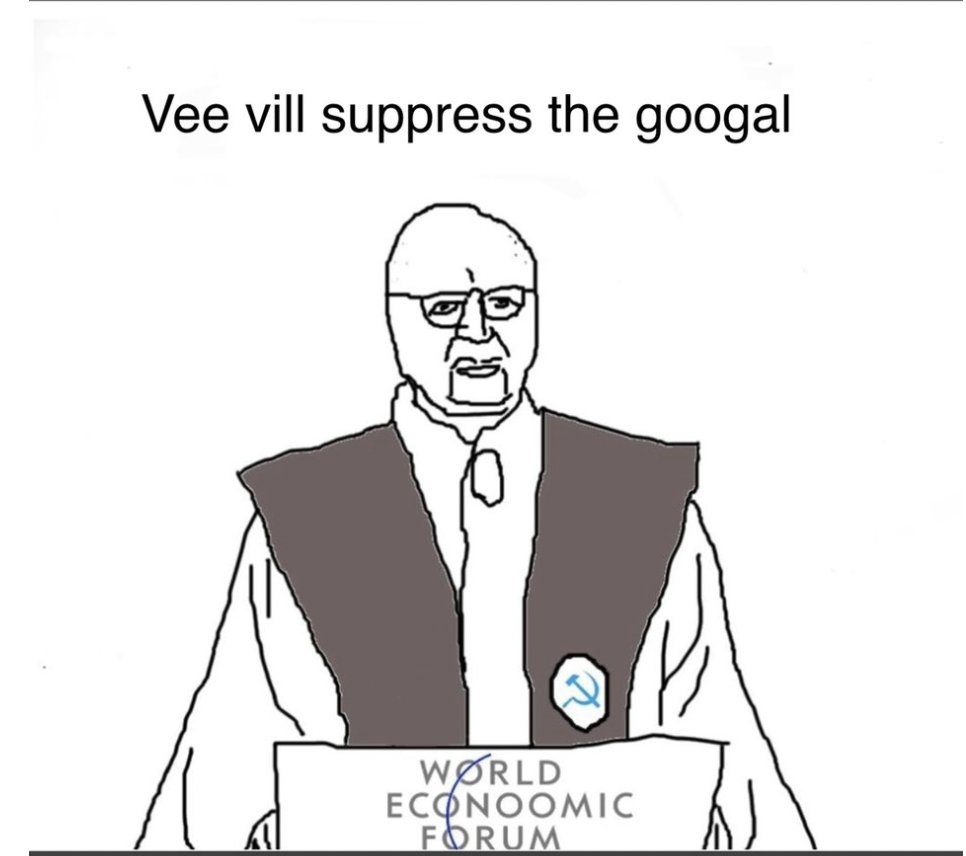 “We trained scientists around the world and some doctors on TikTok, and we had TikTok working with us” — Melissa Fleming 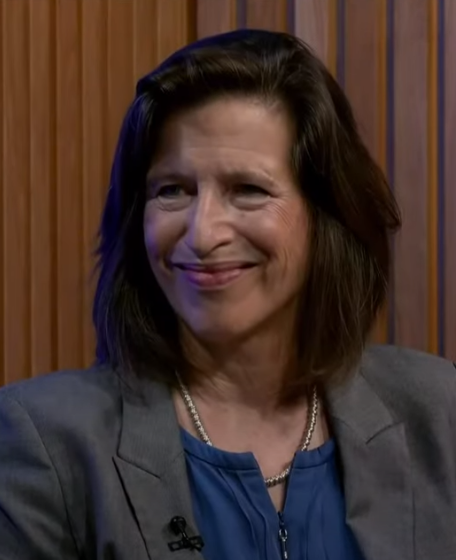 Melissa Fleming – Under-Secretary for Global Communications at the UN

Via: Tim Hinchliffe of Sociable:

During the World Economic Forum’s (WEF) Sustainable Development Impact Meetings last week, the unelected globalists held a panel on “Tackling Disinformation” where participants from the UN, CNN, and Brown University discussed how to best control narratives

Fleming also highlighted that the UN worked with TikTok on a project called “Team Halo” to boost COVID messaging coming from medical and scientific communities on the Chinese-owned video sharing platform. “We had another trusted messenger project, which was called ‘Team Halo’ where we trained scientists around the world and some doctors on TikTok, and we had TikTok working with us,” she said. (Source)

The UN, Anthony Fauci, and the WHO both claim to own “the science” of COVID and authoritarian mitigation measures like lockdowns.

California passed a similar bill: Stanford’s Dr. Jay Bhattacharya April 12, 2022 excerpts: “A proposed California law threatens to make such dissent career-ending by handing the state the power to strip medical licenses from doctors who disagree with government positions on Covid.”

This bill was signed by Gov. Newsom on September 30, 2022: California Bill Barring Docs From “Telling COVID Lies” Signed Into Law

The WHO’s “science” is under the influence of Bill Gates. Bill Gates is 2nd largest donor to the WHO: Morano Great Reset book Excerpt:

The World Health Organization’s second-largest donor, behind the United States government, is (drumroll, please) . . . the Bill & Melinda Gates Foundation. According to the 2018 WHO financial report, while the U.S. government’s contribution was in the amount of more than $281 million, the Gates Foundation came in at over $228 million—out of the total $2.2 billion that made up the WHO annual budget. (Gates gave over $324 million to WHO in 2017.) The Gates Foundation contributed more to the WHO than many developed nations.

Bill Gates is also a Covid Profiteer: See: Between March 18, 2020 (the beginning of COVID Mania) and May 4, 2022, Bill Gates experienced a wealth increase from $98 billion to $129.8 billion, driven in large part from his COVID-related “investments.”

“The science” is routinely manipulated to support policies the government and bureaucrats desire.

The following is an excerpt from Chapter 6 of The Great Reset: Global Elites and the Permanent Lockdown – By Marc Morano

Excerpt:    At this point, no researcher looking for government research money would put his name on a study that was against the politically accepted views on COVID lockdowns or mask mandates or climate-crisis claims. During the COVID-19 panic, public health bureaucrats, politicians, and media figures constantly invoked “The Science” when determining how hard and long to hammer the public with lockdowns and mandates. In reality the Great Reset was underway in 2020, with the promotion of authoritarian COVID-19 “mitigation” measures utilizing decades of corrupted “science.”

French President Emmanuel Macron warned that, because of COVID-19, “We must all limit the number of people with whom we’re in contact with every single day. Scientists say so.”

“Scientists say so.” But which scientists “say so”? And on what evidence do those scientists base what they say?

In the age of COVID lockdowns and mandates, a pending Green New Deal, and a Great Reset, an insight of renowned economist Thomas Sowell is more valuable than ever: “Experts are often called in, not to provide factual information or dispassionate analysis for the purpose of decision-making by responsible officials, but to give political cover for decisions already made and based on other considerations entirely.”

As C. S. Lewis warned, “I dread specialists in power because they are specialists speaking outside their special subjects. Let scientists tell us about sciences. But government involves questions about the good for man, and justice, and what things are worth having at what price; and on these a scientific training gives a man’s opinion no added value.” Lewis was sounding the alarm against the kind of technocracy that we live under thanks to COVID—the control of society by an elite unelected cadre of experts.

“There was a clash between two schools of thought, authoritarian public health versus science—and science lost.”

Whenever they invoke “The Science,” you know something other than science is at play.

“A theory becomes The Science when a mitigation or solution to the theory becomes more important than the theory itself,” explained Dr. William M. Briggs, coauthor of The Price of Panic: How the Tyranny of Experts Turned a Pandemic into a Catastrophe. “This is, as mentioned, the Cult of Science. Members are easy to spot. Not only do they use phrases like ‘We believe in The Science’ and ‘Denier!’—has there ever been a clearer indication of religious intent than this one word?—but they all evince scientism, the false belief that knowing a (‘scientific’) fact implies morally what should be done about that fact,” Briggs pointed out.

He demonstrated by a thought experiment how “The Science” is not real science. “Say you disbelieve the theory but support the mitigation, and you will be praised. But say you believe all the models of exponential ‘cases’ and deaths, but you don’t think lockdowns and mask mandates should be implemented, and you will be loathed,” Briggs wrote.

We were alerted about being ruled over by scientists and experts. In his 1961 Farewell Address, President Dwight D. Eisenhower bluntly warned of this danger.

Eisenhower explained that “a government contract becomes virtually a substitute for intellectual curiosity” and “the prospect of domination of the nation’s scholars by Federal employment, project allocations, and the power of money is ever present and is gravely to be regarded.”

According to Eisenhower, “We must also be alert to the equal and opposite danger that public policy could itself become the captive of a scientific-technological elite.”

“Communists saw their political beliefs as so all-encompassing that even science was political: if science contradicted the goals of communism, it wasn’t science. In today’s United States the slow death of liberalism has resulted in the blatant politicisation of science, to the extent that as in Rus- sia, scientists teach things which are obviously untrue because it supports the prevailing ideology. Then there is the media, much of which parrots the party line with almost embarrassing, ‘Comrade Stalin has driven pig iron to record production’ levels of conformity.” —Ed West, deputy editor, UnHerd

Fauci complained about the “unscientific” policies of a number of U.S. governors who had imposed a targeted quarantine on health care workers arriving from Ebola-infected regions. “We have to be careful that there are [not] unintended consequences,” Fauci said.

“We need to treat them, returning people with respect,” Fauci explained during the outbreak of Ebola in Africa.

“You can monitor them in multiple different ways. You don’t have to put them in a confined place,” Fauci added.

“Go with the science,” he said.

But then the coronavirus came along, and suddenly “The Science” said exactly the opposite.

Journalist Jordan Schachtel summed up Fauci’s duplicity on quarantines: “As we’ve discovered, the 50-year tenured government health bureaucrat wasn’t always a fan of quarantines. As recently as 2014, he was emphatically against them. Has ‘the science’ changed that much in the last 6 years, or is something else afoot?”

Fauci: I am The Science

In 2021, Fauci declared that attacks on him are “attacks on science.” He claimed, “A lot of what you’re seeing as attacks on me, quite frankly, are attacks on science. If you are trying to get at me as a public health official and a scientist, you’re really attacking, not only Dr. Anthony Fauci, you’re attacking science.”

Maybe “Science” Is a Liberal Conspiracy

A bumper sticker promoted by progressives reads: “Science is not a liberal conspiracy.”

“Oh yes it is. Or, yes, it can be, and much of it is. And here is where that bumper sticker is wrong. When the regulatory state—i.e., the Environ- mental Protection Agency, the United Nations, the U.S. federal govern- ment—when they want to regulate, they look for justifications and causes, and that’s the natural state of any government. . . . So essentially the regulatory state is using the climate scare now to achieve its ends. . . . The science must support the government policy, and the network of government and academic funding peer-pressure is designed to ensure ‘The Science’ ends up supporting the politicians’ favored policy. Any dissenters have to face intimidation and censorship.” —Marc Morano in a 2019 interview

When you believe you are saving the world, the only science that matters is “The Science” that supports your preconceived political views.