NOAA official to CNN’s Don Lemon: No, ‘climate change’ is not responsible for Hurricane Ian

Climate scientist Admiral James Stavridis (@stavridisj): "You know more [hurricanes] are coming, you know we’re going to be dealing with this, as a nation, going into the future, if we can’t get climate under control." pic.twitter.com/YKZkNytjot

Climate scientist @JoyAnnReid: "There is a lot that has changed about the Earth that has made these things worse, right? I mean, these things are thriving because the water is getting warmer … There’s just no doubt, I think, left that it is feeding these beasts.” pic.twitter.com/JfsfsYD47w

Yes, even with Ian, Florida hurricane landfalls have decreased over the last 171 years of recordkeeping. As far as major hurricanes go (Category 3-5; max sustained winds ≥111 mph), there has been no trend. pic.twitter.com/HfE2Ha1kOI 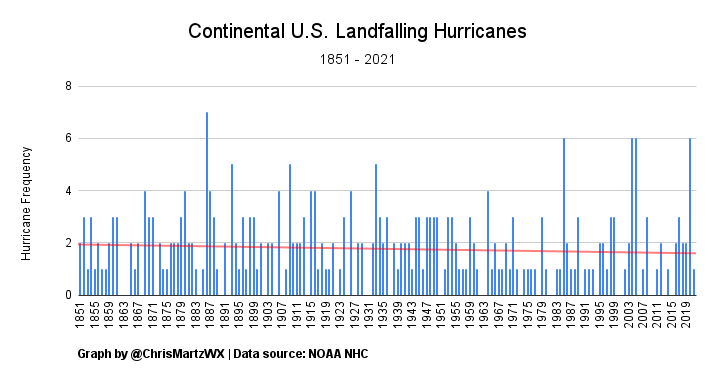 Meteorologist Dr. Ryan Maue: ‘There is no global trend in the number of tropical storms or hurricanes during the past 50+ years’ 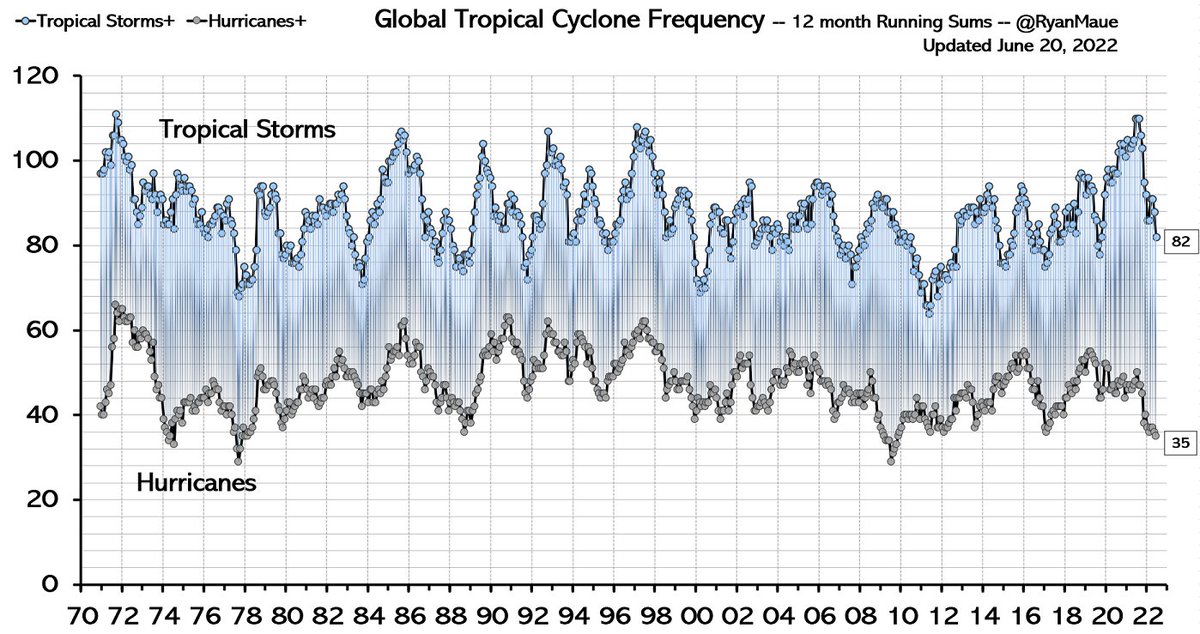 Climate alarmists say climate change is why hurricanes, tornados, and droughts are increasing.

But those are NOT increasing, @ClimateDepot explains that and more in the movie @Climate_Hustle 2: pic.twitter.com/gEKmWyAK2b

If he can't tell the truth about that, I doubt he'll be setting anyone straight about anything else. pic.twitter.com/aP502TFgpD

Reality Check: Via Chapter 3 of Green Fraud: Why the Green New Deal is Even Worse Than You Think – By Marc Morano – 2021

An August 2019 NOAA statement concluded, “It is premature to conclude . . . that global warming has already had a detectable impact on hurricane activity.” The NOAA statement added that U.S. landfalling hurricanes “‘show a slight negative trend’ since ‘late 1800s.’”65

Norwegian professor Ole Humlum explained in his 2020 State of the Climate Report: “Tropical storms and hurricanes have displayed large annual variations in accumulated cyclone energy (ACE) since 1970, but there has been no overall trend towards either lower or higher activity. The same applies for the number of continental hurricane landfalls in the USA, in a record going back to 1851.”67

In 2019, extreme-weather expert Roger Pielke Jr. noted that the federal National Climate Assessment released in 2018 ignored one of its own expert reviewers, who wrote: “National Hurricane Center going back to the 1800s data clearly indicate a drop in the decadal rate of US landfalling hurricanes since the 1960s…instead you spin the topic to make it sound like the trends are all towards more cyclones.”68

The WMO (World Meteorological Organization) said, “No observational studies have provided convincing evidence of a detectable anthropogenic influence specifically on hurricane-related precipitation.” The WMO assessment concluded that “anthropogenic signals are not yet clearly detectable in observations for most TC (tropical cyclones) metrics.”69

A study by NOAA hurricane researcher Chris Landsea found that “only 2 of these [recent] 10 Category 5s would have been recorded as Cat 5 if they had occurred during the late-1940s period.”70

Hurricane Maria, which hit Puerto Rico in 2017, with the eighth-lowest landfall pressure (917 MB) on record in the Atlantic Basin, was not an unprecedented storm. Meteorologist Anthony Watts noted, “With Irma ranked 7th, and Harvey ranked 18th, it’s going to be tough for climate alarmists to try connecting these two storms to being driven by CO2/global warming. But they’ll do it anyway.”

In 2017 Roger Pielke Jr. of the University of Colorado testified to Congress there was simply “‘no evidence’ that hurricanes, floods, droughts, tornadoes are increasing.”54

A 2020 study by Pielke published in the journal Environmental Hazards found that the “evidence signal of human-caused climate change in the form of increased global economic losses from more frequent or more intense weather extremes has not yet been detected.”55

On nearly every metric, extreme weather is on either no trend or a declining trend on climate timescales. Even the UN IPCC admitted in a 2018 special report that extreme weather events have not increased. The IPCC’s special report found that “there is only low confidence regarding changes in global tropical cyclone numbers under global warming over the last four decades.”56 The IPCC report also concluded “low confidence in the sign of drought trends since 1950 at global scale.”

Pielke testified to Congress on the current state of weather extremes, “It is misleading, and just plain incorrect, to claim that disasters associated with hurricanes, tornadoes, floods, or droughts have increased on climate timescales either in the United States or globally.”

“To date, global observations do not show any significant trends in both the number and the energy accumulated by hurricanes… as claimed in several specific papers for the USA, which report the trend dating back to over 160 years ago, or for other regions of the globe.” pic.twitter.com/4NO6kfknJP

There’s no statistical or physical reason to produce a chart or data analysis of only Atlantic hurricanes starting in 1970 or 1980. We have data records going back to the 19th century, with reasonable reliability back to 1945, especially with landfalls.

D’Aleo: “The US hurricane trend like Florida is down.”

Meteorologist Joe Bastardi noted: “There were SIX hurricanes that hit the Southern part of Florida, below a line from Tampa to Cape Canaveral on the Atlantic in the last 57 years. If you look at the prior 50 years, there were SIXTEEN strikes!”

The Financial Times reported that “hurricane frequency is on the rise.”

All of those claims are false. The increasing cost of hurricane damage can be explained entirely by more people and more property in harm’s way. …

The New York Times graph (left) inappropriately cherry-picks data from the post-1980 period while the Financial Times graph (right) misrepresents improved hurricane detection as rising hurricane frequency. … The reason we can’t attribute trends in hurricanes to climate change is that since reliable records started being kept the data indicates that hurricanes aren’t increasing in either frequency or intensity — full stop. To suggest that “climate change makes stronger hurricanes more likely or frequent” inappropriately misleads listeners and readers to believe that hurricanes are growing more likely or frequent.  … it is time to state the obvious. The media are consciously and deliberately misleading the public about the relationship between climate change and hurricanes. That means they are lying. Mainstream news reporters, and their editors, at The Financial Times, New York Times, Washington Post, ABC News, and other outlets know perfectly well that hurricanes are not increasing in either frequency or intensity and have decided to mislead readers and viewers into believing the opposite.