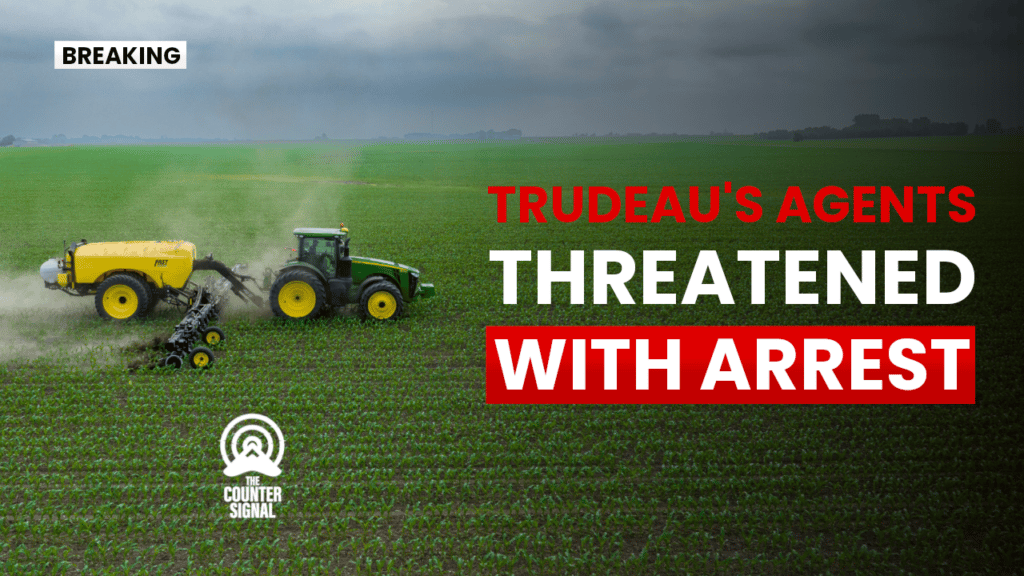 Trudeau has sent Ministry of Climate Change Agents to trespass on farmland to test how compliant Canadians are with his Starvation Policy. This could not be more serious.

Saskatchewan Minister Jeremy Cockrill has sent a warning to the Trudeau government that officers sent by Ottawa will be arrested if they continue to trespass on farmland to test nitrogen levels.

According to Cockrill, Trudeau’s government has been unlawfully sending federal employees onto Saskatchewan farmlands to test for nitrogen levels without the consent of landowners.

In the letter, the Minister raised multiple complaints from Saskatchewan farmers that raised “serious concerns about Government of Canada employees, in clearly marked Government of Canada vehicles, trespassing on private lands.” The farmers reporting these trespasses made clear that these government agents did not request permission to access the land and were not in any other manner given consent to access it.

Minister Cockrill further pointed out to the Trudeau government that these actions constitute a breach of the Saskatchewan Trespass to Property Act, and warned that these actions could carry with them serious penalties, including fines of up to $200,000 and up to six months in prison.

By sending this letter, the Saskatchewan government has provided a clear order to the Trudeau government to cease and desist with any unlawful trespasses and warned them that should it continue, their employees could face arrest and prosecution.

What is more concerning to some than the actual trespass are the motivations of the federal agents. According to the land owners who confronted the federal agents trespassing on their land, they were told that the purpose of them being there was to test the water in the farmers’ dugouts to measure nitrate levels.

For those following recent news in the agricultural world, this is being seen as connected to the Trudeau government’s recently announced policy to reduce the use of fertilizer on Canadian farms by 30%. This policy has been widely criticized by farmers across the country and by provincial governments in the Western provinces.

Some observers have said that there is reason to suspect that these actions are the first steps in replicating the attacks on farmers that have provoked widespread unrest in the Netherlands and other places in Europe.

While the federal government has not yet confirmed it, there is speculation that the water sampling we now know is underway, will be used as baseline measurements to enforce reductions in fertilizer usage going forward.

All of these factors have led Saskatchewan Premier Scott Moe to demand an explanation from the Trudeau government as to what exactly they were up to.