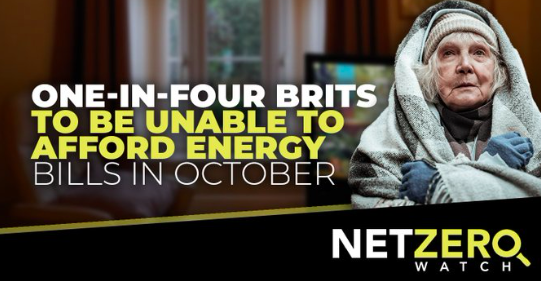 As UK’s energy crisis deepens new analysis finds that one-in-four people in the UK will not be able to pay for energy bills in October, when the new price cap will come into force.

Citizens Advice suggests in January, when new price hikes are expected to come in, this figure could jump to one-in-three.

The charity notes that more than half of the people predicted to be unable to pay their energy bills are not currently eligible for the government’s targeted support to people on means-tested benefits.

Most of these households are active workforce and earn less than £30,000 a year, the analysis suggests.

A few days ago, an Ipsos survey found that two-thirds of voters believed the government was not doing enough to help people with soaring energy bills.

Today, the Greens said nationalising the big five energy companies was a necessary step to avert the coming “catastrophe” this winter.

The plan for the nationalisation of energy firms was also proposed by the TUC last month – it estimated that taking the Big Five energy retail firms into public ownership would cost £2.85 billion, less than the estimated £2.7 billion cost of energy company bailouts so far. 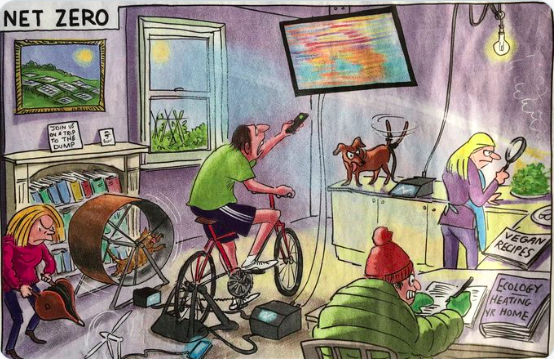 “Most of the UK’s biggest firms are now exposed to eye-watering energy prices and it is no exaggeration to say the survival of some firms will be under threat this winter.”

Based on current forecasts, clean energy specialist Squeaky has calculated that UK industry could be hit with £49.2bn bill for wholesale gas and electricity costs combined in 2023.

Overall, this is a 260 per cent increase from the industry’s energy bill in 2021, which climbed to £13.7bn, and a huge hike on Squeaky’s forecasts of a £20bn-plus bill this year.

The data reflects the forward curve for power prices for the rest of 2022.

Squeaky compared prices from earlier this month with figures from two years ago, prior to the crisis.

In early August, electricity prices were trading at £333 MWh, which is 851 per cent higher than the cost of electricity in 2020.

The energy specialist has calculated the price of electricity could be as high as £422 MWh in 2023.

Chris Bowden, founder and chief executive of Squeaky, told City A.M.: “Since it began, the energy crisis has been a ticking time bomb for businesses. Most of the UK’s biggest firms are now exposed to eye-watering energy prices and it is no exaggeration to say the survival of some firms will be under threat this winter.”