Germany U-turns on nuclear in scramble to avert winter crisis 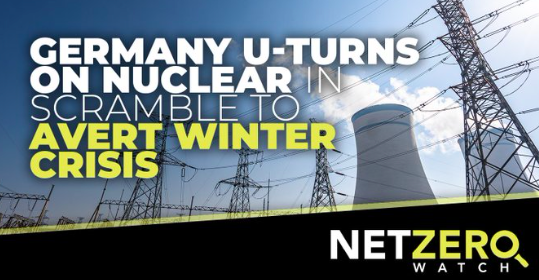 Germany plans to keep its remaining nuclear power plants open for longer in a major U-turn as it scrambles to keep the lights on this winter with less Russian gas.

Officials have concluded the plants are needed due to gas shortages and they can be kept open without safety concerns, the Wall Street Journal reported.

Germany pledged to phase out nuclear power after the Fukushima disaster in Japan in 2011, which hardened opposition to the technology.

Berlin has been under pressure to change course since the invasion of Ukraine to limit the impact of the gas crisis on manufacturers and households.

Germany has three plants left, operated by E.ON, EnBW and RWE, supplying about 6pc of the country’s electricity.

They are currently due to close at the end of the year. Any extension has yet to be officially adopted and details remain under discussion, the Wall Street Journal added.

It came as Norway warned it could not do more to help Germany avoid a gas crisis this winter as Russia restricts supplies.

“We cannot simply decide politically, we are now delivering even more,” he told Olaf Scholz, Germany’s chancellor, during a meeting in Oslo.

It limits Germany’s options as it scrambles to find new sources of gas after Russia’s invasion of Ukraine disrupted a key source of supply.

Europe’s largest economy is among the countries most affected as Russia restricts supplies to Europe in retaliation over sanctions. Germany bought about 50pc of its gas from Russia prior to the war.

It is now racing to fill up gas storage sites ahead of winter. They were more than 75pc full as of last Friday, ahead of schedule, but it aims to reach 95pc by November 1 to try and avoid a gas crisis this winter.

Uniper, RWE and EnBW have agreed to keep two Floating Storage and Regasification Units (FSRUs) in Brunsbuettel and Wilhelmshaven fully supplied from their expected operational start this winter until March 2024.

It exported about 5.7pc more gas this July compared to last amid rising demand from Germany and others. The value of the exports was four times higher, at almost £11bn, as gas prices soared.

At the meeting in Oslo, Mr Scholz, Germany’s Chancellor, thanked Norway for “exhausting its gas supplies to the maximum”, according to reports in the German press.

He added this was “very important to reduce our gas dependency on Russia”.

Economists warned yesterday that Germany is on track for recession as the energy crisis undermines confidence. Sentiment among financiers and business leaders has dropped to its lowest since the financial crisis, according to the monthly ZEW survey.

An old German dogma now seems to be crumbling: the rejection of nuclear energy. Concerns are either being put on the backburner or are evaporating. 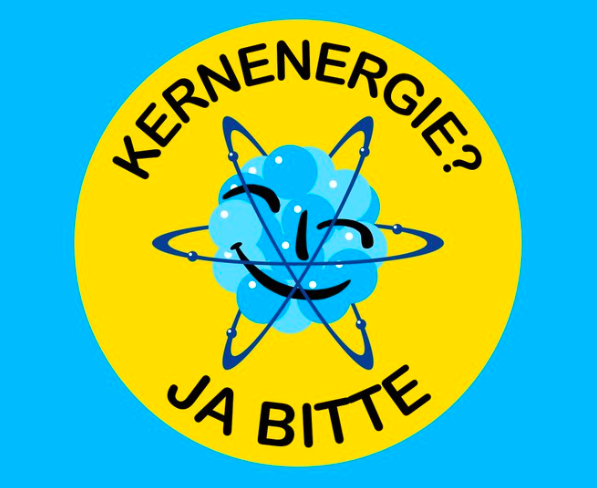 According to a new survey from DER SPIEGEL, three quarters of all Germans want to continue the operations of Germany’s remaining nuclear power plants, throwing into question the country’s much-touted plan to phase out nuclear energy. Is the country about to make a U-turn on the issue?

Winter is coming and Klaus Zilian is worried. He lives with his wife and two children in Neustadt, in the northwestern German state of Schleswig-Holstein, in the single-family home the couple bought 14 years ago – 160 square meters (1,500 square feet), seven rooms and insulating plaster the color of champagne. The electricity comes from the municipal utility company, the house is heated with gas and the Baltic Sea is only a five-minute walk away. It’s typical middle-class prosperity.

The family will be able to handle the fact that the energy prices are going up due to the Russian reduction of the flows of natural gas into Germany, Zilian says. But what if the house suddenly gets cold because there’s just not enough gas? “I can already see us cuddling under blankets,” says Zilian, who heads a financial consultancy.

He has backed away from a formerly held conviction. “I was always in favor of the plan to phase out nuclear power,” the 54-year-old says of Germany’s plan to take all of its atomic energy plants offline by the end of this year. He says the situation changed because of the crisis with Russia. He says he supports keeping nuclear power plants online to prevent having to use natural gas to generate electricity. “We should use the existing nuclear power plants for as long as the crisis lasts,” he says.

It’s a typical scene from a country that is afraid, even amid the summer heat, of the coming winter and the threat of gas shortages. It’s a country eyeing its nuclear power plants, the few that are still operating and those that were just recently switched off, from a new perspective: Couldn’t they help now, amid the potentially imminent emergency? In any case, many people no longer seem to see the cooling towers and their clouds of steam as a symbol of evil, but rather one of hope.

A poll commissioned by DER SPIEGEL has revealed some rather shocking numbers. According to the survey carried out by the online polling firm Civey, only 22 percent of those surveyed are in favor of shutting down the three nuclear plants that are still in operation in Germany – Isar 2, Neckarwestheim 2 and Emsland – as planned at the end of the year.

Seventy-eight percent of those surveyed are in favor of continuing to operate the plants until the summer of 2023, a variant that is being discussed in the political sphere as a “stretch operation” – in other words, continuing to keep them online for a few months, but without the acquisition of new fuel rods. Even among Green Party supporters, a narrow majority favors this approach.

Is this the crisis talking? Is it a pragmatic view centered on the idea that it’s just a few months and they won’t change anything about the planned phaseout of nuclear power? Probably not. The answers suggest that the attitude of Germans toward nuclear power has changed significantly. Sixty-seven percent are in favor of continuing to operate the nuclear plants for the next five years, with only 27 percent opposed to it. The only group without a clear majority in favor of running the plants for the next five years are the supporters of the Green Party. Backers of the center-right Christian Democrats (CDU) and their Bavarian sister party the Christian Social Union (CSU), as well as those supporting the pro-business Free Democrats (FDP) and the far-right Alternative for Germany (AfD) are over 80 percent in favor of having the nuclear plants running for that long.

On the question of whether Germany should build new nuclear power plants because of the energy crisis, 41 percent of respondents answered “yes,” meaning they favor an approach that isn’t even up for debate in Germany.

The results are astounding all around, especially compared with past surveys. Thirty-three years ago, a polling institute asked a similar question on behalf of DER SPIEGEL. At the time, only a miniscule 3 percent of respondents thought Germany should build new plants.

Officially, German is supposed to be transitioning to green energies, but these polling figures suggest that people may be interested in returning to the old energy status quo.

But how is that even possible? It had already become clear in recent years that support for the nuclear phaseout was already slowly crumbling. The Russian war of aggression against Ukraine has now accelerated this shift, calling into question many old certainties, or overturning them completely. Formerly staunch pacifists now support weapons deliveries. A Green Party economics minister is going on a gas-shopping spree to Qatar. The energy security that people took for granted for decades in Germany has been shaken ever since Russia cut gas deliveries and costs rose.

The result being that an old German dogma now seems to be crumbling: the rejection of nuclear energy. Concerns are either being put on the backburner or are evaporating. Radiation from nuclear waste? Safety risks? Danger of large-scale disasters? Who cares. Those are things you worry about when you have working heat. Electricity first, then ethics.

Coal is experiencing a comeback on several fronts in Europe’s top economy.

A looming shortage of Russian gas in the wake of the Ukraine war has reignited enthusiasm for this method of heating private homes despite its sooty residue and heavy carbon footprint.

Engelke, 46, head of the century-old Berlin business Hans Engelke Energie, says it’s brought a bonanza for his family business: “My holidays will have to wait.”

He and his team are frenziedly taking orders, organising deliveries by truck — now booked out until October, and getting supplies ready for those who come directly to pick up coal from his warehouse.

On a hot summer’s day, he weighs and bags loose coal amid the dust and din of his filling machine, then arranges the bags on pallets, awaiting customers.

In Berlin, 5-6,000 homes still heat with coal — only a fraction of the city’s 1.9 million homes, say municipal authorities.

Engelke’s customers are often elderly people, sometimes entirely dependent on coal and living in old dwellings that have never been renovated.

Others are lovers of the “cosy” heat emanating from often ornate old ceramic stoves.

But this year, new customers have arrived “en masse”, says Engelke, whose medium-sized company has also diversified into wood pellets and fuel oil.

“Those who heat with gas but who still have a stove at home now all want to have coal,” he said, citing a phenomenon seen throughout Germany as winter approaches.

‘Better than being cold’

Jean Blum is one of the new converts.

The 55-year-old man with tousled hair and a bushy white beard loads 25-kilogram (55-pound) bags filled with precious black briquettes in his trailer.

“I’m buying coal for the first time in years,” he tells AFP.

Since his home is equipped with gas heating, he sometimes lights his stove, but only with wood.

With the jump in gas prices, which will be exacerbated this autumn when operators will be able to pass on the increase in energy levies to the consumer, Blum wants to make sure he has a safety net.

“Even if it’s bad for your health, it’s still better than being cold,” he says.

Although coal prices have soared 30 percent this season, it remains cheaper than wood, whose price has more than doubled.

“I worry when I wonder if there will be enough gas for everyone,” he adds, noting that Russian President Vladimir Putin has already partially closed the gas tap on Germany after Western nations imposed new sanctions on Moscow.

The black fuel is experiencing a comeback on several fronts in Europe’s top economy.

The German government had already resolved to increase the use of coal-fuelled power plants to satisfy the enormous appetites of several industries.

However Berlin insists it will keep its pledge to phase out the heavily polluting energy source by 2030 and rules out a “renaissance of fossil fuels, in particular coal,” as Chancellor Olaf Scholz recently vowed.

However with new private customers coming out of the woodwork, production has a hard time keeping up, and many small coal merchants in the capital are running out of supplies.

“We produce at full capacity during the summer, with three shifts, seven days a week,” Thoralf Schirmer, spokesman for LEAG, a mining site in the Lusatia basin, told AFP.

Production has jumped 40 percent since January, he said, but demand is strong everywhere and the situation is expected to remain tense at least until this winter.

Adding to the pressure is the fact that the other factory supplying the market in Germany, based in the Rhine valley, will cease production at the end of the year, reducing supply.

“I dread the winter a bit,” Engelke, the coal seller, admits.

Currently, people are relatively relaxed when they learn that they will have to wait at least two months before getting deliveries, he says.

“Things will be radically different when it starts to get cold outside.”