NPR: ‘There’s a nationwide Sriracha shortage, & climate change may be to blame’

“Sriracha is actually made from a very special type of pepper that only grows in the southern U.S. and northern Mexico,” Murray Tortarolo said...but northern Mexico is in its second year of a drought. 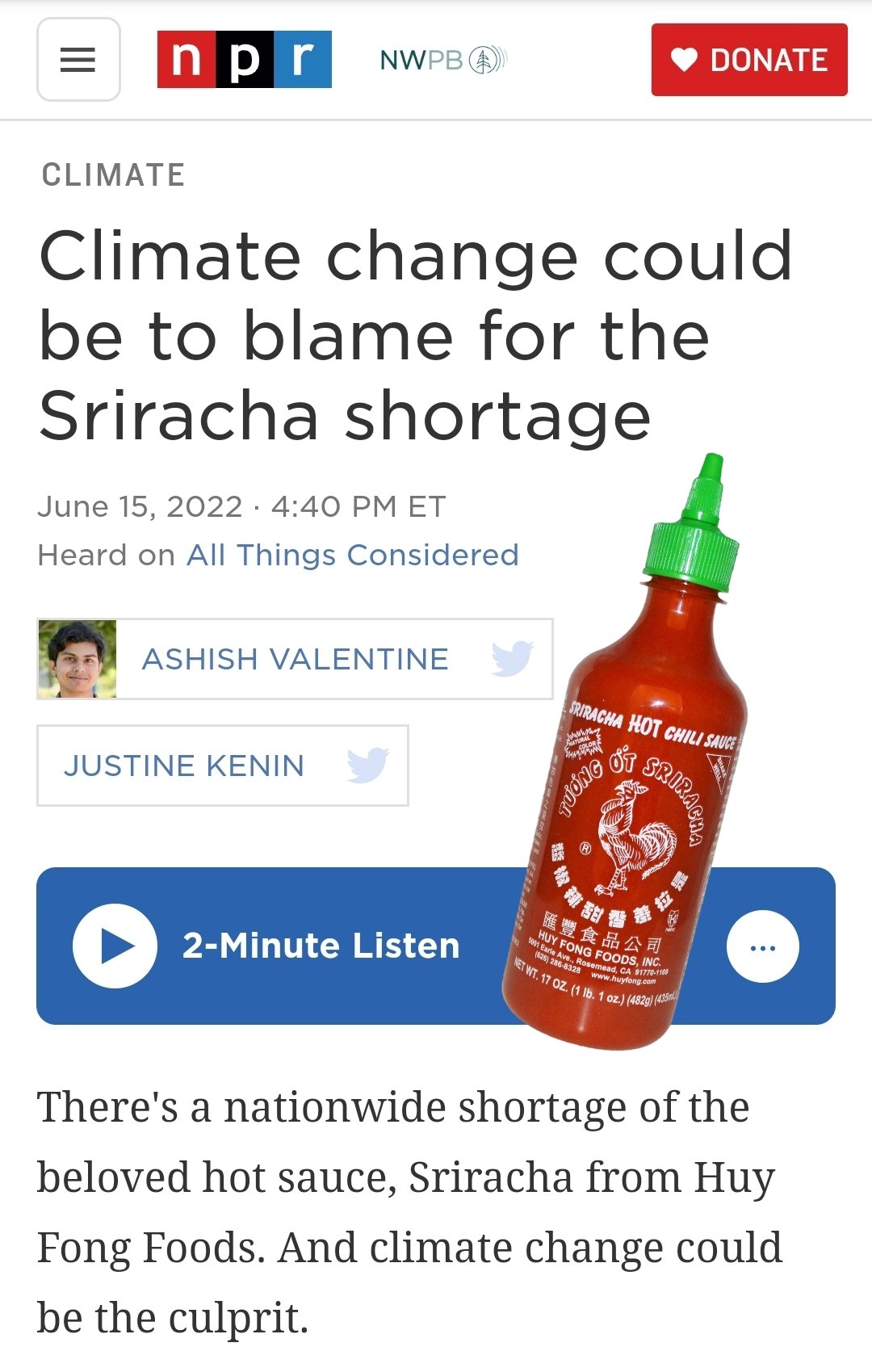 The company that makes Sriracha, Huy Fong Foods, wrote in an email to customers in late April that it will have to stop making the sauce for the next few months due to “severe weather conditions affecting the quality of chili peppers.”

The spicy sauce has something of a cult following, and so when the news filtered through, some fans took to social media to express their dismay and post about panic buying (with varying degrees of irony.)

The shortage is due to a failed chili pepper harvest in northern Mexico, where all of the chilies used in Sriracha come from, according to National Autonomous University of Mexico’s Guillermo Murray Tortarolo, who studies climate and ecosystems.

“Sriracha is actually made from a very special type of pepper that only grows in the southern U.S. and northern Mexico,” Murray Tortarolo said. “These red jalapeños are only grown during the first four months of the year, and they need very controlled conditions, particularly constant irrigation.”

Irrigation, of course, requires lots of water, but northern Mexico is in its second year of a drought.

“The already difficult conditions were pushed over the limit by two consecutive La Niña events. And the dry season has not only been intense, but also remarkably long,” Murray Tortarolo said.

As a result, the spring chili harvest was almost nonexistent this year. Murray Tortarolo thinks it’s very likely that climate change is a factor, although it requires further study to confirm.

On top of these conditions, the entire region that includes the southwestern U.S. and northern Mexico is suffering a “megadrought.” And it’s also connected to climate change. …

“Limiting global warming to below 2 degree Celsius puts us in a much better situation than if we let global warming go to 3 degrees or 4 degrees Celsius.”

So keeping Sriracha hot may depend on keeping the planet cool.