TIME senior correspondent Justin Worland proclaimed the dawn of a “green transition” for believers in climate change. But Worland admitted the left’s extreme green vision will be an existential threat for many blue-collar workers. 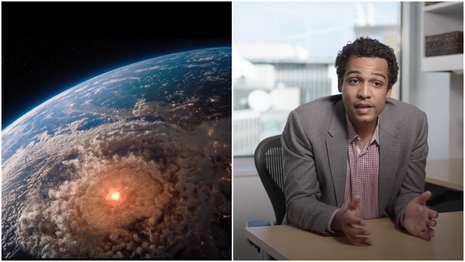 Worland preached straight from the book of climate revelation in an April 14 story headlined “Planet Earth’s Future Now Rests in the Hands of Big Business.”

He also tried to spin the unholy alliance between government and big business — what Worland labeled as “public-private partnerships” — as simply a business consideration. “[I]nvestors and corporate executives have become more aware of the threat climate change poses to their business and open to working to address its causes.”

But “public-private partnerships” are more wokeism in disguise, it seems. Environmental, social and governance standards (ESGs) played a big role in putting pressure on business leaders to obey climate regulations and rules, Worland suggested. ESG “had risen from a niche idea in the early 1990s to a mainstream approach to investment two decades later.”

Worland threw thousands of other Americans under the bus when he acknowledged that a green transition would lead to building electric vehicles, which “requires less labor [fewer jobs] than does its old-fashioned counterpart.” But that’s not all. “The green transition will also displace oil, gas, and coal workers,” he wrote. But hey, that list doesn’t include journalists, so why should he care?

He didn’t stop there. “Entire cities in flood and fire zones will be dislocated. Diseases will spread more quickly.” Worland then weaponized these apocalyptic images to justify government intervention in the economy. “How will society manage such problems, accounting for a diverse array of interests, without a comprehensive, government-led approach to the transition?”

This is reminiscent of how Worland pontificated in a 2021 piece that “Climate Is Everything.”

This is the same Worland who claimed back in 2020 that humanity had “One Last Chance” to save the planet. Is Worland the “boy who cried ‘climate disaster’”?

But who in government will lead Worland’s pipe dream of a radical “green transition”? Look no further than the man in the White House. Worland heaped praise on President Joe Biden for his radical climate agenda: “It almost goes without saying that Biden has been the most aggressive U.S. president yet on the climate issue.”

Inflation and soaring gas prices have caused anger over Biden’s disastrous energy policies, however. Former Energy secretary Rick Perry under President Donald Trump appeared on the March 15 edition of Hannity and lambasted Biden for selling out to the woke left. “This message from the Biden administration to the rest of the world, but particularly to the woke left, that, ‘I’m going to do what you demand me to do,’ and that is to bring the oil and gas industry to its knees. That message is being heard loud and clear.”