Hollywood screenwriters have been scolded by a green group and urged to improve their narrative on “climate change” by embracing the group’s playbook released Tuesday designed to enhance correct thinking on global warming.

The result will see more climate activism than ever before on screens large and small while not necessarily imitating the The Day After Tomorrow (2004), the most famous example of a climate disaster film when the planet is beset by superstorms, hurricanes and tsunamis.

The new call is for subtle messages built around key words and scenarios.

Only a sliver of screen fiction, 2.8 perhaps, refers to climate change-related words, according to a study of 37,453 film and TV scripts from 2016-20 that is the basis for the climate guide, AP reports.

Good Energy: A Playbook for Screenwriting in the Age of Climate Change is designed to address that.

It was created with feedback from more than 100 film and TV writers, said Anna Jane Joyner, editor-in-chief of the playbook and founder of Good Energy, a nonprofit consultancy.

“A big hurdle that we encountered was that writers were associating climate stories with apocalypse stories,” she said in an interview with AP. “The main purpose of the playbook is to expand that menu of possibilities….to a larger array of how it would be showing up in our real life.”

Bloomberg Philanthropies, Sierra Club and the Walton Family Foundation are just three of the groups that provided funding for the guide even as viewers over the past decade and a half have been bombarded by movies based on climate change: 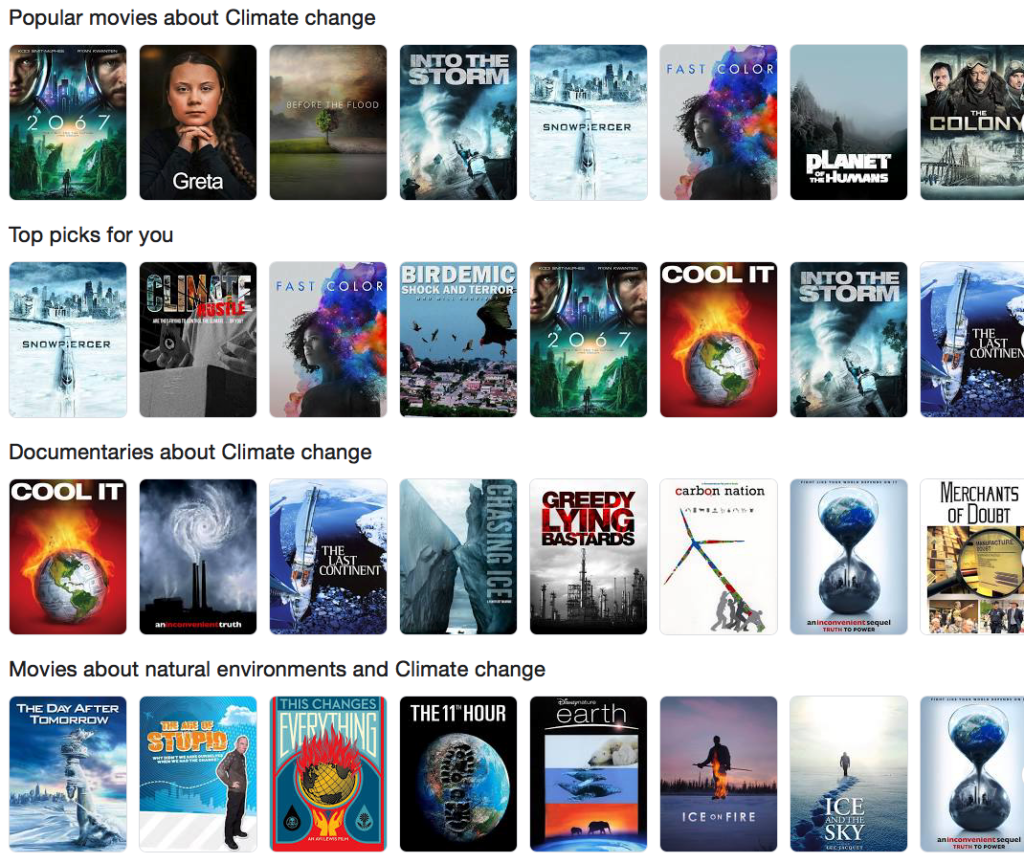 The AP reports sets out why it is necessary for Hollywood to do better and think as one, even as “Waves of celebrities have been sounding the climate alarm, including Leonardo DiCaprio, Jane Fonda, Don Cheadle and Shailene Woodley.

DiCaprio also starred in Don’t Look Up, the 2021 Oscar-nominated film in which a comet hurtling toward an indifferent Earth is a metaphor for the peril of climate-change apathy.”

But the Hollywood climate playbook is asking writers and industry executives to consider a variety of less-dire approaches, Joyner said, with examples and resources included.