Michael Shellenberger: ‘We are on the brink of global famine due to energy shortages & yet progressive politicians are…refusing to remove barriers to production’ 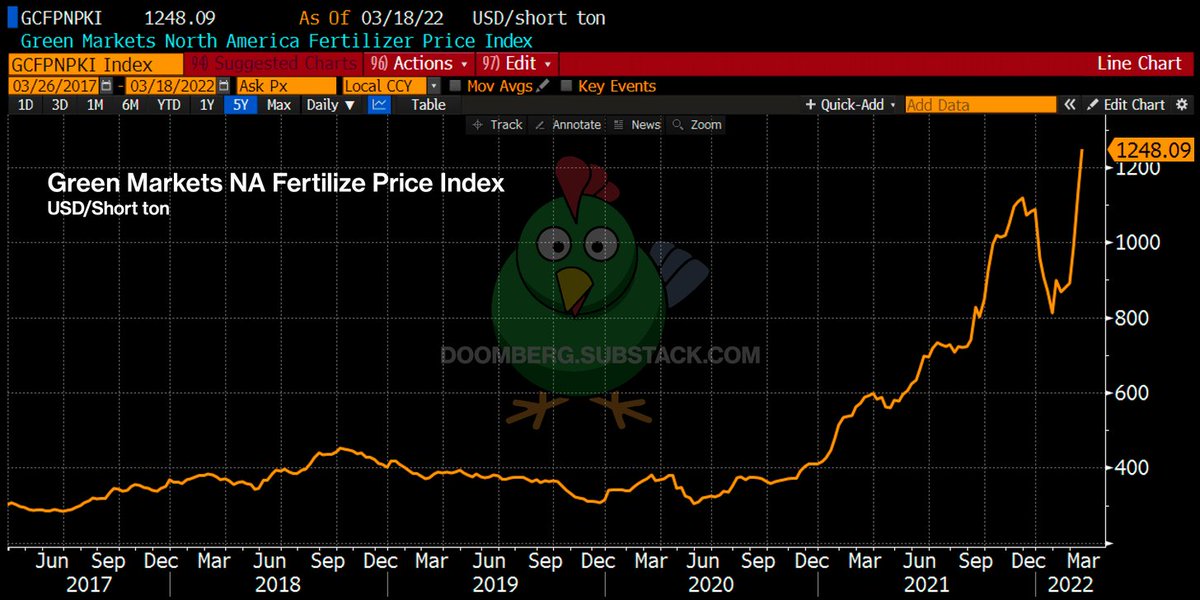 And we need more than fertilizer

“80% of grain dryers in the US rely on propane…. Line 5 is crucial to the stability of the US supply of propane. And yet the Attorney General of Michigan… vowed to shut down the pipeline” 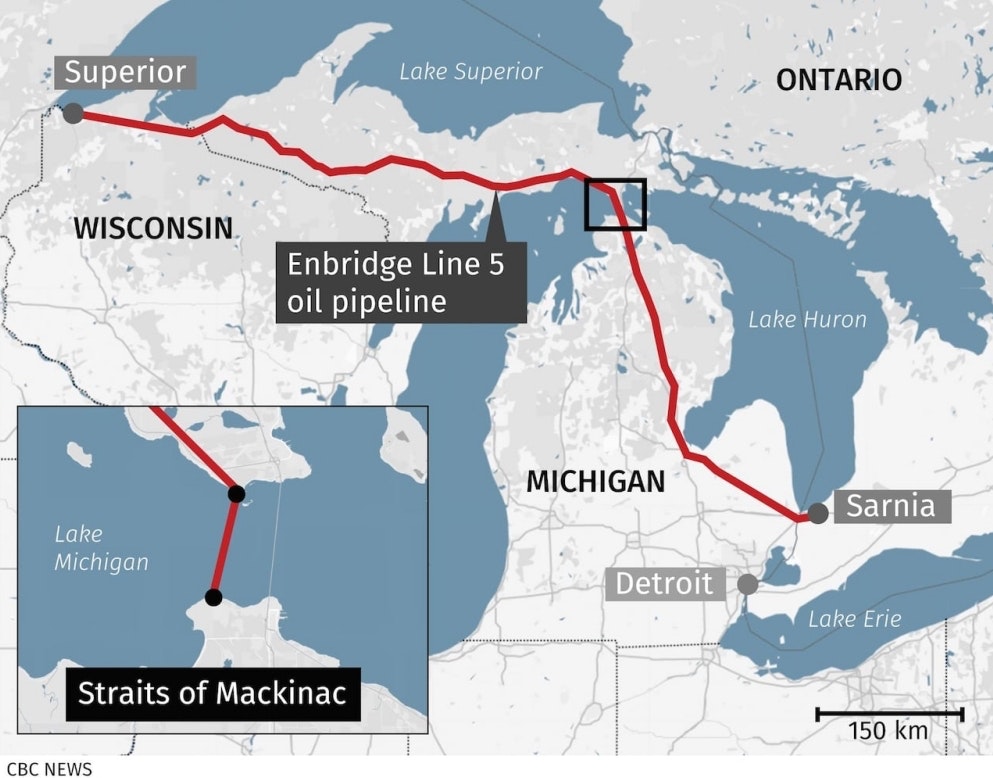 Farmers on the BrinkWe are at the onset of a global famine of historic proportions.https://doomberg.substack.com/p/farmers-on-the-brink?token=eyJ1c2VyX2lkIjoyMjU1NDMzLCJwb3N0X2lkIjo1MTAyODgxMSwiXyI6IjdrY3NVIiwiaWF0IjoxNjQ4Mjk4MDg5LCJleHAiOjE2NDgzMDE2ODksImlzcyI6InB1Yi0zNDMxMzkiLCJzdWIiOiJwb3N0LXJlYWN0aW9uIn0.kYoJj7g50_7ZnJD13-_bFylZ0vfGDqBFNaRI7NRCiMA&s=r
“The tempest caused by the European energy disaster has merged with the hurricane of consequences flowing from Russia’s invasion of Ukraine, forming the genesis of a generational crisis in food that will leave few unaffected.”
“In a financial crash, the correlation between all asset classes converges. The coming crash in food supply will be driven by a similar phenomenon across virtually every input into farming – they are all spiking to historic highs simultaneously.”
Nobody can say they weren’t warned
Unroll available on Thread Reader
Western civilization destroys itself from within
Unroll available on Thread Reader
The era of wishful thinking is over
Unroll available on Thread Reader
Historians of the future will note that the energy crisis was created by Malthusian ruling class of North America & Europe @europeangreens @BernieSanders @billmckibben @GretaThunberg @guardian @nytimes @washingtonpost @NewYorker
Unroll available on Thread Reader
If there are famines this year they won’t be the first ones created by Malthusians

They won’t even be the first ones created *this century*

It’s not just that Malthusians are wrong analytically, they’re wrong morally. For them famines are a feature not a bug 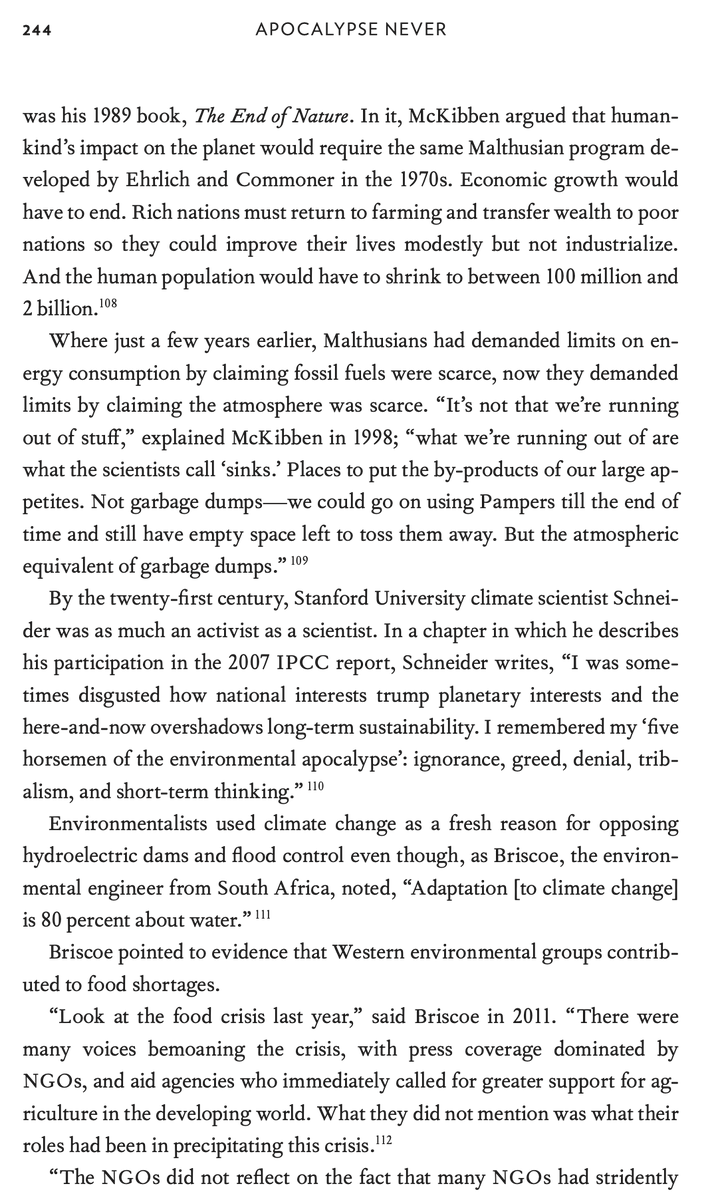 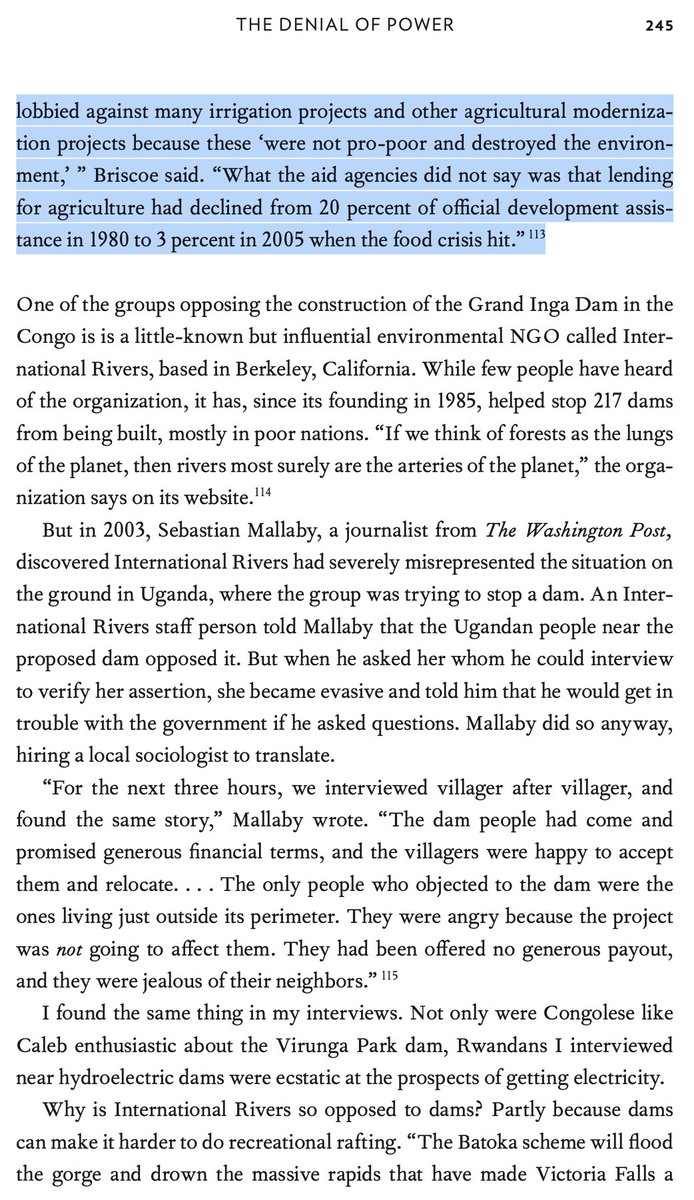 The writing’s been on the wall

Their panic had a purpose

Unroll available on Thread Reader
What’s that? You find all of this depressing?

Here, have some fentanyl

Unroll available on Thread Reader
“We are on the cusp of a mass starvation event of our own making. The leaders who put us in this position are doubling down on their misguided energy policies and will continue to do so UNTIL THEY ARE OVERTHROWN.”

Starvation Diet“It’s important to recognize that net zero demands a transformation of the entire economy.” – Larry Fink We are on the cusp of a significant mass starvation event of our own making. Soon, tens of mill…https://doomberg.substack.com/p/starvation-diet?s=w
Funny how I forgot to mention that California’s Gov. @GavinNewsom intends to shut down our last nuclear plant in two years. In the midst of an energy crisis. In the name of climate change.

Happily, there’s a quick fix to that one: