Warmist Michael Mann to leave Penn State for 16 years & join the U. of Pennsylvania – Will lead new Penn Center for Science, Sustainability and the Media

Michael Mann, a high-profile Pennsylvania State University climate scientist who has drawn criticism from the right wing, is coming to Philadelphia for a new job.

Mann, 56, who has been at Penn State for 16 years, will join the University of Pennsylvania, where he will lead the new Penn Center for Science, Sustainability and the Media, as well as serve as a presidential distinguished professor in the department of Earth and environmental science. He also will have a secondary appointment in the Annenberg School for Communication.

Climate Depot’s Medieval Warm Period Round Up of Studies

Michael Mann says lawsuit against National Review is on! Climate Depot responds to Mann and his lawyer’s claims about the Hockey Stick & Climategate

Update: Climate Depot Exclusive: Climategate prof. Michael Mann may be moving back to the University of Virginia — Reportedly about to be offered ‘chaired professorship’ at UVA

The 10th Anniversary of Climategate scandal

UN IPCC exposed as “the best science that politics and activism could manufacture.”

Clive Crook, writing for the Atlantic: “The Penn State inquiry exonerating Michael Mann—the paleoclimatologist who came up with ‘the hockey stick’—would be difficult to parody. Three of four allegations are dismissed out of hand at the outset: the inquiry announces that, for ‘lack of credible evidence’, it will not even investigate them…. You think I exaggerate?…In short, the case for the prosecution is never heard. Mann is asked if the allegations (well, one of them) are true, and says no.”

Chris Horner, author of the 2007 Politically Incorrect Guide® to Global Warming, reported on the efforts to delete correspondence by Climategate scientists. “Phil Jones in the United Kingdom asked Mann, now at Penn State, by email to delete records being sought under the UK’s Freedom of Information Act, and to get a colleague to do so as well,” Horner explained in 2011.

Can you delete any emails you may have had with Keith [Briffa] re AR4 [UN IPCC 4th Assessment]? Keith will do likewise. He’s not in at the moment—minor family crisis. Can you also email Gene and get him to do the same? I don’t have his new email address. We will be getting Caspar [Ammann] to do likewise.

According to Wahl, Mann did contact him. “For the record, while I received the email from CRU [Phil Jones Climatic Research Unit] as forwarded by Dr. Mann, the forwarded message came without any additional comment from Dr. Mann; there was no request from him to delete emails,” Wahl explained in 2011.

The Telegraph reported that CRU director Jones was “accused of making error of judgment by colleague” Mann for asking their colleagues to “delete
sensitive emails to evade Freedom of Information requests.” Mann tried to distance himself from Jones, “I can’t justify the action, I can only speculate
that he was feeling so under attack that he made some poor decisions frankly and I think that’s clear.” Jones retired in 2016.

A Washington Post editorial on November 25, 2009, summed up the unfolding scandal:

According to one of the stolen e-mails, CRU [Climate Research Unit] Director Phil Jones wrote that he would keep papers questioning the connection between warming and human activity out of the authoritative Intergovernmental Panel on Climate Change report “even if we have to redefine what the peer-review literature is!”

In another, Mr. Jones and Pennsylvania State University’s Michael E. Mann write about an academic journal and its editor, with Mr. Mann discussing organizing a boycott of the publication and Mr. Jones saying, “I will be emailing the journal to tell them I’m having nothing more to do with it until they rid themselves of this troublesome editor.”

Other e-mails speak of withholding data from climate-change skeptics…. Climate scientists should not let themselves be goaded by the irresponsibility of the deniers into overstating the certainties of complex science or, worse, censoring discussion of them.

Mann joined Jones in planning to punish a scientific journal that he did not consider faithful to the climate narrative: “I think we have to stop considering Climate Research as a legitimate peer-reviewed journal. Perhaps we should encourage our colleagues in the climate research community to no longer submit to, or cite papers in, this journal.”

UN IPCC scientist Eduardo Zorita, for example, publicly declared that his colleagues Michael Mann and Phil Jones, who had both been implicated in Climategate, “should be barred from the IPCC process…. They are not credible anymore.”

Zorita also noted how petty and punitive the global warming science had become: “By writing these lines I will just probably achieve that a few of my future studies will, again, not see the light of publication.” 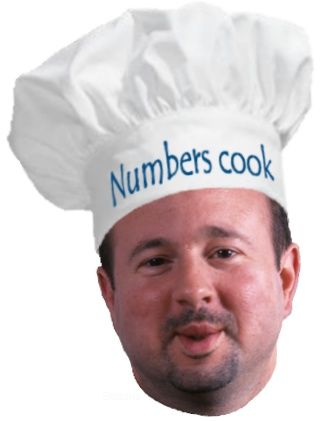 Mueller: ‘They (Mann et al) are not allowed to do this in science. This is not up to our standards’ — Analysis: ‘The NSF verdict on Mann shows just how corrupt the science establishment is’