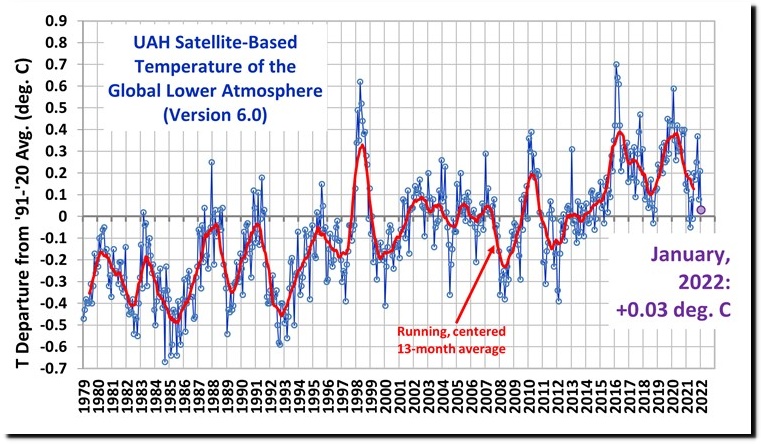 According to the European Centre for Medium-Range Weather Forecasts, earth has warmed 1.21C since the 1970s. Sea ice extent at both poles is just below average since the 1970s.