Meteorologist Paul Dorian: "Tropical cyclone activity across the Northern Hemisphere has been below-normal in 2021 in much the same way as it was last year. Specifically, while the Atlantic Basin featured above-normal tropical activity in this year and last, the Pacific Ocean experienced below-normal conditions in both years leading the way to below-normal levels across the hemisphere as a whole. In terms of tornadoes, it has been another below-normal season in the US with no EF-5’s recorded." 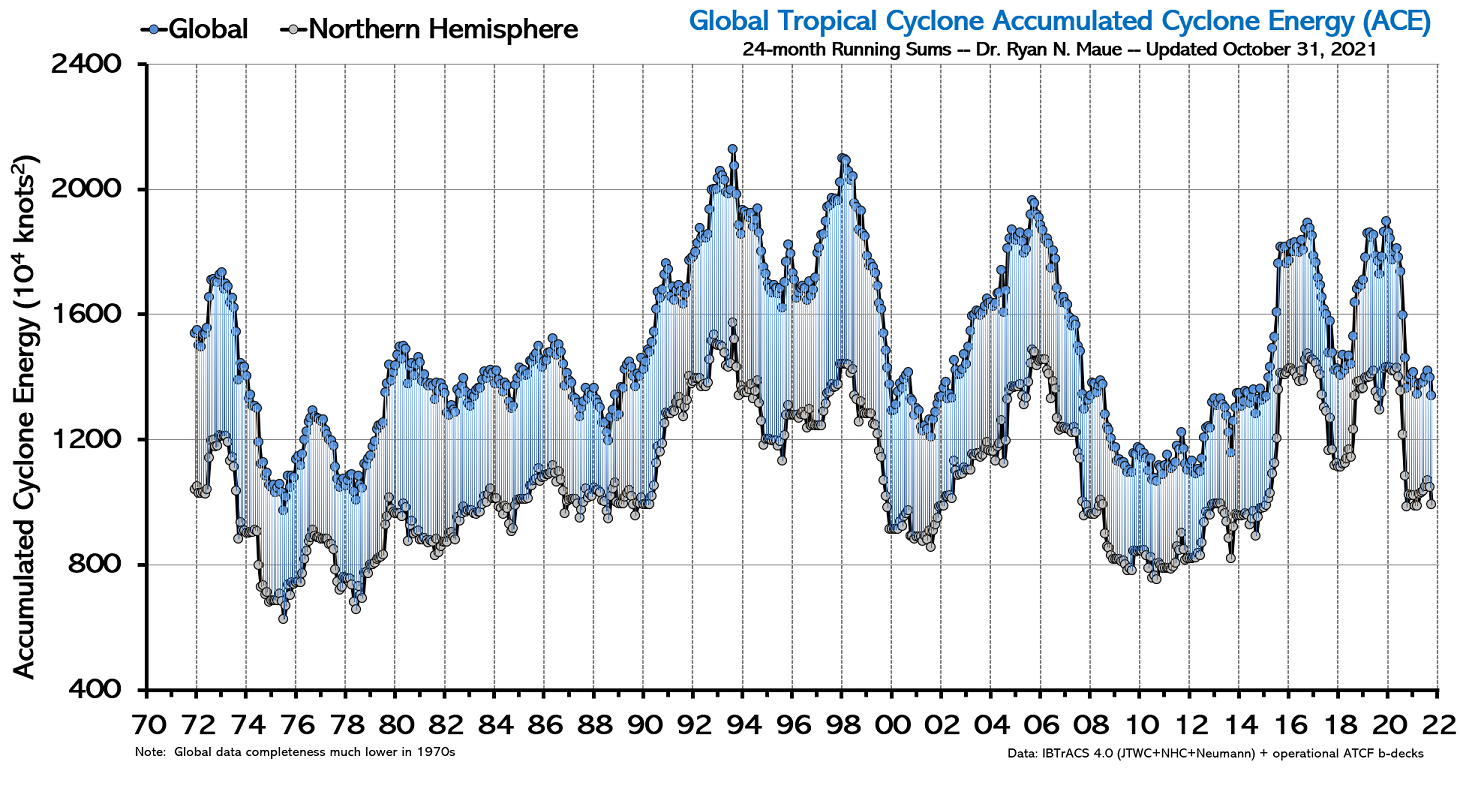 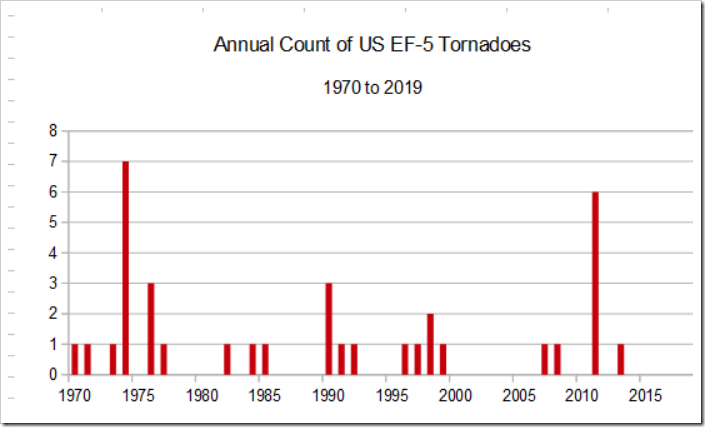 Tropical cyclone activity across the Northern Hemisphere has been below-normal in 2021 in much the same way as it was last year. Specifically, while the Atlantic Basin featured above-normal tropical activity in this year and last, the Pacific Ocean experienced below-normal conditions in both years leading the way to below-normal levels across the hemisphere as a whole. In terms of tornadoes, it has been another below-normal season in the US with no EF-5’s recorded.  There was, however, tornadic activity in some unusual places in 2021 including the Mid-Atlantic and New England.

There is no tropical activity right now in either the Atlantic or Pacific Ocean and none is expected in the near term. In fact, the tropical activity in both of these large bodies of water may very well be done for the 2021 season and there has been a rather dramatic drop off of activity in recent weeks. In fact, the quiet period in terms of tropical activity began in October and it turned out to be rather unusual in that there were no “major” hurricanes (Category 3 or above) anywhere across the globe. According to Dr. Philip Klotzbach of Colorado State University, this is the first time since 1977 that there were no “major” hurricanes during the month of October anywhere across the globe. Furthermore, in the period from mid-October to mid-November, the accumulated cyclone energy (defined below) across the globe was the lowest in the satellite era (since 1966).

The 2021 Atlantic Basin was above-normal in terms of the number of named storms (21) making it the third most active on record when using that particular metric.  Two Atlantic Basin tropical seasons have had a higher number of named storms: 2005 (28 named storms) and 2020 with 30 named storms.  There is another metric known as the accumulated cyclone energy (ACE) that meteorologists tend to favor in order to assess overall tropical activity.  The ACE metric – which was originally created by Dr. William Gray and associates at Colorado State University and later tweaked by NOAA – not only factors in the intensity of a tropical cyclone, it also takes into account its longevity. A “major” hurricane, for example, that lasts for a long time will have a much bigger impact on the accumulated cyclone energy than a short-lived and weaker tropical system.

While ACE was above-normal in the Atlantic Basin this season, it certainly wasn’t ranked as high on the historical scale for comparisons as was the “number of named storms” indicative of the fact that many of this year’s named tropical systems were either relatively short-lived or weak. The above-normal activity in the Atlantic Basin this year (and also in 2020) was fueled in part by La Nina conditions in the equatorial part of the Pacific Ocean. Typically, colder-than-normal sea surface temperatures in the tropical Pacific Ocean (i.e., La Nina conditions) lead to reduced overall wind shear in the tropical Atlantic Ocean and this, in turn, is a favorable factor for the formation and intensification of tropical cyclones in that part of the hemisphere.

2021 has been a below-normal year in terms of number of tornadoes across the nation falling below the “25th percentile.  The United States has the most tornadoes of any country, as well as the strongest and most violent tornadoes.  The year started off well below average with the lowest amount of tornado reports through the first two months (January, February) in the past 16 years. Despite several outbreaks in March and another large outbreak at the beginning of May, the year as a whole remains below-average due largely due to inactivity during the months of April and June.

While the nation as a whole has experienced less tornadic activity than normal, there have been some areas that have experienced unusual action.  For example, the Mid-Atlantic region experienced an unusual tornado outbreak this summer that had its origins in the Upper Midwest. This outbreak started in the late evening hours on July 28th with a powerful line of severe thunderstorms moving across the state of Wisconsin resulting in widespread damaging straight-line winds and multiple weak tornadoes.  Then, during the afternoon and evening hours of July 29th, numeric tornadic supercells developed across the eastern Ohio Valley and Mid-Atlantic resulting in many tornadoes.  In fact, a few of the tornadoes were strong and damaging including an EF3 tornado that caused severe damage in the Philly suburbs of Trevose and Bethlehem.

In addition, in just the past few days, there has been some unusual tornadic activity in of all places New England and Long Island. On Saturday, November 13th, a strong storms generated three confirmed tornadoes that touched down in Rhode Island and Connecticut and another 5 tornadoes have been confirmed in Long Island. According to the NWS, there had not been a tornado recorded in Connecticut or Rhode Island in the month of November since 1950 and the last one recorded in Massachusetts during this month was on November 7th, 1971.

One of the notable findings of the 2021 US tornado season is that it featured no EF-5 tornadoes which are the most powerful of all.  In fact, it has now been more than 8 years since the last EF-5 tornado struck in the US which was in Moore County, Oklahoma during May of 2013.  According to NOAA, there have been a total of 36 EF-5 tornadoes in the US since 1970 with 14 of those occurring in the 1970s.