‘How many times do we have to save the planet?’ – ‘Build Back Bankrupt’: Watch Climate Skeptic Morano In Glasgow Destroy Deception Of Elites 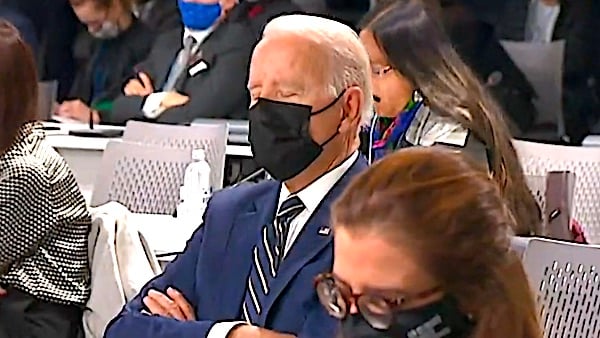 While world leaders gathered in Glasgow for the U.N.’s 26th climate summit, a leading skeptic of the claim that mankind is causing catastrophic global warming was addressing a separate conference in the Scottish city called the Climate Reality Forum.

At the alternative event, hosted by the Heartland Institute, Marc Morano traced the history of climate “alarmism,” going back to 1864, and the countless predictions of doom that never came true.

“How many times do we have to save the planet?” asked Morano, the founder of ClimateDepot.com and former director of communications for the Senate Environment and Public Works Committee.

Rolling Stone magazine, he noted, recently ran a story on Democratic Sen. Joe Manchin’s refusal to cooperate with his party and pass its budget bill full of the left’s economy-killing, climate-change measures, titling it “Joe Manchin Just Cooked the Planet.”

On Wednesday at the U.N. climate meeting, U.S. Treasury Secretary Janet Yellen told leaders the world may need to spend from $100 to $150 trillion to combat global warming over the next 30 years.

The gross world product — the combined gross national income of all the countries in the world — was about $85 trillion in 2020, according to the World Bank.

Morano comments on the rock-star status of climate-change activist Greta Thunberg in his talk.

The Swedish teen was in Glasgow on Friday, but she was not impressed with the the COP26 climate summit, declaring to a mass rally that it has  been a “failure,” BBC News reported.

“It should be obvious that we cannot solve a crisis with the same methods that got us into it in the first place,” she said. “We need immediate drastic annual emission cuts unlike anything the world has ever seen.”

Thunberg said the people in power “can continue to live in their bubble-filled with their fantasies, like eternal growth on a finite planet and technological solutions that will suddenly appear seemingly out of nowhere and will erase all of these crises just like that.”

“All this while the world is literally burning, on fire, and while the people living on the front lines are still bearing the brunt of the climate crisis,” she said.

“We know that our emperors are naked.”