Body Of Evidence: All Of Antarctica Is Cooling… Peninsula Cooling Since Long Before Greta Was Born

The IPCC 6th Report seems to have missed a lot, hasn’t it? Recent publications since the 5th Report show ALL OF ANTARCTICA, including the peninsula, has cooled since the late 1990s.

Friday I wrote about how the entire continent of Antarctica (except its peninsula) was found by leading scientists to be cooling significantly.

The publication by Zhu et al, however, found that the Antarctic Peninsula had been warming – but not a statistically significant rate – over the past 4 decades.

Now in a reader comment Kenneth has brought to our attention to three scientific publications that show the peninsula has in fact been cooling since the late 1990s, after having warmed since the early 1950s! 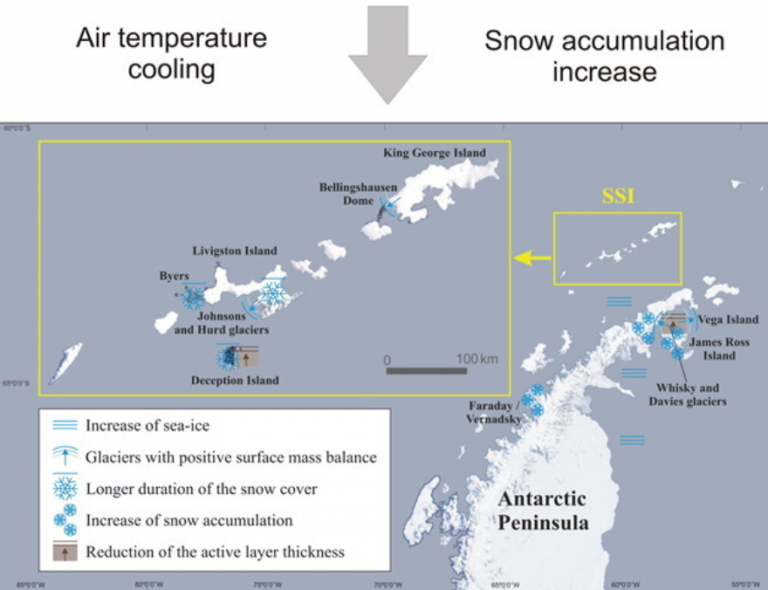 Here are the three terribly inconvenient papers for those still believing the lie the South Pole is warming, when in reality it is cooling at a “statistically significant” rate. 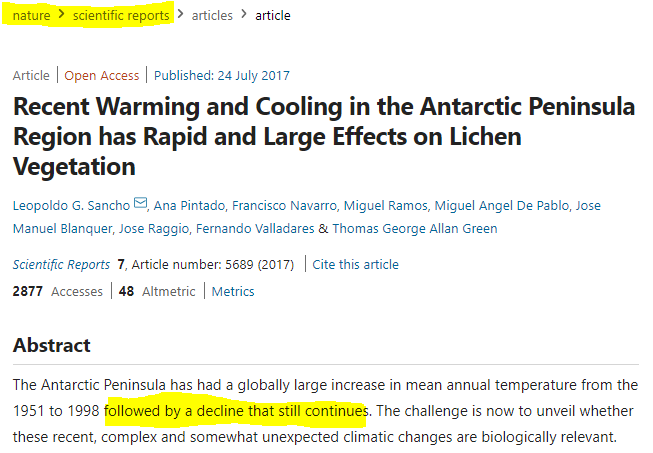 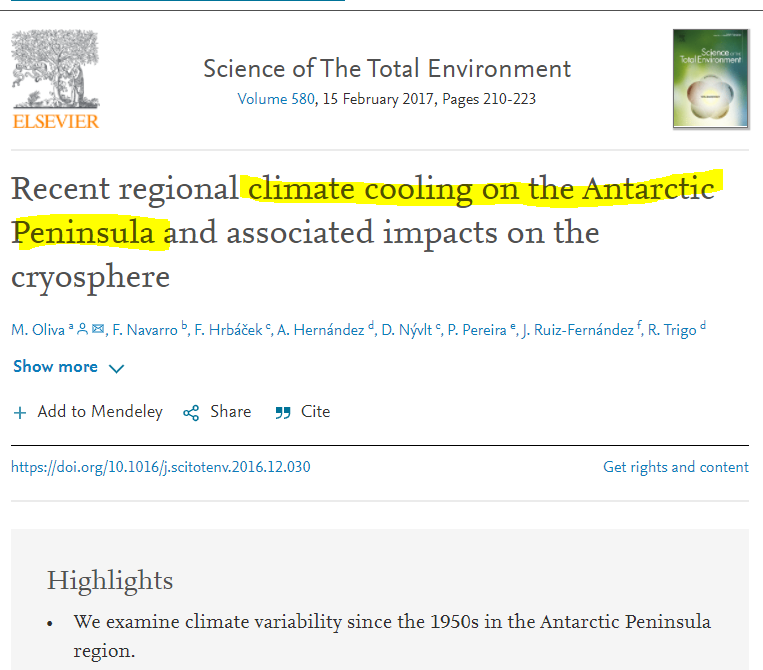 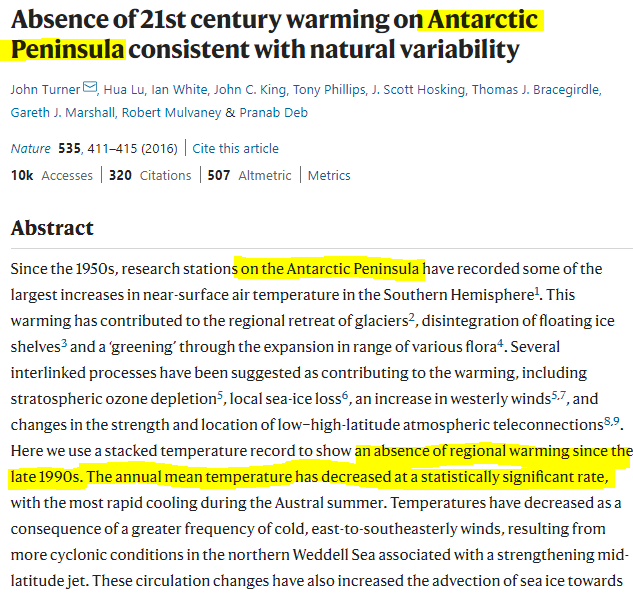 According to Kenneth: “The cooling since the 1990s hadn’t fully taken over the warming from 1979-1999 yet, so that’s why the overall trend is still a slight, statistically insignificant warming when referencing the entire 40-year period.”