No kids? Climate Change & Sustainability fears drive more young men than ever to get a vasectomy

Is there any better statement of the empty vacuum at the core of The West?

The greatest Civilization Earth has ever known has talked itself out of turning up for the future.

Why are so many young childless men getting the snip? 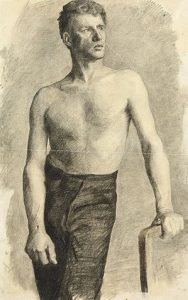 By STEPHEN CORBY, The Australian

It takes a lot to rattle “The Ball Whisperer” [Dr Justin Low], as one of Australia’s most prolific vasectomists is known, yet he remembers being utterly taken aback the first time a young, childless man walked into his office and asked for the snip. “It was a shock. I do remember how I felt the first time a guy with no kids came to me, and it put me on the back foot,” Low recalls, still recoiling slightly. “I wasn’t prepared for it, I mean, not just as a ­doctor but as a lay person, there’s just this funny thing we’re brought up to think, doesn’t everyone want kids?”

Back when he started out at Marie Stopes Australia a decade ago, his job was very much about helping men who felt they’d had enough children, or possibly more than enough. But after that first childless man, there were a few more, then a lot, and today Low, whose Sydney clinic does about 50 procedures a week, says it’s not unusual for between a third and a half of his patients on any given day to be ­childless. And they’re getting younger; so many are in their twenties that his organisation now offers compulsory counselling to any ­childless man under the age of 30 who inquires about a vasectomy.

Some just don’t want to be fathers, but others feel climate dread and covid unease:

“Then there are the ones who say to me: ‘I just don’t want to bring children into a world like this,’ ” he says. “It’s about sustainability for them, it’s about climate change and the future of the planet, and if ­anything, Covid-19 and the pandemic has only reinforced that feeling, that dread, and we’ve had more and more guys coming in talking about that.

“I’ve also had people get very fired up about sustainability issues. They’ll say to me, ‘But ­doctor, surely you know, surely you’ve read the studies! The single best thing you can do for the planet is not to have a child.’

Humans can justify nearly anything they want in their own head. Rationalization, here we come:

Kain Harris says : People say it’s selfish not to have kids, to put yourself first, and that is part of my decision – I like being able to travel, to hang out with friends, to go out, and I don’t know how I would have the time to have a child. But I think it would be more selfish to have a child and then not give it your full attention.”

So how much is “the environment” the major fear, and how much is it just the excuse du jour?

David Archibald argues this has a lot more to do with the risk of getting women pregnant who then “gain” twenty percent of his income. Naturally, the EcoWorriers save up these stories as PR in time for signing climate-money-winning-documents, for example in Glasgow.

That said, there are men who won’t even save sperm “just in case” but say they plan to adopt or foster kids, which doesn’t sound much like a guy protecting his income:

When he suggests sperm banking to these men, just in case they change their mind, “they’ll tell me that if they do want to have kids down the line, they’ll just adopt or foster, because that’s better for the planet. “So many of these people I meet have that ­passionate commitment to the ­sustainability cause, they’re so determined and they’ve really thought it through. I’ve been impressed by that, but still, very surprised.”

Since the rise has been so recent, it may be more about the general malaise in Western Civilization:

Who knows, it might be a fashion accessory too: 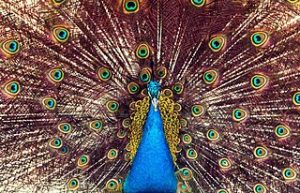 Some of these men may be doing this to impress women and show off their deep and sensitive credentials. Male peacocks display their glorious plumage to show that they’re so strong and healthy they can survive despite the handicap. A vasectomy-for-the-planet is the ultimate peacocks tail — the handicap to end all handicaps in the competition to prove they would be a great mate.

Paradoxically that supposed willingness to look after the planet and other people’s children would make him a bit of a chick magnet in some circles as the ideal caring future dad. What a conscience! What a giving kind of guy!

We’ve come full circle in evolution — evolving to the point where for some women, the ideal dad  is the man who can’t be one.

We are so evolved, we are devolving.

‘Cutting more than just carbon emissions’ – Outside Mag Bro: Vasectomy ‘Most Powerful Personal Action’ to Save Planet from Global Warming

‘We need fewer humans’: Man Decides To Fight ‘Climate Change’ With Surgery For His Testicles — A Vasectomy

Warmist who pondered vasectomy to fight AGW has baby! ‘In 2013, I publicly considered a vasectomy because of climate change. Now, we have a baby’

Warmist weatherman Eric Holthaus: ‘I had a breakdown. But I never got the vasectomy…My wife and I just had a baby, and it’s quickly becoming the best decision we ever made…Our baby has brought us back from the brink.’

From get a vasectomy to save the planet guy: Wash., mudslide: ‘Climate change may bring more such disasters’

‘Eric Holthaus: ‘One of the most well-forecast and consequential components of human-caused climate change is the tendency for rainstorms to become more intense as the planet warms. As the effect becomes more pronounced, that will make follow-on events like flooding and landslides more common.’

Why get vasectomy to save planet guy Eric Holthaus took the bus instead of flying to an annual weather meeting: ‘I Spent 28 Hours on a Bus. I Loved It’

Flashback: A weatherman breaks down in tears and considers having a vasectomy, vows NEVER to fly again due to grim UN climate report: Eric Holthaus tweeted ‘no children, happy to go extinct’

Flashback: Warmist Eric Holthaus, who pledged to stop flying & get vasectomy to stop global warming — at it again: ‘The only way to stop climate change now may be