The “long-standing view” is the current interglacial climate is distinctly warmer and more hospitable to plants, animals, and humans than at any time during the last ice age, or glacial (from about 60,000 to 11,700 years ago). This view “has undergone a major revision” during the last 20 years of geological study according to scientists publishing in the September (2021) edition of Quaternary International.

So, contrary to the long-standing view of a generally colder-than-present last glacial climate, there is a growing body of evidence that the distinction between interglacial and glacial climates may not be as stark as previously thought.

The CO2 concentration differential of ~180 to 200 ppm during the warmer glacial periods and 280 to 410 ppm during the colder modern period also contradict the long-standing view of higher CO2 levels accommodating warmer climates, and vice versa. 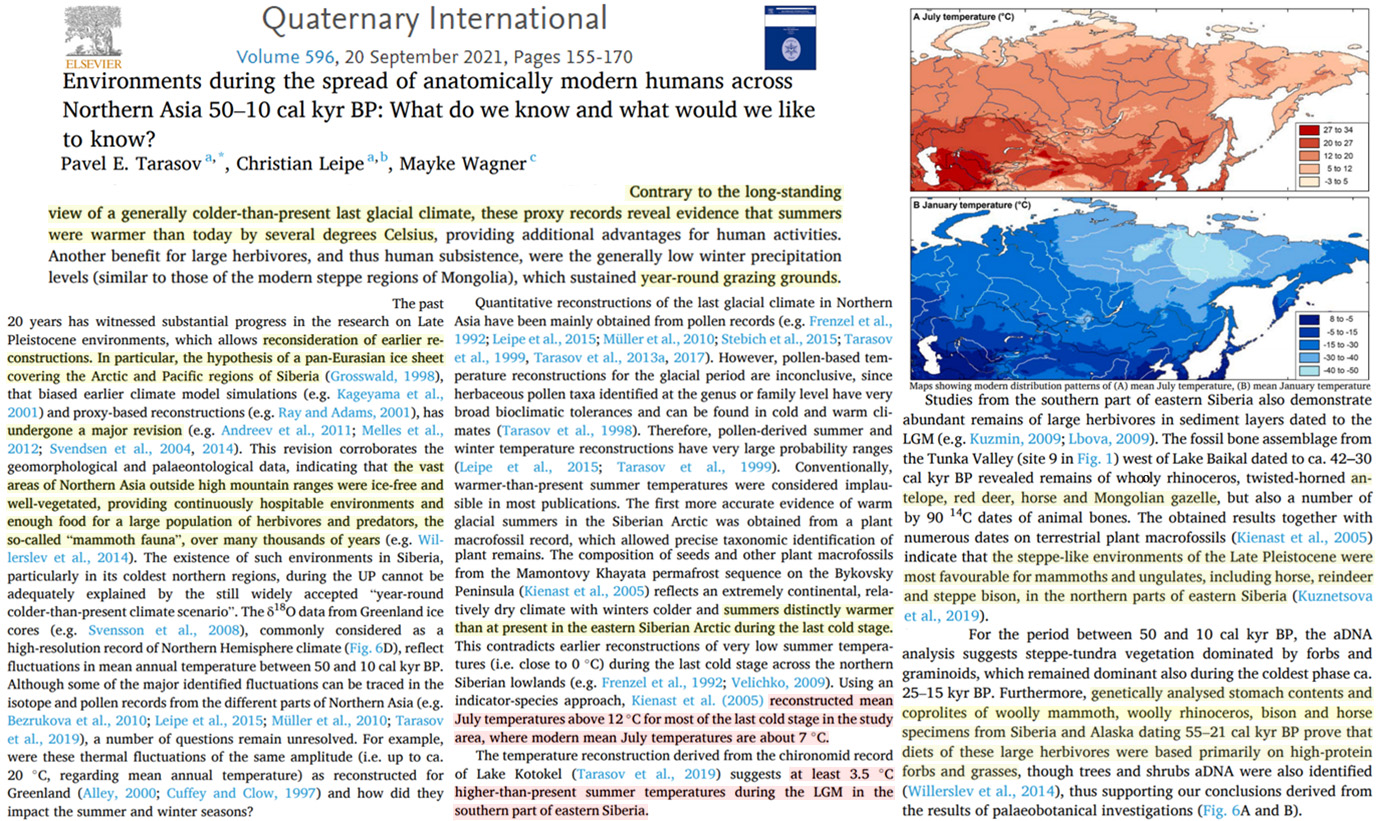 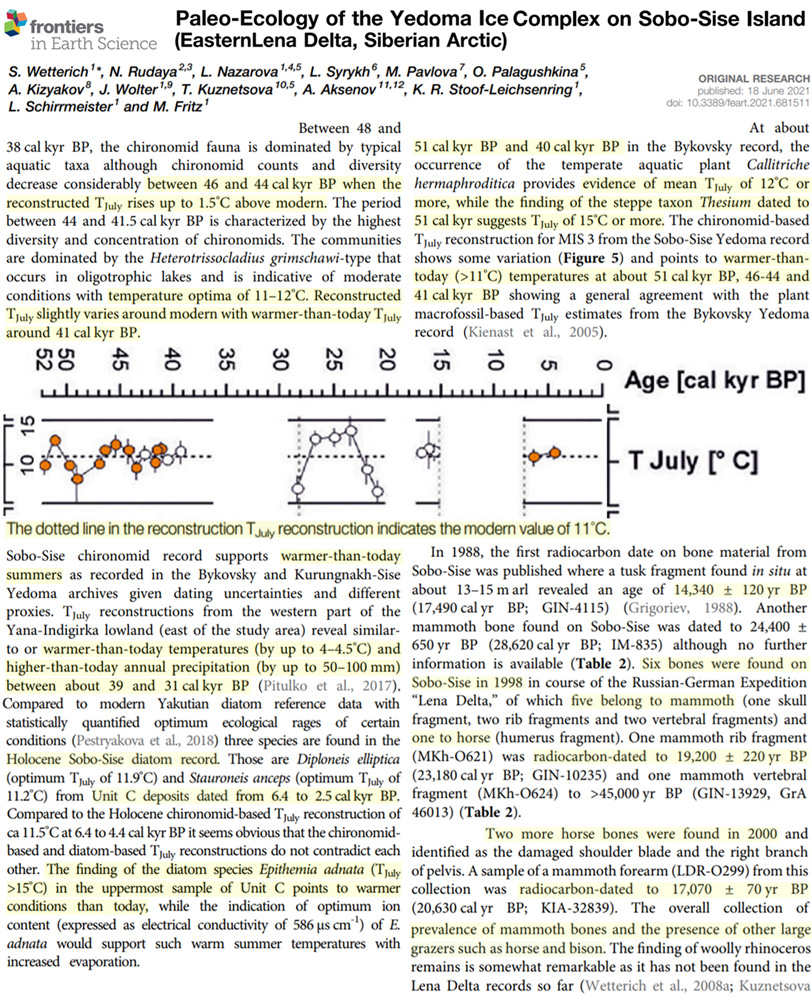 The last glacial’s greater warmth also extended into the Southern Hemisphere according to yet another new study (Civel-Mazens et al., 2021). The Southern Ocean had “higher SST [sea surface temperatures] during the 40-24 kyrs period than during the Holocene,” with LGM [Last Glacial Maximum, 24-18 kyrs ago] temperatures peaking at 13.6°C. Today’s temperatures are ~9°C, in this region, or 4.6°C colder. 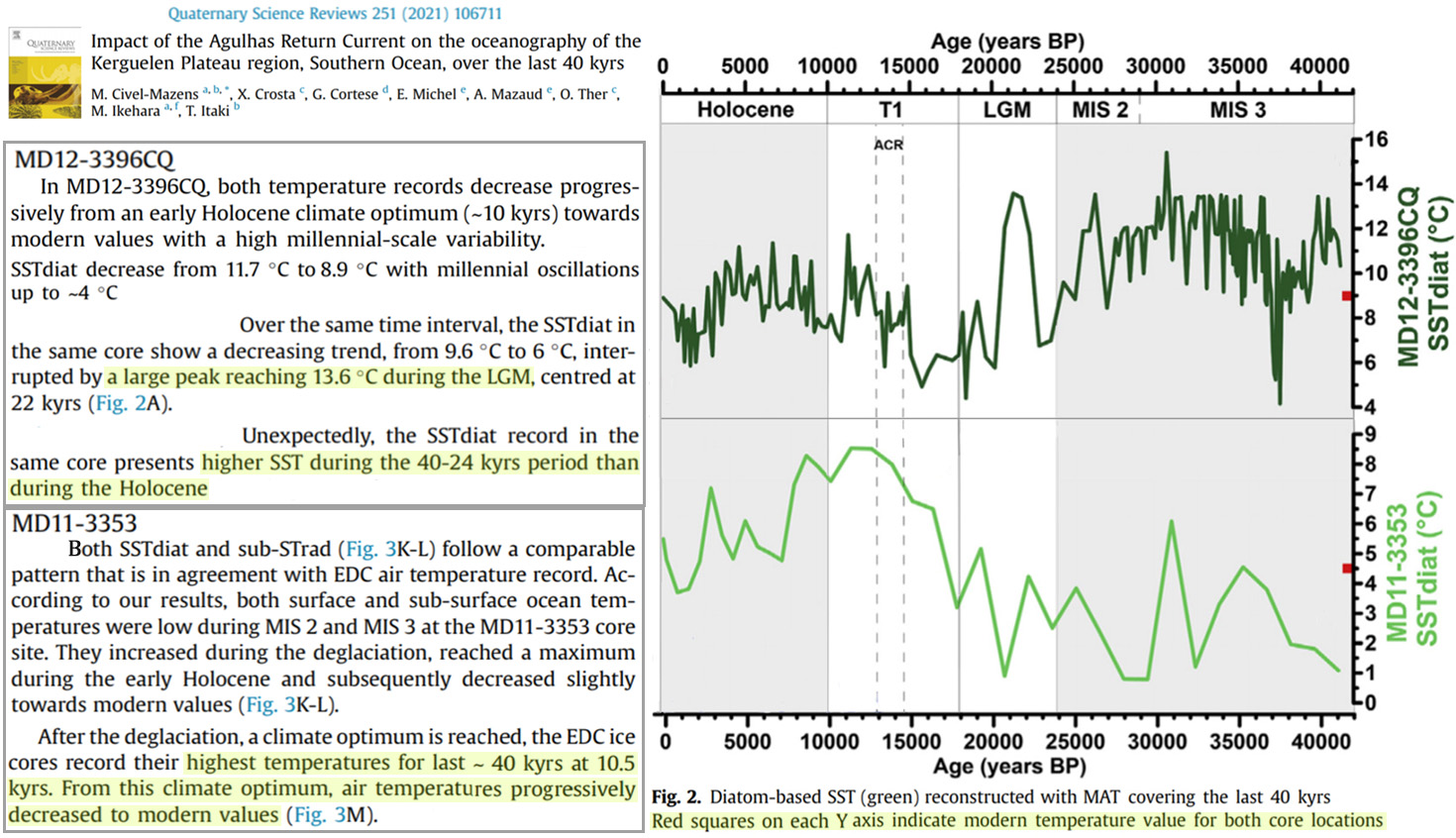 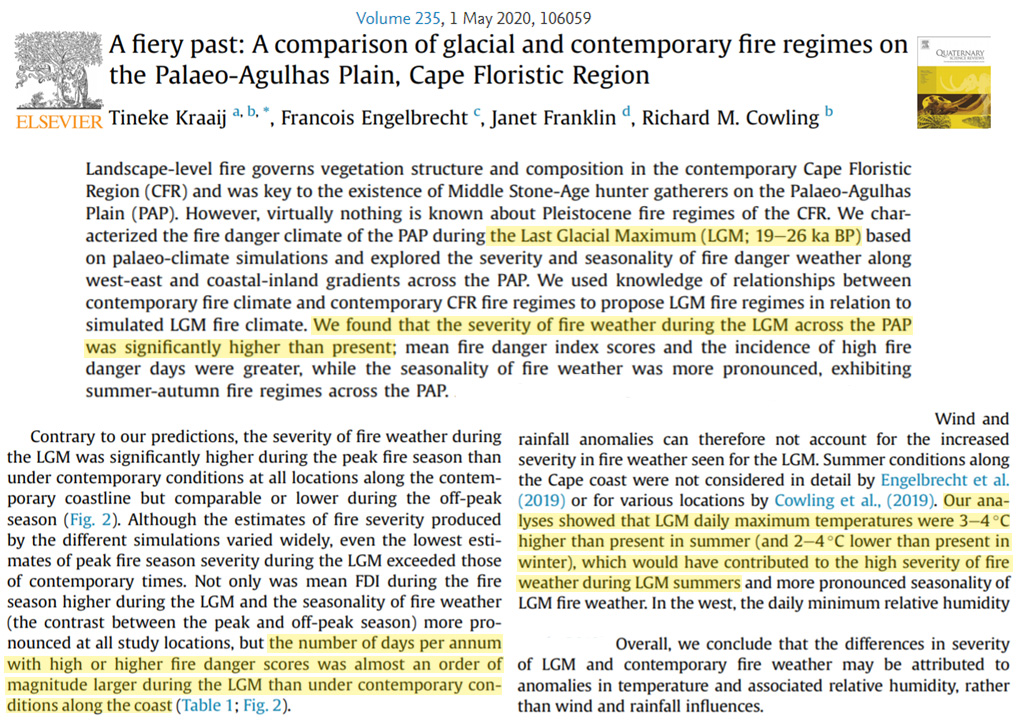 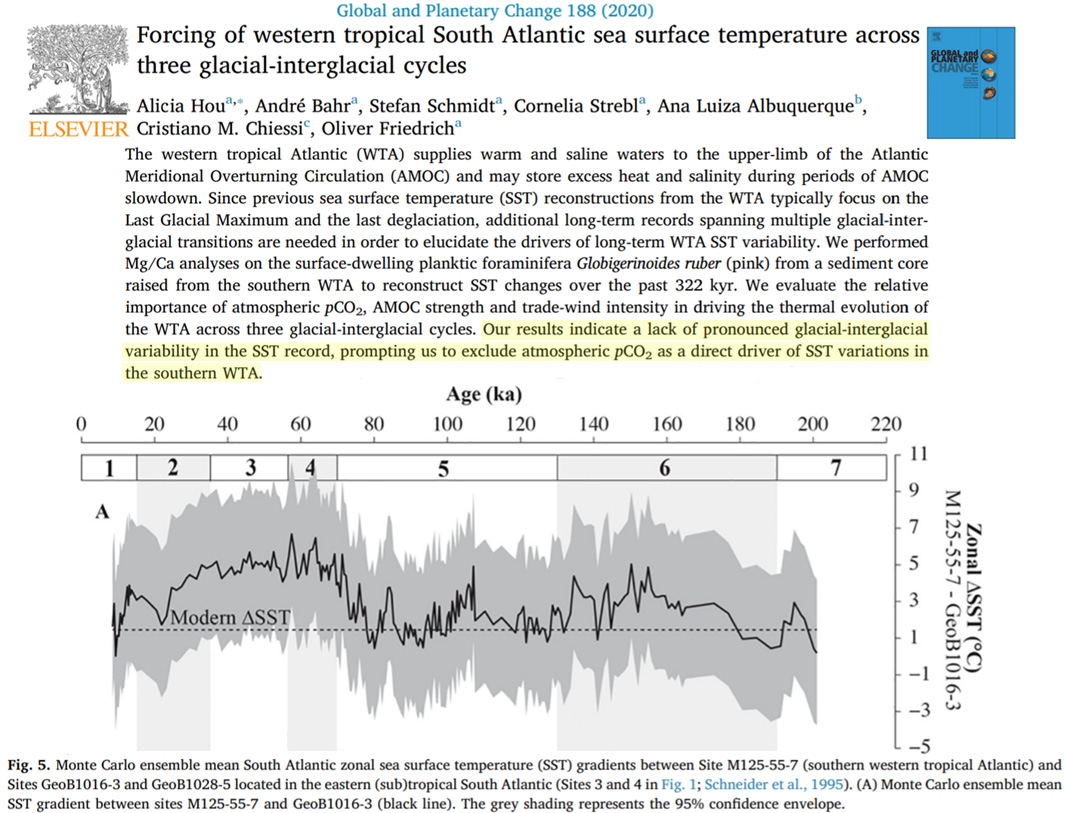 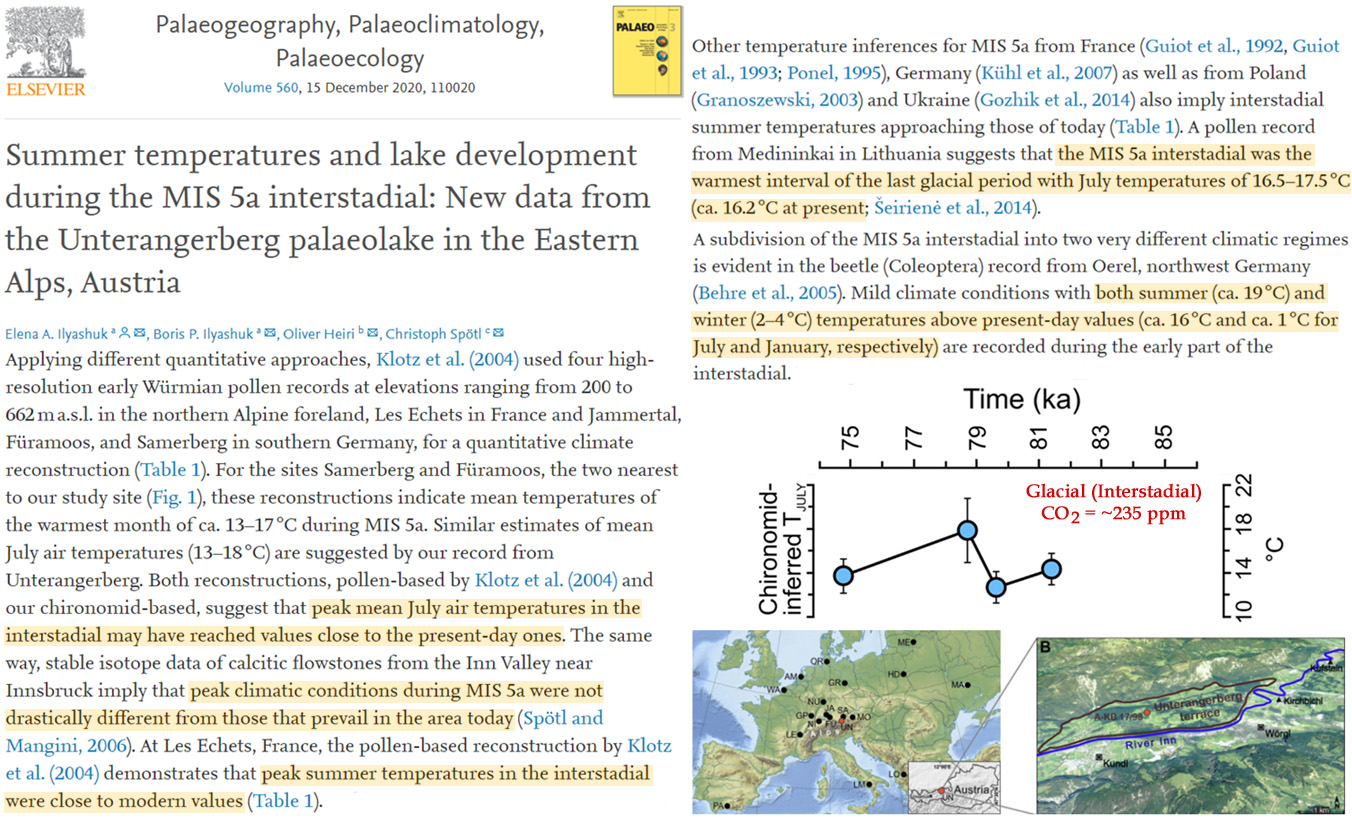