The BBC is playing the climate card again! 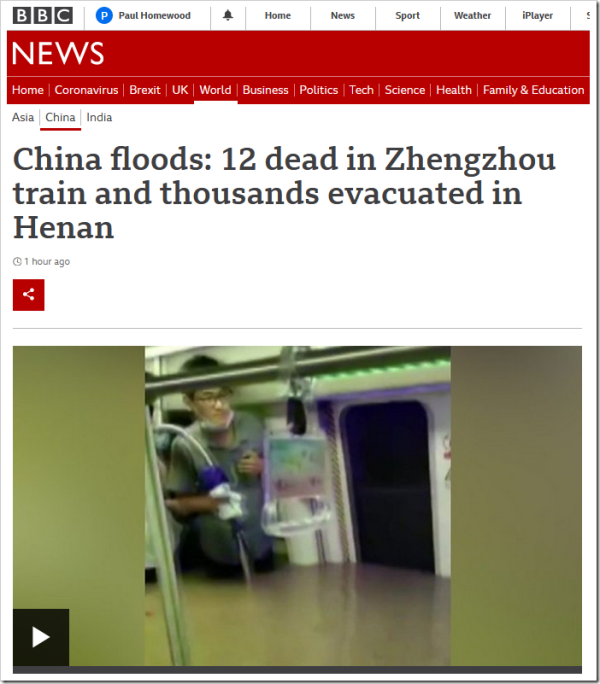 More than 500 people were eventually rescued from the tunnels in Henan province, officials said.

Days of rain have caused widespread damage and led to 200,000 evacuations.

In the provincial capital Zhengzhou, the equivalent of a year’s average rainfall has fallen in just three days.

Zhengzhou saw 624mm of rainfall on Tuesday, with a third of that amount falling between 16:00 and 17:00 alone, which “smashed historical records”.

It forecasted that parts of the region would continue to see “severe or extremely severe storms” and that the heavy rain would likely only end on Thursday.

And many other storms have brought much daily totals well over 1000mm to the city since.

We don’t have hourly data available for 1975 (which may be why claims of a record are being made, based on just a few years of record), but it is clear from the Dutch Met Office, KNMI, that daily rains have become MUCH LESS EXTREME in recent decades: