Global Warming Stalls Again – Back To Levels Seen 20 Years Ago Little warming to be found globally.

Before we begin, Dr. Roy Spencer just published the Version 6.University of Alabama-Huntsville satellite-based global average lower tropospheric temperature (LT) anomaly for June, 2021 was -0.01 deg. C, down from the May, 2021 value of +0.08 deg. C.

As Dr. Spencer’s chart above shows, temperatures are back within the range seen 20 years ago. The hiatus in global temperature rise appears to have resumed.

June mean temperature data for Tokyo are now in at the Japan Meteorological Agency (JMA). June has come in at 22.7°C

As the above chart shows, the month of June has been cooling over the past 25 years.

In fact , Tokyo hasn’t seen any warming at all in almost three decades, as the mean annual temperature trend has been downward since 1994, according to the untampered data from the Japan Meteorological Agency (JMA): 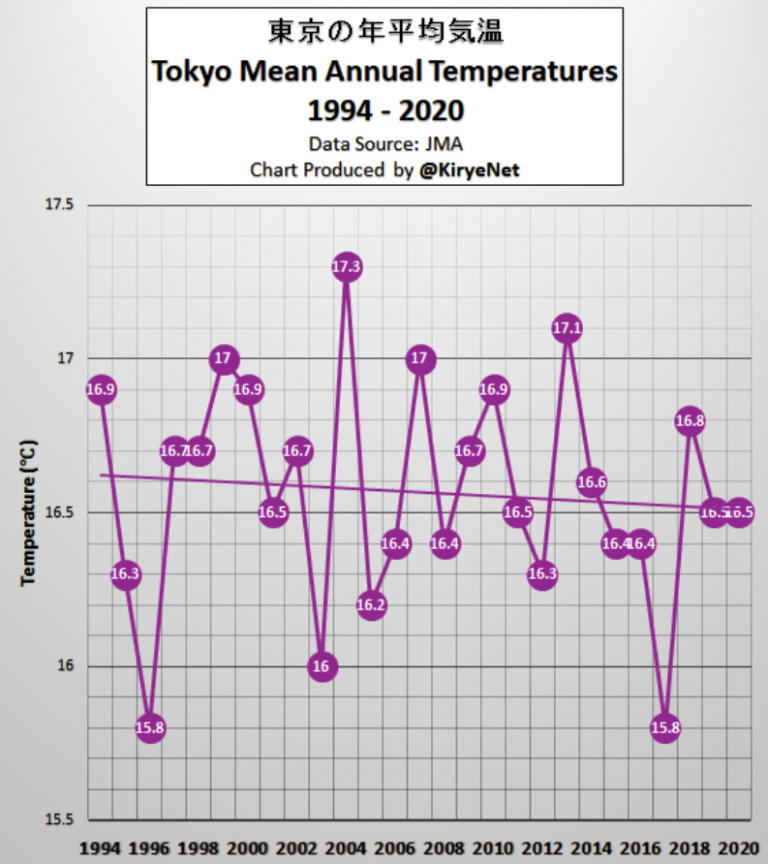 Next we look at June mean temperatures for the Tokyo Pacific island of Hachijō-jima, located about 287 kilometers south of Tokyo – away from all the urban sprawl and heat island affects: 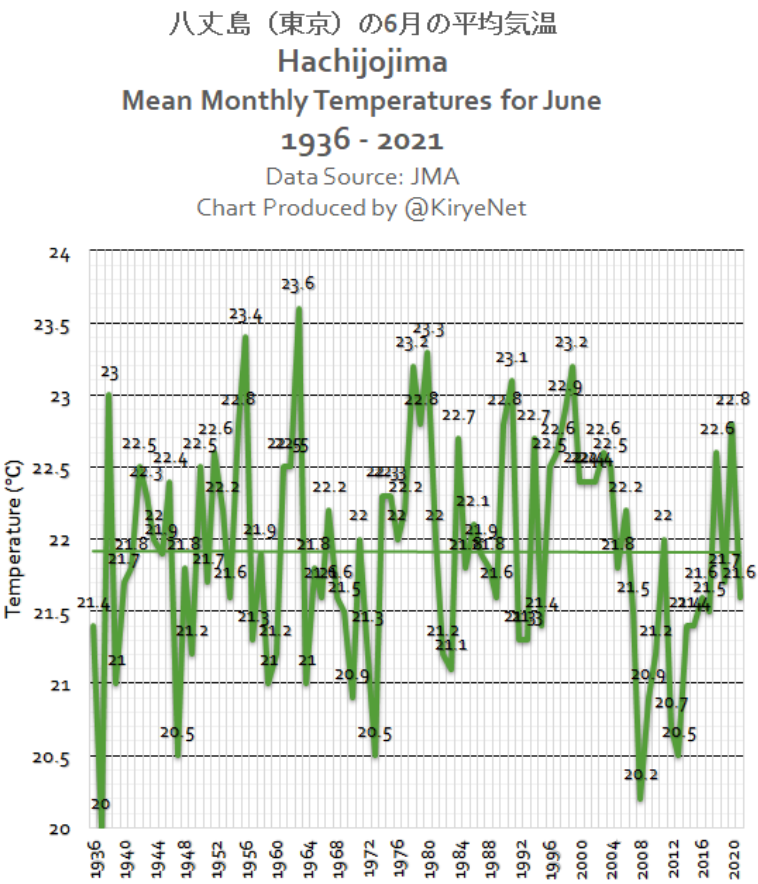 Looking at mean annual temperatures at Hachijojima, there’s been no warming in 70 years: 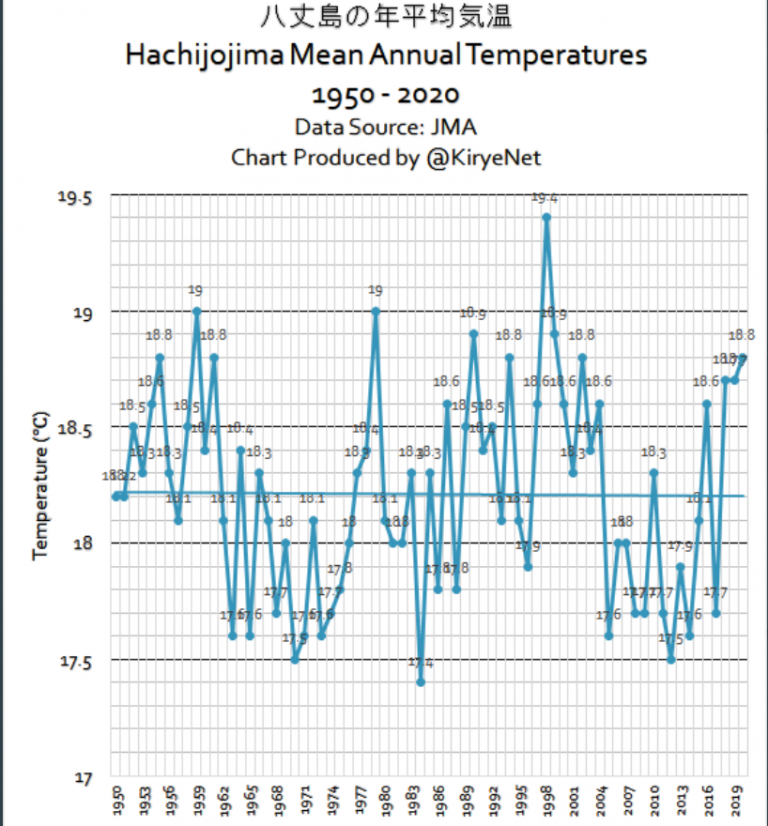