A few hundred ppm CO2 isn't in any way risky to anyone's health, but an old guy trying to prevent bad weather by riding a scooter in traffic without a helmet *is* risking his health.

Instead of worrying about an alleged “climate emergency” why didn’t Arnold and Greta worry about the more real threat of head safety on a bike ride? Why didn’t Arnold care about Greta’s safety? 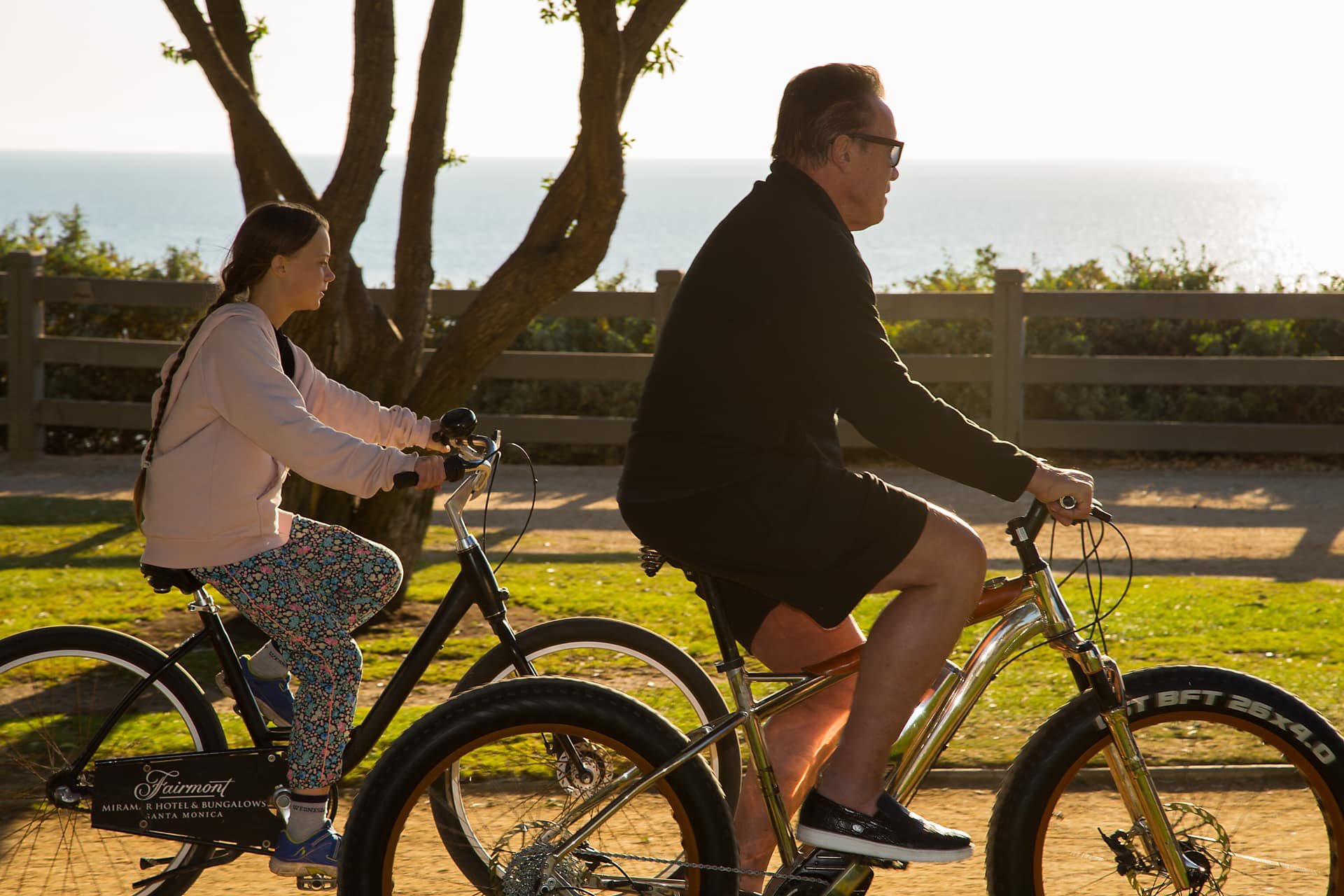 Marc Morano: “Kerry’s the chosen one. He doesn’t have to follow the rules, which are being imposed on the rest of us. His work is so important that he has to be exempt from the regulations, we’ve seen this time and time again in the climate movement. Leonardo DiCaprio his actual quote was he’s willing to fly around the world to do what is right to fight. They actually believe that. So that’s what John Kerry means. He’s that self-important and if you watch the video of his speech there he actually says, he’s “suffered from too many airplanes” because he has a hoarse voice and flying too much. So he’s actually been bragging about flying too many times, but he has to because it’s for the good of the planet.”

BUSTED: Pete Buttigieg’s Phony Bike Photo Op Gets Exposed – Uses armored Suburban to bring a bike within a short distance of the destination — pretending to save energy

Use an armored Suburban to bring a bike within a short distance of the destination. Unload it and ride in with a security detail in tow, pretending to save energy. 🙄 pic.twitter.com/Pxynakrl59