The New York Times economist Paul Krugman misrepresented a document by the United Mine Workers of America (UMWA) to claim that the union endorsed President Joe Biden’s anti-coal, eco-extremist agenda. 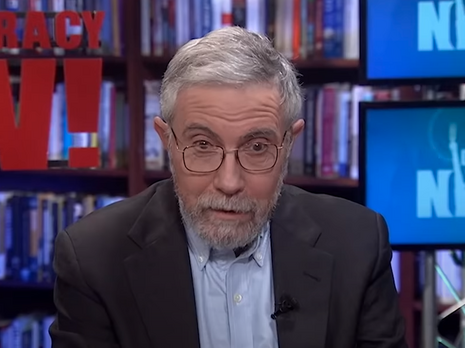 Krugman’s latest op-ed cited only a portion of a line from a newly released UMWA document —  “a true energy transition that will enhance opportunities for miners, their families and their communities.” He twisted the context of the quote to claim that it was “in effect an endorsement, at least in principle” of Biden’s “Green New Deal” variant called “Build Back Better.” Krugman pivoted off his mischaracterization to claim that “it’s great to see the mine workers’ union call for policies that support ‘coal country,’ not coal jobs.” The document made no such endorsement of Biden’s anti-coal climate plans; nor did it indicate that the union doesn’t support coal jobs. UMWA President Cecil Roberts even released a video the same day Krugman’s op-ed was published slapping down those suggestions as “misinformation.” [Emphasis added.]

[We] certainly did not propose supporting the Green New Deal. The record is very clear about that. And anyone who wants to do some research would understand that.

In fact, here’s the complete sentence of the document that Krugman cherry picked: “The UMWA’s principles for a true energy transition that will enhance opportunities for miners, their families and their communities are built around three simple goals: preserve coal jobs, create new jobs, and preserve coalfield families and communities.” In addition, the document prescribed the creation of “incentives to bring basic steel and other metals industries back to US shores to enhance metallurgical grade coal production and energy demand.” [Emphasis added.]

One of the sub-headlines in the document even read: “Preserve UMWA Jobs.” Krugman’s assertion then that the union called “for policies that support ‘coal country,’ not coal jobs,” was categorically false.

Krugman even tried to claim that “What killed the mines wasn’t a ‘war on coal’; it was technological progress, first in the extraction of natural gas, then in solar and wind power.” The UMWA said the exact opposite. The UMWA put a lot of blame on Washington, D.C., which also directly undercut Krugman’s false claim that the union endorsed Biden’s anti-coal agenda:

Further government action in Washington has the potential to dramatically slash coal employment further, and soon. … The communities that have been hit hard by the drop in coal production and employment have received little help from Washington, even though policies developed in the Nation’s Capital are to a large degree responsible for coal’s depression. [emphasis added.]

Krugman’s op-ed was headlined, “Getting Real About Coal and Climate.” However, his misrepresentation of the UMWA was about as clear-cut a case of fake news as it gets.