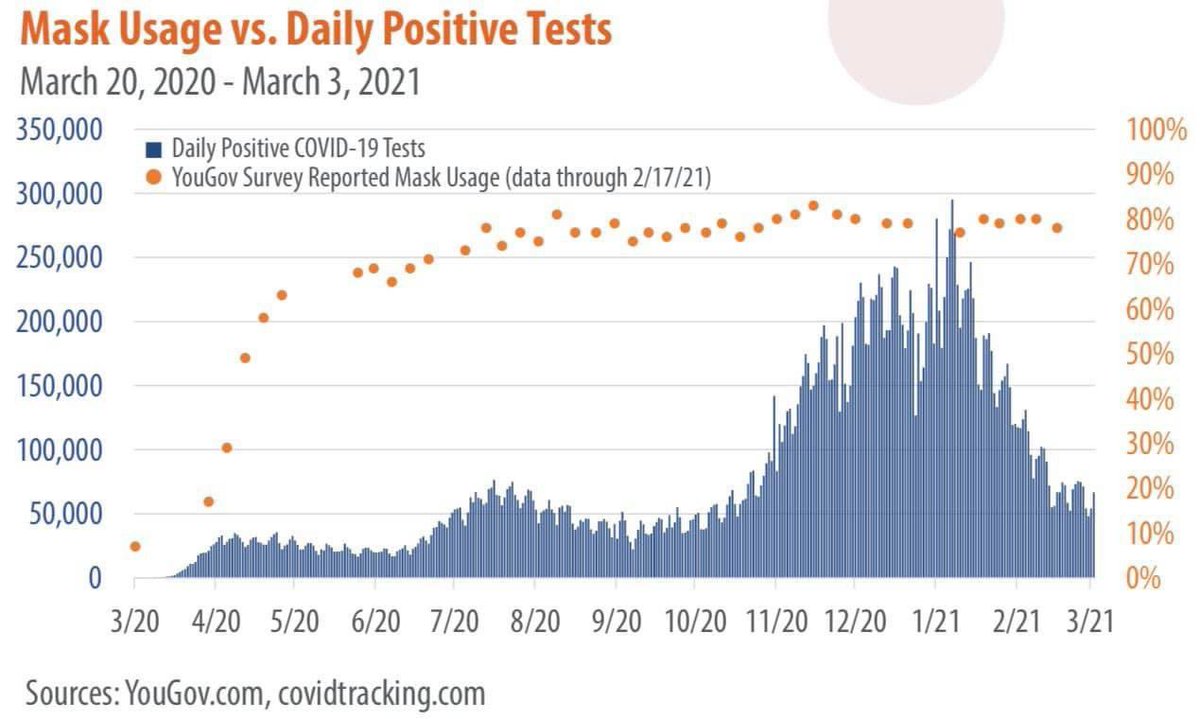 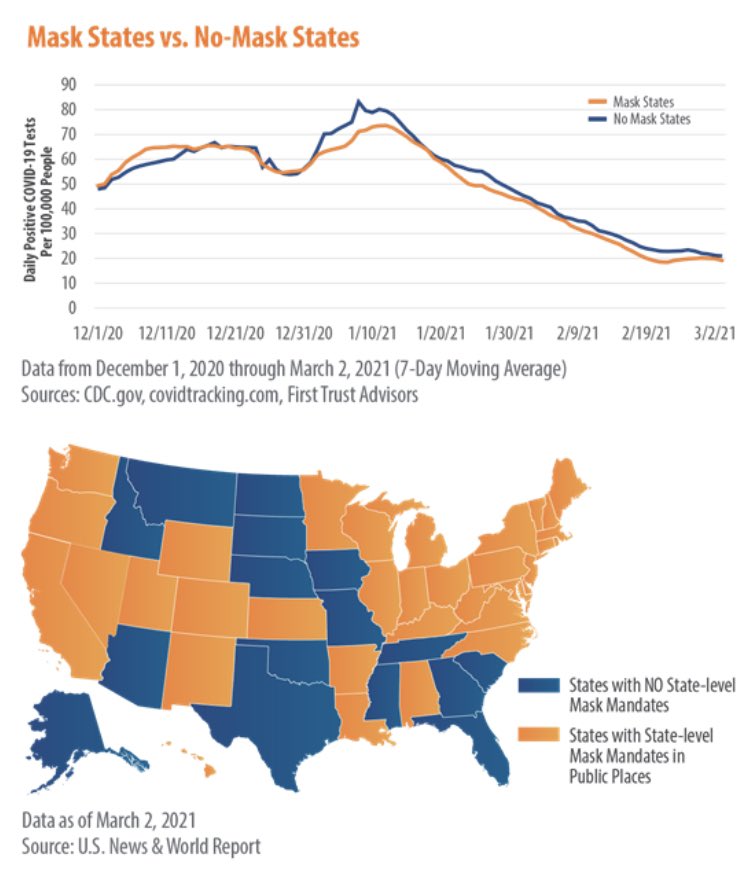 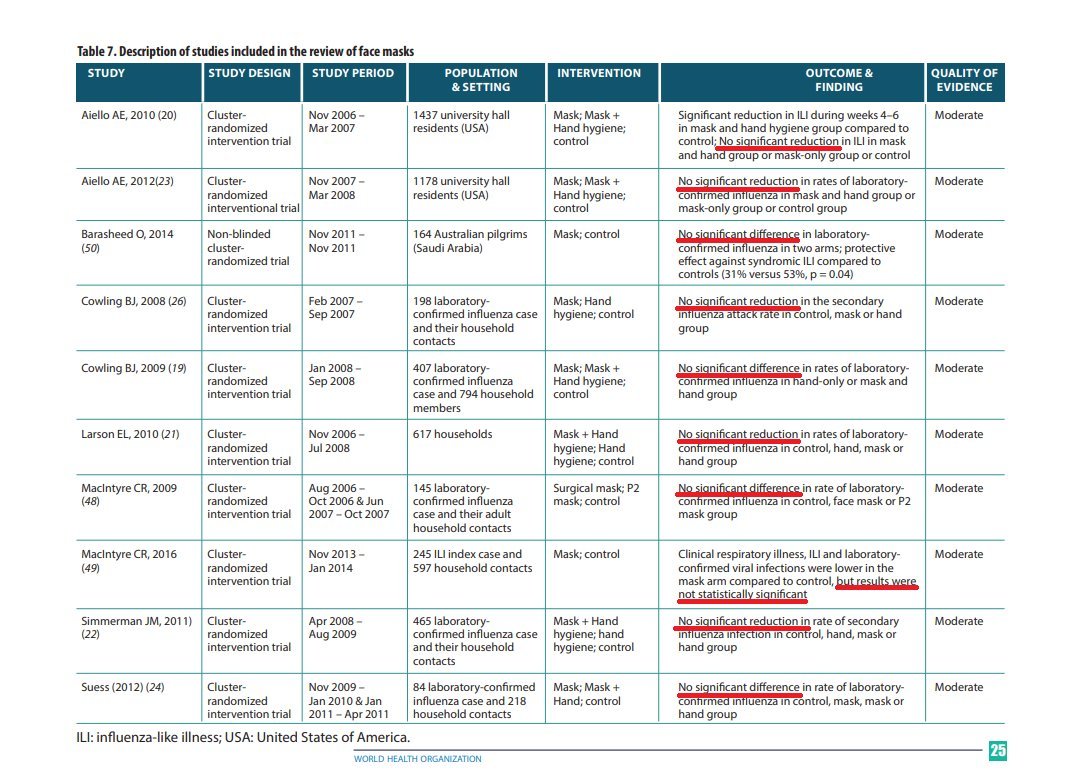 CDC Flashes Its Wee P At Us In Thin Effort To Uphold The Cult of the Mask: Coronavirus Update LVI

BY BRIGGS ON MARCH 9, 2021
EXPERTS FLASH THEIR WEE P
Masks are the uniform of the effeminate.You’ll have heard by now of CDC’s latest mask study, in which grown experts flash their wee p-values at us and present findings that can only be seen under a microscope.

So they ignore the January peak and subsequent dramatic fall, which is seen below. A cynic would say because those numbers aren’t helpful to their thesis, but a Mask Cultist would cry “late data!” He’d have a point, but it’s weak because we know deaths begin to drop every middle January.

The immediate problem is population-heavy counties differ in all sorts of ways surely causally related to coronadoom health from scantly populated counties. Like age, fitness, fatness, access to quality physicians (and not the increasing number of quacks), and so on. The biggest is probably compliance rates.

Difficult to measure all this, so I’m on their side. But since we know these differences exist, we have to mentally add a certain plus-or-minus to the results, regardless what wee p-values say.

Using changes in rates of change is the wrong measure. They should have used changes in per capita actual rates. Can any one in class say why?

Because the smaller the county, those less likely to have high compliance or mandates (in flyover places like South Dakota), the easier it is to have a large change in rates! Small samples are more variable. And this was the time of the very expected ramp up in testing. Meaning we know the rates were going to increase everywhere, and that larger changes would happen in smaller counties.

Besides, these are not increases in “cases”, which even the CDC now misidentifies. These are positive tests, not cases.

How did we get so bad at this so fast?

“But how did they do the stats, Briggs? I see they use wee Ps to claim causation, which I know is anathema to you.”

Yes. Every researcher when pressed says using statistics insists correlation isn’t causation, until it comes to his data, when that principle is inverted. He flashes his wee p-value at you and says “Eat this! I’ve proved my cause!”

Weighted least-squares regression with county and day fixed effects was used to compare COVID-19 case and death growth rates before and after 1) implementing mask mandates and 2) allowing on-premises dining at restaurants. Because state-issued policies often applied to specific counties, particularly when states began allowing on-premises dining, all analyses were conducted at the county level. Four regression models were used to assess the association between each policy and each COVID-19 outcome. The regression models controlled for several covariates: restaurant closures in the mask mandate models and mask mandates in the restaurant reopening models, as well as bar closures, stay-at-home orders, bans on gatherings of ≥10 persons, daily COVID-19 tests per 100,000 persons, county, and time (day). P-values <0.05 were considered statistically significant. All analyses were weighted by county population with standard errors robust to heteroscedasticity and clustered by state

Good grief. We don’t see data, but the mixed results of a slew of weighted regression models. We are as far from the data as the ACLU is to recognizing men who claim to be women aren’t women.

They repeat the above with changes in rates of rates of attributed deaths, coming to similar numbers.

Which is to say, numbers down in the “noise.”

True. Yet the biggest claim they make regarding deaths is “1.9 percentage points”, which is surely in the room for error given the causal effects not measured but which we agreed are there.

Again we ask ourselves, if masks work, then why don’t masks work?

Most of us saw the panic over Texas returning to liberty. But don’t forget many Texans, especially outside cities, were mask scofflaws. Other states have since followed Texas, but also recall some states never panicked.

I had to cut NY off at 200, which peaked at 600 because The Godmother, who not only panicked but panicked arrogantly, killed all those old people.

You cannot draw from this plot any story about masks working. Or about how panics saved lives. Panic only costs lives.

This one isn’t as good, because it includes Texas as a no-mask state, which it is now, but only just was. And it uses smoothing, which is not the data. I show it as an example of how not to do it. Never smooth and then analyze without at least carrying the uncertainty of the smoothing through.

This is much better:

The only thing this lacks is mask use by locality, and attributed deaths. NYC, the city I know best, has usage well above 90%, usually 95%+, and it’s been that way since the summer (source).

Mask use did not prevent the winter spike. How could this be if masks work?

Some of those are in the link I provide at the bottom of this post. Masks have never been shown to work.

You know who agrees? WHO.

That’s what I’m asking. Who?

The Price of Panic.

June 2022: What happened after masks disappeared from planes? – COVID deaths continued to drop – By Tom Woods  – Tom Woods: “The alleged experts make bad situations worse, and then expect us to thank them because without them we’re supposed to believe it would have been worse still.” 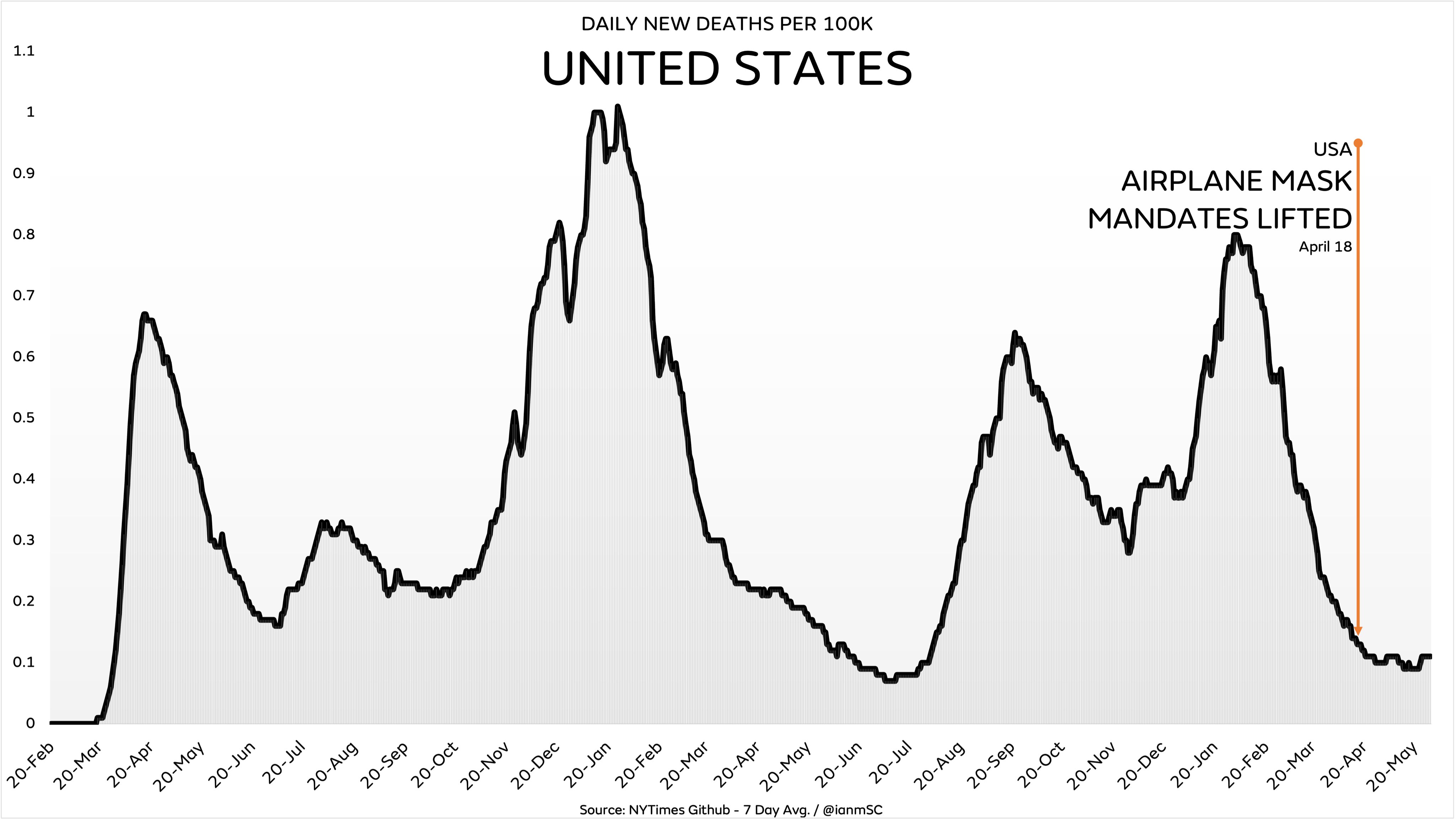