Gates is running vast enterprises in many sectors of the economy. He has even invested in a company that is trying to produce lab-made "breast" milk. He is now the owner of more farmland than anyone else in the United States: 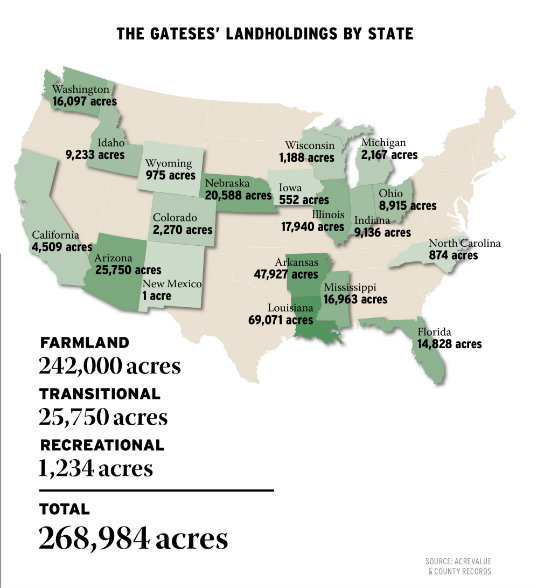 When such an investor attempts to sway governments to move the entire world, through regulation, in a direction that will benefit him that is a different story. It appears we are at the "different story" stage when it comes to Bill Gates.

What Bill Gates is Really Up To 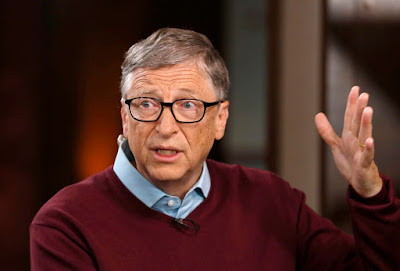 Bill Gates is out with a new book, How to Avoid a Climate Disaster: The Solutions We Have and the Breakthroughs We Need.

He is hitting the talk show circuit promoting the book and the idea that the planet is headed for a major climatological disaster that will end the human species.

Setting aside as to whether or not there is some climatological disaster developing, Gates’ book should really be named “How I Plan to Make Even More Billions By Getting Governments to Fund Every Mad Scheme I Have Invested In”.

Gates would like for you to think of him as the sweater-wearing billionaire next door.

The only association he lists on his LinkedIn page is the Bill & Melinda Gates Foundation.

In reality, he is running vast enterprises in many sectors of the economy.

He has even invested in a company that is trying to produce lab-made “breast” milk.

He is now the owner of more farmland than anyone else in the United States:

No doubt the plan is to turn the land into producing crops that will be the ingredients of the fake hamburgers that he says rich countries must adopt.

Since he runs his operations privately, it is difficult to know everything he is invested in but it appears that everything he is promoting that is visible (along with his demands for government action) is usually tied up with massive personal investments made by him.

One sector where he has vast investments, that may be too difficult to hide since he has brought on too many billionaire buddies as partners, is the energy sector. With so many partners, something might leak so he is being a bit transparent about these investments.

He even mentions offhandedly his energy enterprise, Breakthrough Energy, in his new book and reports how he roped in his billionaire pals to join him, curiously, just before the Paris Agreement was signed:

In September, two months before the Paris conference started, I emailed two dozen wealthy acquaintances, hoping to persuade them to commit venture funding to complement the government’s new money for research. Their investments would need to be long-term – energy breakthroughs that can take decades to develop – and they would have to tolerate a lot of risk. To avoid the potholes that the venture capitalists had run into, I committed to help build a focus team of experts who would vet the companies and help them navigate the complexities of the energy industry.

I was delighted by the response. The first investor said yes in less than 4 hours. By the time the Paris conference kicked off two months later, 26 more had joined, and we had named it the Breakthrough Energy Coalition. Today, the organization now known as Breakthrough Energy includes philanthropic programs, advocacy efforts, and private funds that have invested in more than 40 companies with promising ideas.

Note he is clearly talking about investments here and not non-profit donations.

So just who might be in this group that Gates summoned via email to send checks?

Breakthrough Energy lists as among its investors:

It is quite the list. With this group as part of his investment team, he has some pretty serious players who now have an incentive to not promote a narrative about climate change that is different from that of Gates.
Oh, and by the way,  Breakthrough Energy has ten senior “policy advocates.” Yes, ten, including the following who are all Washington D.C. based:
Got the picture? From this one Gates operation alone, there is a massive high-level influence operation promoting the Gates “the world is coming to an end” theme with a slew of billionaires backing the operation.
Here are the firms Breakthrough Energy has publicly disclosed it has investments in:
Just take a look at the above list again, Gates has every possible anti-fossil fuel angle covered.
Every time, he is promoting his climate disaster because of fossil fuels theme, he is pushing spending in the direction of the companies above.
I can’t even imagine the amount of money he is pumping into these companies with his crony buddies. Remember, Gates alone is worth $129 billion. It would be nothing for him to pump in a billion dollars on his own. Combined with his buddies, it must be an enormous amount of money.
And who knows what Gates has invested in other sectors where he feels no pressure to disclose.
I have no problem with a guy making investments wherever he wants, that is the American way. But when such an investor attempts to sway governments to move the entire world, through regulation, in a direction that will benefit him that is a different story. It appears we are at the “different story” stage when it comes to Bill Gates.