A must-read to counter the Biden-Harris agenda! 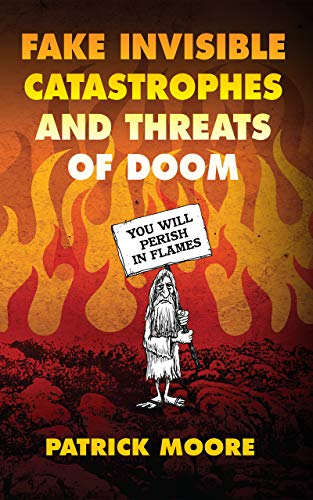 “Fake Invisible Catastrophes and Threats of Doom”, now #15 for all non-fiction on Amazon Canada, highest for any self-published book:
https://www.amazon.com/Fake-Invisible-Catastrophes-Threats-Doom-ebook/dp/B08T6FFY6S/ref=cm_cr_arp_d_product_top?ie=UTF8
#
https://www.amazon.com/Fake-Invisible-Catastrophes-Threats-Doom-ebook/dp/B08T6FFY6S/ref=tmm_kin_swatch_0?_encoding=UTF8&qid=&sr=

Here is Dr. Patrick Moore’s description of his unique thesis as presented in Fake Invisible Catastrophes and Threats of Doom.

“It dawned on me one day that most of the scare stories in the media today are based on things that are either invisible, like CO2 and radiation, or very remote, like polar bears and coral reefs. Thus, the average person cannot observe and verify the truth of these claims for themselves. They must rely on activists, the media, politicians, and scientists – all of whom have a huge financial and/or political interest in the subject – to tell them the truth. This is my effort, after 50 years as a scientist and environmental activist, to expose the misinformation and outright lies used to scare us and our children about the future of the Earth. Direct observation is the very basis if science. Without verified observation it is not possible to know the truth. That is the sharp focus of this book.”

The book contains 98 color photographs, illustrations, and charts. A key target audience is parents who do not approve of the “progressive” school curriculum and its alarmism about the future of civilization and the natural world. Dr. Moore hopes these parents will read his book and pass it on to their high-school and older children to give them an alternative to the bleak future predicted by the prophets of doom. Many other audiences will also find the book informative and convincing.

In 11 chapters the reader is clearly shown that citizens are being misinformed by many environmental doomsday prophesies, ones they cannot verify for themselves. We are told that nuclear energy is very dangerous when the numbers prove it is one of the safest technologies. We are told polar bears will go extinct soon when their population has been growing steadily for nearly 50 years. We are told that there is something harmful in genetically modified food crops when it is invisible, has no name and no chemical formula. We are told severe forest fires are caused by climate change when they are actually caused by poor management of fuel load (dead wood) in the forest. We are told that all the coral reefs will die by 2100 when in fact the most diverse coral reefs are found in the warmest oceans in the world. And of course, we are told that invisible CO2 from using fossil fuels, accounting for more than 80 percent of our energy supply, will make the Earth too hot for life. All of these scare stories, and many more, are simply not true. And this book will convince you, your family, and your colleagues of that. There is no substitute for the truth.

Dr. Patrick Moore was one of the co-founders of Greenpeace and sailed on the first Greenpeace campaign against US H-bomb tests in Alaska. Upon receiving his PhD in ecology, he spent 15 years in the top committee of Greenpeace and led many of its environmental campaigns. Greenpeace began as a group of volunteers with noble intentions. Over the years it became very successful with campaigns to save the whales, stop the mass slaughter of baby seals, prevent toxic dumping into the air, water and earth, and many more. Greenpeace found itself in the early 1980s with more than $100 million coming in annually and close to 1,000 people on the payroll. It had become a business and fundraising moved to the top of the priority list. New campaigns were more about using sensationalism, misinformation and fear to attract donations. Dr. Moore said good-bye in 1986 as Greenpeace was turning into a racket peddling junk science. Since then he has strived to be a sensible environmentalist, basing his beliefs on sound science and logical thinking. This book is the culmination of 50 years of learning during Dr. Moore’s multi-faceted quest for the truth about environmental issues (an historical account of Dr. Moore’s 15 years with Greenpeace and his analysis of environmental subjects are in his previous book, “Confessions of a Greenpeace Dropout – The Making of a Sensible Environmentalist, also on Amazon).

Climate of Fear and Guilt

Polar Bears are Threatened with Extinction Due to Climate Change

One Million Species Face Extinction Due to Climate Change – Soon

Genetically Modified Food Contains Something Harmful.  What is it?

Fear of Radiation from Nuclear Reactors

Forest Fires: Of Course they are Caused by Climate Change (Not Trees?)

Patrick Moore: The central thesis of my book is unique and to the best of my knowledge has never been expressed in this manner before. It applies to virtually all the alleged present catastrophes and predictions of doom. It is a difficult thesis to argue against once one sees the reasoning.

In a nutshell: “Awhile back it dawned on me that the great majority of scare stories about the present and future state of the planet, and humanity as a whole, are based on subjects that are either invisible, like CO2 and radiation, or extremely remote, like polar bears and coral reefs. Thus, the vast majority of people have no way of observing and verifying for themselves the truth of these claims predicting these alleged catastrophes and devastating threats. Instead, they must rely on the activists, the media, the politicians, and the scientists – all of whom have a very large financial and/or political stake in the subject – to tell them the truth. This welcomes the opportunity to simply invent narratives such as the claim that “CO2 emissions from burning fossil fuels are causing a climate emergency.”

What if someone said to you, “Look, there is a flock of geese heading south for the winter”. You would look up, see that there were geese flying, that they were travelling south, and you would know that winter is coming. You have observed and verified the claim. This is not possible when claims are based on invisible or very remote subjects. No-one can see the CO2. It is not possible to detect a 0.5ºC rise in average annual temperature with your body. You cannot either observe or verify the claim for yourself. Therefore, you are at the mercy of people who are bringing in billions of dollars on a claim that cannot be independently checked for the truth. And they really want their claims to stick in your mind, make you afraid, and send or spend money to them or on their products.

Take the example of polar bears. They are not invisible, but they are so remote the average person cannot go to the Arctic and count all the polar bears around the North Pole. But the alleged cause of their alleged future extinction is CO2, which is invisible. Meanwhile nearly no one knows, because they don’t want you to know, that in 1973 a treaty was passed by all polar nations ending the unrestricted hunting of polar bears. Since then, in less than 50 years, the population has grown from 6 – 10,000 to at least 26 – 35,000. This is also known but they just don’t tell us about it. Instead, they make “predictions” of future extinction based on the claim of an alleged “climate emergency”, also caused by invisible CO2. And that’s what makes the Fae News.

Another excellent example are GMOs. It is claimed that there is something harmful in them, despite billions of meals of them eaten without so much as a tummy ache. Whatever it is, it must be invisible, as they can’t show it to us even with a 30-million-times electron microscope. Even more important is the fact the whatever it might be has no name, and no chemical formula. All matter: solid, liquid, or gas, has a chemical formula. Therefore, the bad thing in GMOs does not exist. It is the equivalent of a modern-day boogeyman.

This same principle applies to:

– Coral reefs are dying and will go extinct due to CO2-caused climate change.

– Old trees are dying due to climate change.

– One million species will go extinct soon due to climate change (a prediction).

– The Great Pacific Garbage Patch twice the size of Texas is killing the oceans (actually it does not exist).

– And, of course, the main attraction, invisible CO2 wreaking havoc on an unsuspecting planet and all species of life thereon. It’s all fakery to open your wallet and give to “charity”, political propaganda, fake media, and serial taxpayer grants for climate change “science” that is mostly based on baseless computer models. 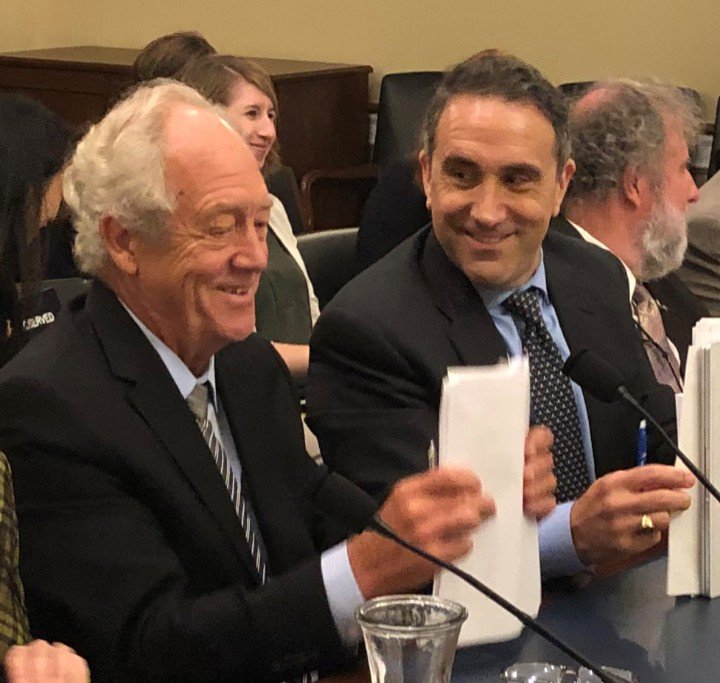