When Will IPCC End Its Scientific Denial?: How Long Can UN Body Ignore Thousands Of Publications Disputing CO2 As Driving Climate Crisis?

When Will @IPCC_CH End Its Scientific Denial: How Long Can UN Body Ignore Thousands Of Publications Disputing CO2? NO MORE EXCUSES. https://t.co/HWcgOXIVT9 pic.twitter.com/4ftFPSYze2

Despite the thousands of scientific publications refuting alarmist climate change scenarios, governments, activists and the IPCC continue to insist that we’re headed for climate catastrophe when we clearly are not.

Thanks to Kenneth Richard’s Herculean efforts and the Google Medieval Warm Period Map, we have these publications readily available.

There are reasons why in 2019 renowned astrophysicist Nir Shaviv told a Swiss news magazine that the warnings of the UN Intergovernmental Panel on Climate Change (IPCC) could not be taken seriously. The government-funded body relies on faulty models and alarmist publications, and continues to ignore a huge portion of the published rational science.

There is also an ongoing campaign aimed at preventing scientists from publishing non-alarmist findings.

One major part of the science the IPCC ignores are the long lists of “skeptic” papers we’ve been publishing here at NoTricksZone over the past years (see right side bar under “Pages”). 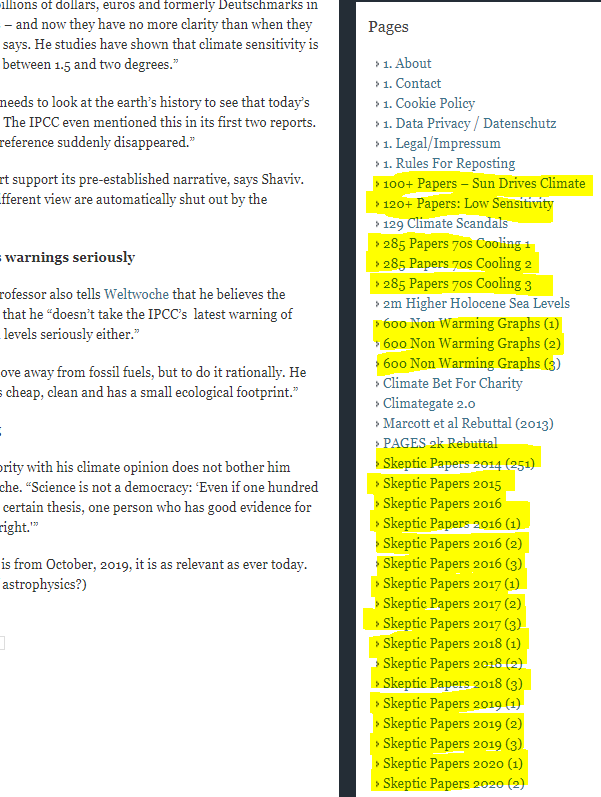 These listed papers go back to 2014 and undermine the claims our climate is headed for catastrophe. Included are over 3000 publications. Unfortunately, the IPCC refuses to acknowledge their significance and obstinately clings to its alarmist scenarios.

We have Kenneth Richard to thank for these lists. The task of of putting them together has been tedious and is nothing less than a Herculean effort. Kenneth deserves a lot of credit for the compilation, more than he’s gotten thus far. I know that many scientists are using these lists and that they serve as a major resource for getting the real, rational science out.

What normally would be done by an entire team of well-funded scientists, was done singlehandedly by Kenneth.

It’s our work now to make sure that these lists come to the attention of leading policymakers who still have an open ear – there are many and they are our last line of defense against climate regulatory tyranny. The COVID lockdowns we’ve seen so far are going to be nothing compared to what the climate zealots have in store for us.

Another factor the IPCC dismisses are papers on the colossal forces of solar variability and oceanic cycles that indeed do dominate the earth’s climate dynamics. The IPCC continues to shut out this undeniable science.  Out there are thousands of scientific peer-reviewed papers showing these forces of natural cycles to be real.

IPCC even ignores itself

In its first report issued in 1990, the IPCC presented Figure 7c which depicted the existence of the Medieval Warm Period (MWP) and the Little Ice Age:

Steve McIntyre presented a good article about the origins of that chart.

As we know, that curve was deemed terribly inconvenient by activist scientists, who vowed to get rid of it. By 2001, the 1990 Fig. 7 was replaced by Michael Mann’s hockey stick chart in the now infamous IPCC third assessment report. In the new “hockey stick” chart, Mann et al simply airbrushed away the Medieval Warm Period, insisting that it had never been global and had been only a regional North Atlantic occurrence.

Though the IPCC continues to deny the MWP and tries to erase it from history, it’s going to be an impossible task to eliminate it from the scientific literature and record. It’s not going away. The sheer volume of science behind it is simply overwhelming.

An outstanding body of science supporting the MWP is the comprehensive collection of scientific literature put together by German skeptic site Die kalte Sonne; the Google Maps chart,

It comprises more than 1200 papers providing solid evidence of the existence of the Medieval Warm Period and that the planet’s climate behaves cyclically and was never limited to a narrow and stagnate range of variability like the dubious Mann Hockey stick chart suggests. 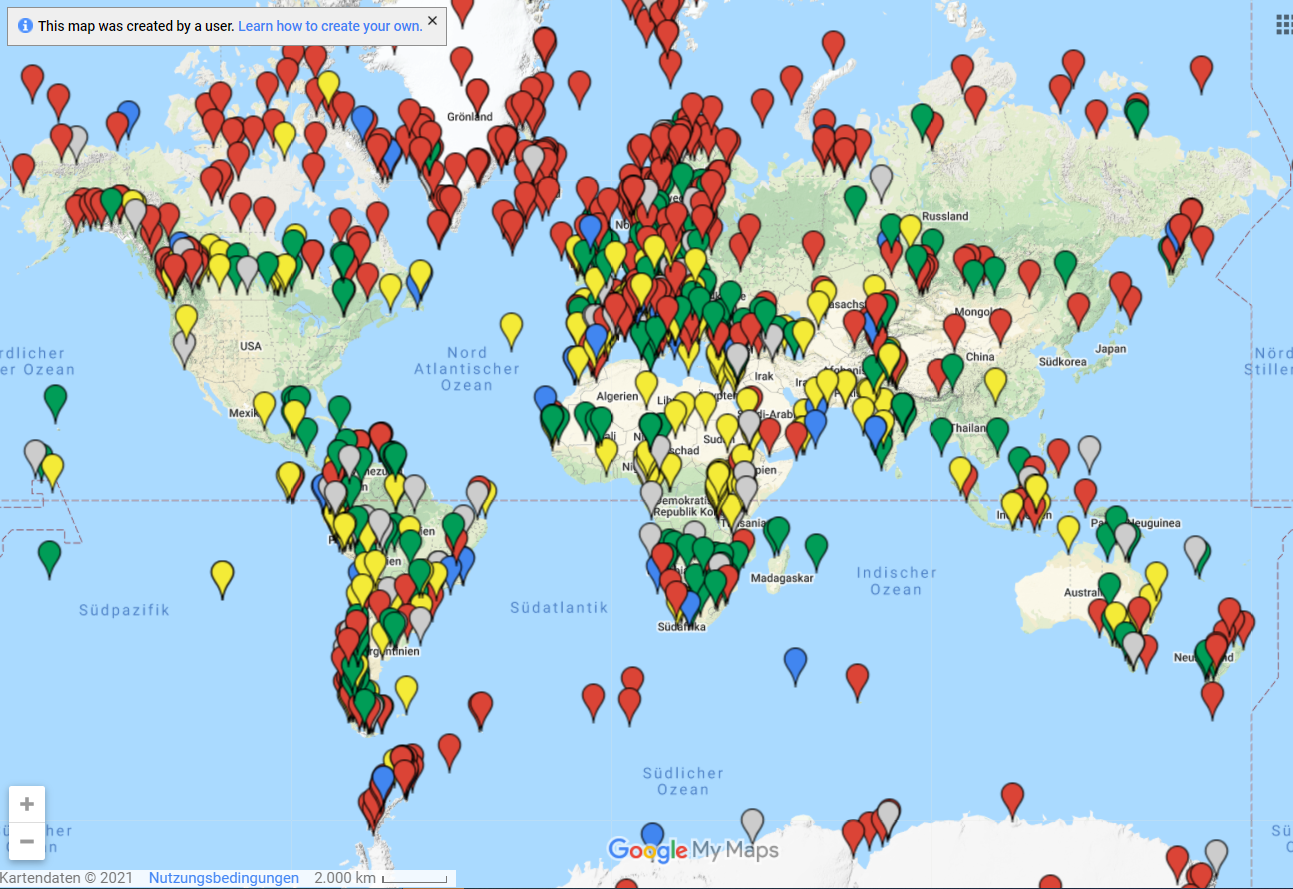 The producer of this valuable tool says he still has many more papers to enter on the map, but time is in short supply in his already very busy schedule.

So far the Google Medieval Warm Period Map has been viewed more than 250,000 times.

It’s really important this year for readers to spread these two important resources: a) The Skeptic papers and 2) the Google Medieval Warm Period Map.