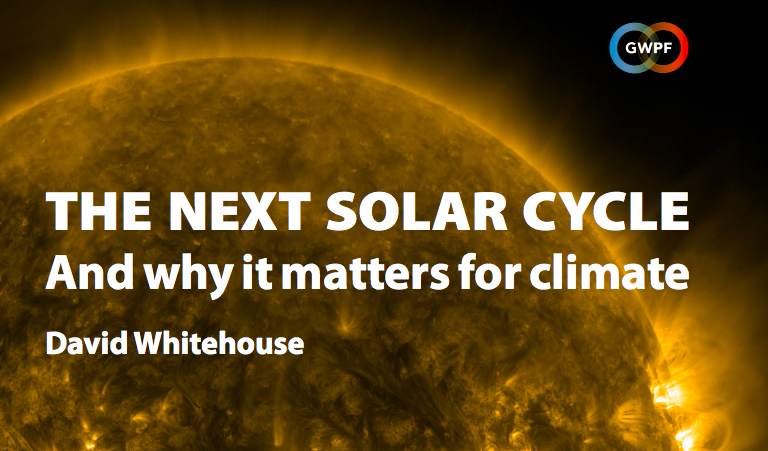 What a continuation of low solar activity would mean for global warming is something that will take a long time to judge.

The Sun has an interesting role in the debate about natural influences on global warming. Most climate scientists say its small change in radiance during its 11-year solar cycle – about one per cent – means that its effect is minor. Others point to the larger changes in UV than seen at optical wavelengths during a solar cycle as potentially significant, whilst many weather scientists maintain that solar activity is important on local scales.

Add to this the apparent coincidence that long-term modulation of the solar cycle such as the prolonged lower activity seen during the 17th century Maunder Minimum and the much briefer Sporer and Dalton minima, which may be associated with cooler climate on Earth, means that keeping an eye on decadal solar activity is important.

Solar Cycle activity has been lower during recent cycles so it is with interest that scientists note the recent start of Cycle 25 and make some predictions about how it might develop.

At a meeting yesterday of the Solar Cycle 25 Prediction Panel, co-chaired by NOAA and NASA, scientists said that Cycle 25 began in December 2019 with the appearance of small sunspots at high latitudes. According to Doug Biesecker of NOAA’s Space Weather Prediction Center Cycle 25 is expected to be similar to Cycle 24, which itself was somewhat weaker than average. The peak is expected in July 2025.

The status of predictions for Cycle 25 was detailed in GWPF Note 22 where it was reported that forecasts for the cycle’s length varied widely. With hindsight predictions for Cycle 24 were mixed. The number of sunspots at solar maximum was reasonably well envisaged but the timing of the maximum was wrong, possibly due to unusual disparities seen between the Sun’s northern and southern hemispheres.

Predictions about how Cycle 25 will unwind will be useful for planning for space weather – the solar influence on the environs of the Earth. What a continuation of low solar activity would mean for global warming is something that will take a long time to judge.