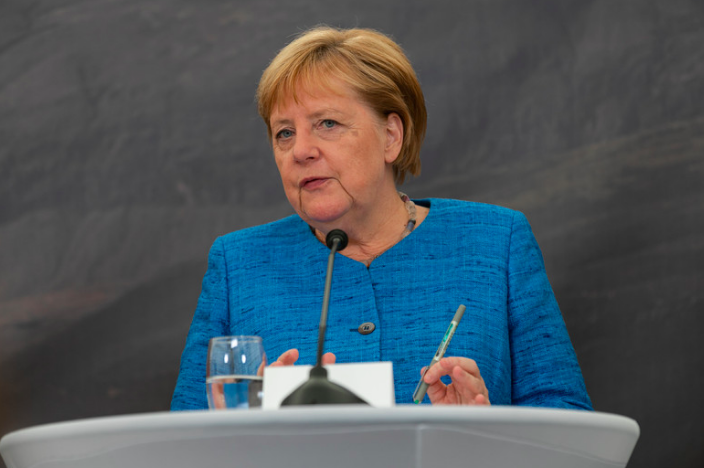 Expectations for climate protection were heaped onto 2020. The Paris Climate Convention means that Germany and its fellow signatories must sign up for higher climate targets before the year end.

The EU’s Green Deal, a package of pro-climate measures, is on the drawing board.
Against this backdrop, there were hopes that the Germany’s rotating council presidency would turn into a “climate presidency”.

But national and international priorities have been upended by the coronavirus pandemic, which ushered in an inevitable focus on healthcare and bids to insulate economies from sharp recession.

There has been a clear shift in sentiment.

Even in late April in her weekly video podcast, chancellor Angela Merkel, acknowledged that the German EU presidency would focus on dealing with the social and economic impact of the new coronavirus as well as environmental issues, but admitted: “It will be clearly dominated by the issue of combating the pandemic and its consequences”. […]

Despite these glimmers of hope, there remain precious few clues on the detail of what is in store during the upcoming German leadership.

Climate-minded observers bemoaned the lack of specifics during this year’s Petersberg Climate Dialogue – an annual meeting which includes about 30 environment ministers from around the world.

This year it was particularly closely watched as the United Nations Climate Change Conference in Glasgow at the end of the year has been cancelled amid COVID-19.

Speaking at the Petersberg Climate Dialogue, Merkel notably did not talk about the presidency at all, instead she talked in general terms about the Green Deal but she did endorse the commission’s proposal to raise the EU’s 2030 emissions reduction target from 40 percent, to 50-55 percent. […]

As the countdown to the German presidency picks up speed, it is clear that not all member nations are fans of pro-climate policies.

Amid the urgent need to react to the pandemic, a Polish government official has spoken out in favour of removing the EU emissions trading scheme while the Czech prime minister Andrej Babis has urged for the European Green Deal to be shelved.

This suggests a double challenge during Germany’s stint at the top, beyond the all-encompassing issue of COVID-19.