Gov. Blackface and the Greening of Virginia – Hammers state with goal ‘100% carbon-free sources’

"The federal government during the Bush and Obama administrations might be more significant. Bureaucrats and defense contractors have to live somewhere, and they vote according to their interests." ...

"After the state elections in November flipped both legislative houses to the Democrats, they set about turning that goal into a mandate, and this spring -- in the midst of the pandemic and Virginia's lengthy and onerous lockdowns -- Northam signed the Green New Deal-inspired Virginia Clean Economy Act, which did exactly that. He also approved the Clean Energy and Community Flood Preparedness Act which puts Virginia on the path to joining the Regional Greenhouse Gas Initiative. This multi-state compact imposes new regulatory burdens on Virginia's oil, natural gas, and coal power plants, and introduces a cap-and-trade scheme on the 30 largest of them. As Bonner Cohen, a senior fellow with the National Center for Public Policy Research, told The Daily Signal, “Virginia could hardly have picked a worse time to join RGGI." 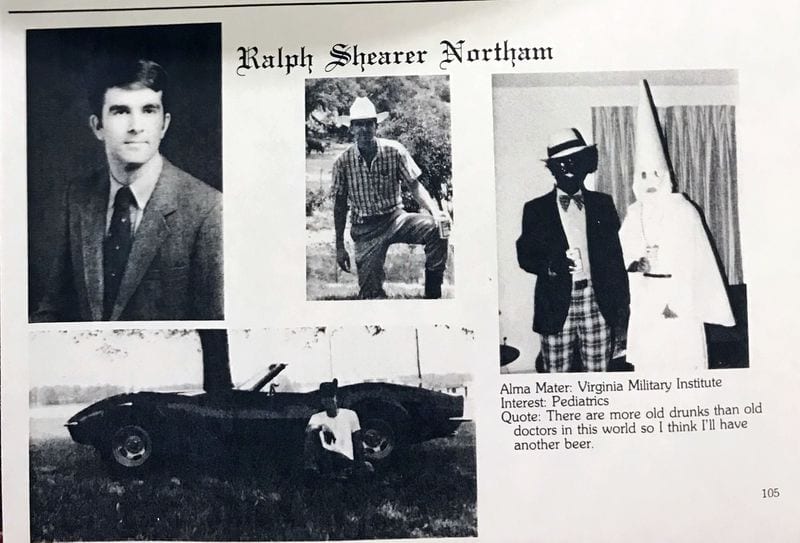 You’re forgiven for still thinking of Virginia as a conservative state. If you went to school before the Leftists leveled our educational system, you’ll know that securing the buy-in of steady, aristocratic Virginians like George Washington and Thomas Jefferson helped convince the colonists that the dispute those rowdy New Englanders were having with Britain wasn’t just a regional affair. But as a matter of more recent history, between the elections of Dwight Eisenhower in 1952 and Barrack Obama in 2008, Virginia was only won by one Democrat in a presidential contest. This isn’t to say that the Old Dominion has been governed exclusively by the GOP — when Linwood Holton was elected governor in 1970 he was the first Republican to hold that position in a century — but no matter the party power in Richmond, they had to conform to the small ‘c’ conservative culture of the state.

In a relatively short time, however, that Virginia has been fundamentally transformed. After the most recent gubernatorial contest, which saw the election of the fourth Democrat in the last five cycles, journalist Matthew Continetti wrote a piece about his home state entitled ‘How States Like Virginia Go Blue.’ In it he paints a picture of modern day Virginia as “a hub of highly educated professionals, immigrants, and liberals,” with an exploding population comprised of both the wealthy and educated and the comparatively poor, both key Democratic constituents:

The number of Virginians born overseas has skyrocketed from 5 percent to 12 percent. The Hispanic population has gone from 3 percent to 10 percent. The Asian community has grown from 2 percent to 7 percent. In 1990, 7 percent of people 5 years and older spoke a language other than English at home. In 2018 the number was 16 percent.

If educational attainment is a proxy for class, Virginia has undergone bourgeoisification. The number of adults with a bachelor’s degree or higher has shot up from 25 percent of the state to 38 percent. As baccalaureates multiplied, they swapped partisan affiliation. Many of the Yuppies of the ’80s, Bobos of the ’90s, and Security Moms of the ’00s now march in the Resistance.

Which is to say that, in that time, Virginia has been culturally and demographically tugged away from the rural, southern states and towards the urban, mid-Atlantic states. As one might expect, these trends are significantly more pronounced in the DC suburbs of Northern Va., especially Fairfax and Loudoun Counties. The populations of these counties have exploded in that time. Fairfax gets more press, but Continetti points out that the population of Loudoun has more than quadrupled since the early ’90s. Immigration is an important factor, but the expansion of the federal government during the Bush and Obama administrations might be more significant. Bureaucrats and defense contractors have to live somewhere, and they vote according to their interests.

Transformations like the one Continetti describes have consequences. In 2017, Virginians elected Democrat Ralph Northam, a pediatric neurologist, as its governor. A lot of ink has been spilt on Northam’s expanding abortion access in Virginia (including his controversial comments related to post-birth abortion) and his war on guns (as well as the extremely civil protests against his anti-2nd Amendment initiatives, which were nevertheless vilified by the mainstream media), as these have particularly enraged the Old Virginians. And who could forget his racist yearbook photo, which he originally claimed did not depict him until he eventually apologized, though without clarifying whether he’s the Klansman or the guy in black face. Somehow Democrats are always able to survive these things, while Republicans have their careers ended over more ambiguous incidents.

As Politico noted at the time:

In a bid to salvage his job, the Democratic governor of Virginia denied he was one of the men dressed up as a Klansman or in blackface in a picture on his medical school yearbook page — after admitting the night before he was, in fact, in the photo.

In a different yearbook at Virginia Military Institute, Northam was nicknamed “Coonman.” Why? He wasn’t quite sure, he said. “My main nickname in high school and in college was ‘Goose’ because when my voice was changing, I would change an octave. There were two individuals, as best as I can recollect, at VMI — they were a year ahead of me. They called me ‘Coonman’. I don’t know their motives or intent. I know who they are. That was the extent of that. And it ended up in the yearbook. And I regret that.”

A less publicized aspect of Northam’s agenda has been his environmental extremism. Last September he signed an executive order setting a goal that the state produce 100 percent of its energy via “carbon-free” sources by 2050, and 30% within the next 10 years.

Chris Bast… of the [Department of Environmental Quality] told The Center Square that he did not have an estimate on how much the executive order will cost consumers or taxpayers, but said that investments to fight climate change are necessary. “The cost of inaction outweighs the cost of action,” Bast said.

After the state elections in November flipped both legislative houses to the Democrats, they set about turning that goal into a mandate, and this spring — in the midst of the pandemic and Virginia’s lengthy and onerous lockdowns — Northam signed the Green New Deal-inspired Virginia Clean Economy Act, which did exactly that. He also approved the Clean Energy and Community Flood Preparedness Act which puts Virginia on the path to joining the Regional Greenhouse Gas Initiative. This multi-state compact imposes new regulatory burdens on Virginia’s oil, natural gas, and coal power plants, and introduces a cap-and-trade scheme on the 30 largest of them.

As Bonner Cohen, a senior fellow with the National Center for Public Policy Research, told The Daily Signal, “Virginia could hardly have picked a worse time to join RGGI,”

Everywhere RGGI has gone, higher electricity prices have followed. In Virginia’s case, however, membership will coincide with trying to recover from the self-imposed economic collapse of the statewide lockdown. At a time when millions have lost their jobs, many of them from small businesses that may never reopen, Gov. Northam and his supporters in the General Assembly are knowingly adding to the burdens of families trying to recover from the COVID-19 lockdown. It is a direct assault on the disposable incomes of the state’s most vulnerable residents by an out-of-touch political elite. Absurdly, with natural gas abundant, reliable, and cheap, the governor chooses this moment to hitch Virginia’s fortunes to taxpayer-subsidized wind and solar power, which are intermittent, unreliable, and expensive.

Tom Pyle, president of the American Energy Alliance, adds that this push will ultimately be harmful to the environment and ignores the fact that the fracking revolution has led to a significant decrease in America’s carbon emissions.

“If you’re going to require all of the state’s power to come from 100% carbon-free sources by 2050, this will require a lot of [the] state’s land, which probably means impacting the state’s agricultural lands or cutting down some forests and probably both… So much for the environment.”

“It’s also completely unnecessary,” he said. “If the goal is to stop climate change, the U.S. is already the global leader in carbon dioxide emission reductions. Between 2005 and 2018, CO2 declined 12%. The free market is already taking care of the environment.”

Unfortunately these trends seem unlikely to turn around any time soon. The Virginia Republican party is made up of factions which seem to despise each other more than they hate the Democrats, but it just might be the case that the numbers to change course just aren’t there. Northam’s opponent in 2017 was the GOP establishmentarian Ed Gillespie, a two-time loser in state elections, who attempted to appeal to nationalists by focusing on issues like crime and immigration. He received only 45% of the vote.

Perhaps the only solution might be a proposal which started gaining steam during the Second Amendment battles earlier this year — secession. Specifically secession for those counties in western and southern Virginia disturbed by the direction of their state and interested in joining the more conservatively inclined West Virginia. And the free state of West Virginia, which itself seceded from the slave state of Virginia in 1863, seems ready to welcome their separated brethren with open arms. Should that transpire, and the size and relative importance of Virginia decrease on Northam’s watch, his face will no longer be black or even green. It will be red.