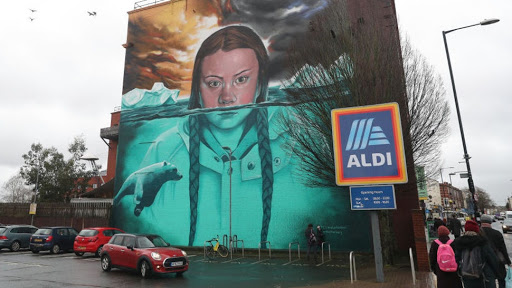 A new study on “climate anxiety” found that famed child activist Greta Thunberg is not the only young person who has suffered from severe stress as a result of taking dire predictions about the planet by climate alarmists to heart.

“Climate anxiety: Survey for BBC Newsroundshows children losing sleep over climate change and the environment,” the BBC Newsround report on its survey of 2,000 eight to sixteen-year-olds declares.

“Do you feel optimistic, worried or uncertain?” the report begins. “We at Newsround know young people are passionate about the environment, so we wanted to find out more about how you feel about climate change and what’s being done to tackle it. We also wanted to know how you felt about the impact changes to the environment could have on your future.”

Following that rather anxiety-promoting intro, Newsround highlights its survey’s findings, and, unsurprisingly, they’re packed with worry, frustration, concern, and fear.

Young people, Newsround explains, “are frustrated and anxious about what’s happening.” A majority (58%) of the 2,000 children Newsround interviewed told them that they were worried about the impact of global warming on their futures, and about one out of every five of them (19%) have even had nightmares about it.

About the same percentage of the children (17%) said their sleeping and eating habits have been affected by their fears about climate change, as the Independent notes.

Below are some of the study’s key findings:

The most high-profile climate change activist in the world now is a child, Greta Thunberg, who, along with her parents, has made a point of emphasizing in her activism how much she is plagued by fear about her future and the future of other young people.

In an excerpt of her memoir on her family published by The Guardian in February, Thunberg’s mother, Malena Ernman, tells the alarming story of her daughter’s descent into “some kind of darkness” – a period in which she largely refused to speak to anyone but her parents and stopped eating to the point where her family considered admitting her to emergency care.

After struggling for months emotionally and psychologically, Thunberg – who Ernman describes as being diagnosed with “Asperger’s, high-functioning autism and OCD, obsessive-compulsive disorder” – became obsessed with the state of the environment. She began to speak and eat again, but she also began to see potential causes of “climate change” everywhere.

Ernman describes the moment her daughter’s climate activism, which would quickly bring her to international fame, began:

In school one day, Greta’s class watches a film about how much rubbish there is in the oceans. An island of plastic, larger than Mexico, is floating around in the South Pacific. Greta cries throughout the film. Her classmates are also clearly moved. Before the lesson is over the teacher announces that on Monday there will be a substitute teaching the class, because she’s going to a wedding over the weekend, in Connecticut, right outside of New York. “Wow, lucky you,” the pupils say. Out in the corridor the trash island off the coast of Chile is already forgotten. New iPhones are taken out of fur-trimmed down jackets, and everyone who has been to New York talks about how great it is, with all those shops, and Barcelona has amazing shopping too, and in Thailand everything is so cheap, and someone is going with her mother to Vietnam over the Easter break, and Greta can’t reconcile any of this with any of what she has just seen.

She saw what the rest of us did not want to see. It was as if she could see our CO2 emissions with her naked eye. The invisible, colourless, scentless, soundless abyss that our generation has chosen to ignore. She saw all of it – not literally, of course, but nonetheless she saw the greenhouse gases streaming out of our chimneys, wafting upwards with the winds and transforming the atmosphere into a gigantic, invisible garbage dump.

She was the child, we were the emperor. And we were all naked.