Are they trying to control the climate, or you?

APRIL 21! The sequel to the groundbreaking #ClimateHustle film premieres for 1 night only showing in over 700 theaters in the USA & Canada! 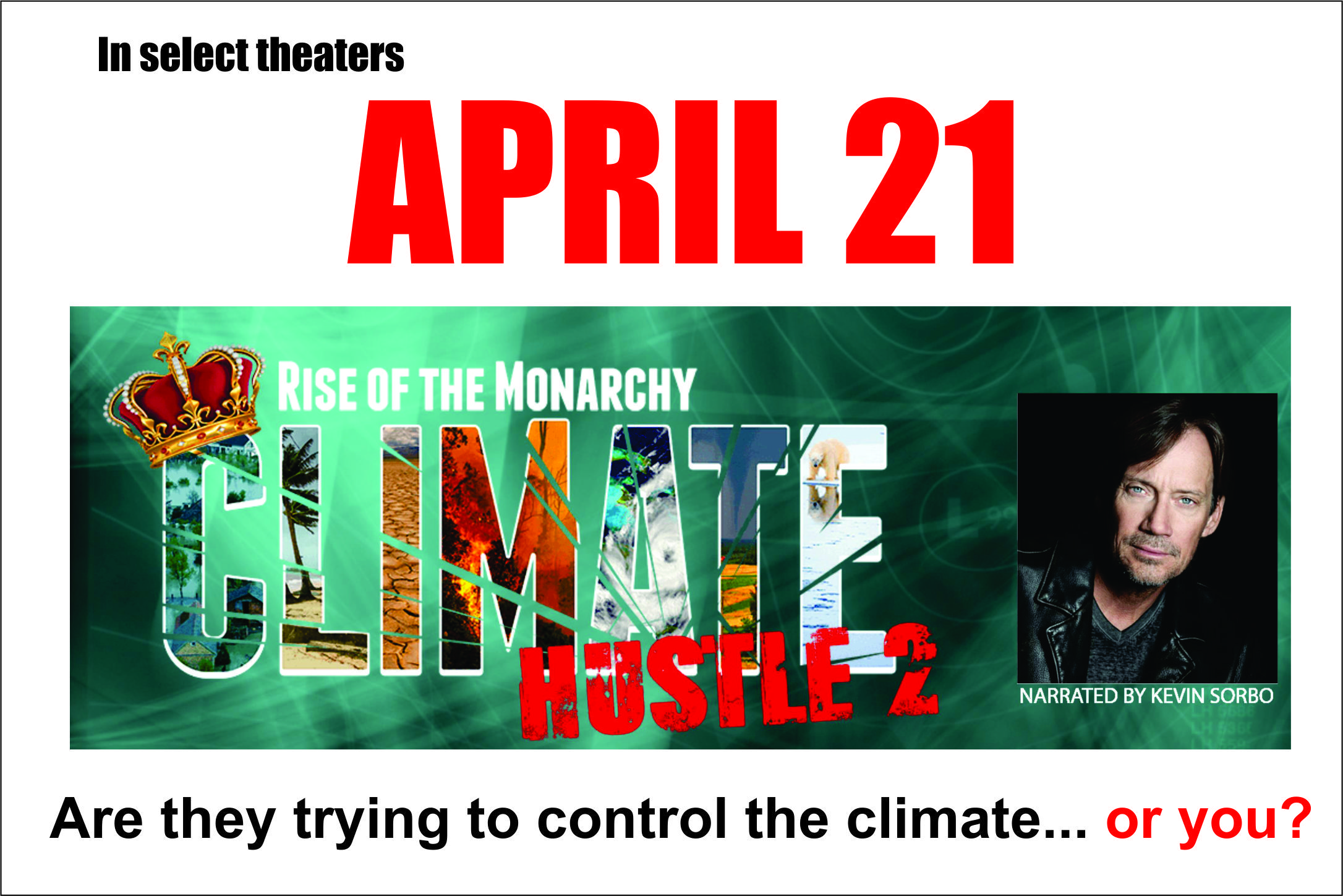 WASHINGTON, January 23, 2020 — The climate change debate is set to be rocked as a new skeptical film, Climate Hustle 2: The Rise of the Climate Monarchy, hosted by actor Kevin Sorbo, will be released in over 700 movie theaters  in the U.S. and Canada on April 21, 2020. The film, whose byline provokes the question “Are they trying to control the climate, or you?”, is the sequel to the smash hit Climate Hustle which was released in 2016 and garnered the #1 per-screen-average for its one-night showing. Climate Hustle 2 is poised to be a pivotal force as the 2020 elections are becoming a national referendum on America’s future, regarding the Green New Deal and even countries giving up their sovereignty to be part of the UN’s Paris Pact.

Climate Hustle 2: The Rise of the Climate Monarchy will leave audiences questioning the elite media-driven and school-taught climate claims. The movie uncovers that “global warming” is merely the latest environmental scare since the 1960s that have the same ‘solutions’ of central planning, wealth redistribution and sovereignty limiting treaties.

The film explores the many aspects of control called for that mirror George Orwell’s 1984 novel. In a similar vein, the UK’s Lord Christopher Monckton ponders in the film how the modern climate change movement has many parallels to absolute monarchies. “Are they creating, effectively, a new climate monarchy with a new aristocracy?”

Climate Hustle 2 examines the brutal climate agenda from the shameless exploitation of children to Hollywood’s hilarious hypocrisy to the religious fervor of climate campaigners to the wacky “solutions” proposed like shrinking humans and eating bugs.

Tickets for Climate Hustle 2 are now on sale at www.climatehustle2.com.