AOC, What A Fracking Idiot

Rep. Alexandria Ocasio-Cortez (D-NY) is doing it again, saying the wrong thing about subjects she knows nothing about. Her latest claim is that fracking harms drinking water, which has been disproven by many studies.

On Wednesday, she tweeted, “Fracking is destroying our land and our water. It is wreaking havoc on our communities’ health. We must do our job to protect our future from the harms caused by the fracking industry. That is why I am proud to introduce the Fracking Ban Act with @RepDarrenSoto today.”

Fracking is destroying our land and our water. It is wreaking havoc on our communities’ health. We must do our job to protect our future from the harms caused by the fracking industry. That is why I am proud to introduce the Fracking Ban Act with @RepDarrenSoto today. 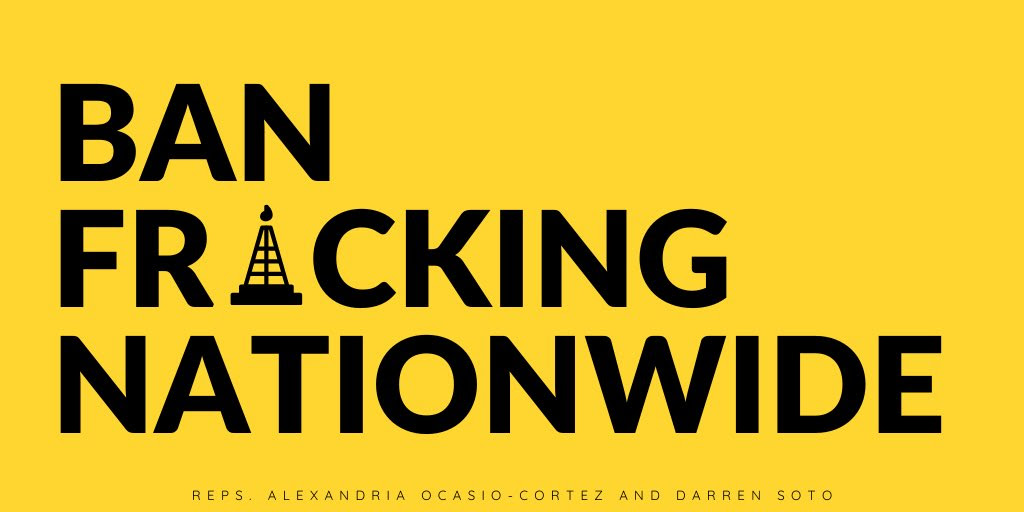 2,924 people are talking about this

The fracking process starts with a well that is drilled vertically or at an angle from the surface to a depth of 1 to 2 miles (1.6 to 3.2 kilometers) or more, according to the U.S. Environmental Protection Agency (EPA). The vertical well is then encased in steel and/or cement to ensure the well doesn’t run the risk of leaking into any groundwater. Then chemically treated water is pumped into deep shale formations at extremely high pressure. The fluid cracks the shale or widens existing cracks, freeing hydrocarbons to flow toward the well.

In 2015 Barack Obama’s EPA reported that fracking does not hurt drinking water. The report which was initially requested by Congress, (the executive summary of the report is below) said the agency “”did not find evidence”” that any process has “”led to widespread, systemic impacts on drinking water resources in the United States.””

According to the study, the only times fracking could affect drinking water was when there were “poorly constructed drilling wells and improper wastewater management.” But the EPA also reported the number of cases was small compared with a large number of wells that use hydraulic fracturing.

For industry and congressional voices who have long argued the health hazards associated with fracking are overblown, the report appeared to be a boon.

“The study confirms what we already know. Hydraulic fracturing, when done to industry standards, does not impact drinking water,” Sen. Lisa Murkowski, R-Alaska, chairwoman of the Senate Energy and Natural Resources Committee, said in a statement. “States have been effectively regulating hydraulic fracturing for more than 40 years and this study is evidence of that.”

Research published in 2018 by geologists at the University of Cincinnati,  tested the water in three Ohio counties near fracking wells and found a similar result:

A study of drinking water in Appalachian Ohio found no evidence of natural gas contamination from recent oil and gas drilling.

Geologists with the University of Cincinnati examined drinking water in Carroll, Stark, and Harrison counties, a rural region in northeast Ohio where many residents rely on water from private underground wells.

The time-series study was the first of its kind in Ohio to examine methane in groundwater in relation to natural gas drilling. The results were published in the journal Environmental Monitoring and Assessment.

“Some people had elevated concentrations of methane in their groundwater, but the isotopic composition showed it wasn’t from natural gas” said Amy Townsend-Small, associate professor of geology in UC’s McMicken College of Arts and Sciences.

“What we found is in most cases it was probably from underground coal in the area or biological methane produced in groundwater.”

Biological methane? Who is farting in the water? Hey, I know.  Maybe that’s what John Kasich was doing during the 2016 Republican Convention. The convention was in his state. Kasich was the host, but he never showed up.  Perhaps that’s why he disappeared.

But the one whose voice hasn’t disappeared (but should) is AOC. She knows nothing but says everything.  Her comments about fracking were made without research. She didn’t even Obama Administration research (embedded below).  This proves once again that AOC is a fracking idiot.