Sanders And Warren Campaigns Paid Carbon Offset Reparations For An Estimated 2,102 Tons Of Coal Worth Of Carbon In 2019 – Spent a combined $2.4 million on private jets in 2019

Sens. Bernie Sanders and Elizabeth Warren purchased carbon offsets meant to counteract the equivalent of 2,102 tons of coal while traveling the country campaigning for president, according to a Daily Caller News Foundation estimate derived from their carbon offset payments.

Both Sanders and Warren devoted a considerable amount of cash to private jets travel in 2019. Sanders led the Democratic field in private airfare spending in 2019, dishing out $1.6 million to Apollo Jets, LLC, a “luxury private jet charter service,” according to Federal Election Commission records.

In March, Sanders, Vermont’s senior senator, became the first Democratic presidential candidate to promise to purchase offsets to effectively wipe out his campaign’s carbon production from travel. A Warren aide told The Hill in October that her campaign also purchases offsets for carbon emissions.

The two senators used the Vermont-based NativeEnergy for their carbon offset needs. Sanders purchased $32,230 in offsets from the firm in 2019, while Warren spent $26,908, Federal Election Commission records show.

That’s enough for the two campaigns to offset a combined 3,815 tons of carbon emissions, according to a NativeEnergy online calculator that places the offset value of a ton of carbon at $15.50.

3,815 tons of carbon emissions is the equivalent of burning 2,102 tons of coal, or consuming 429,000 gallons of gasoline, according to the Environmental Protection Agency.

The precise amount of carbon the campaigns paid to offset is not clear. NativeEnergy spokeswoman Betsy Dall told the DCNF that the firm’s pricing decreases as the volume of offsets increases, which suggests that the campaigns could have offset more than a combined 3,815 tons of carbon, but she didn’t provide the exact rate they paid when asked.

Neither of the campaigns responded to multiple requests for comment about their carbon offset payments. (RELATED: Bernie To Charter A Private Jet To Campaign In Iowa During Impeachment Trial)

Sanders, a prominent environmentalist and supporter of the Green New Deal (GND), confirmed his decision to use a private jet during a Jan.10 episode of “The Late Show with Stephen Colbert.” The GND calls for shifting the U.S. away from traditional fossil fuels and toward green energy fuel sources. Warren, who represents Massachusetts, rolled out her own version of a GND in June 2019 that would create one million green jobs at the cost of $2 trillion over a decade. 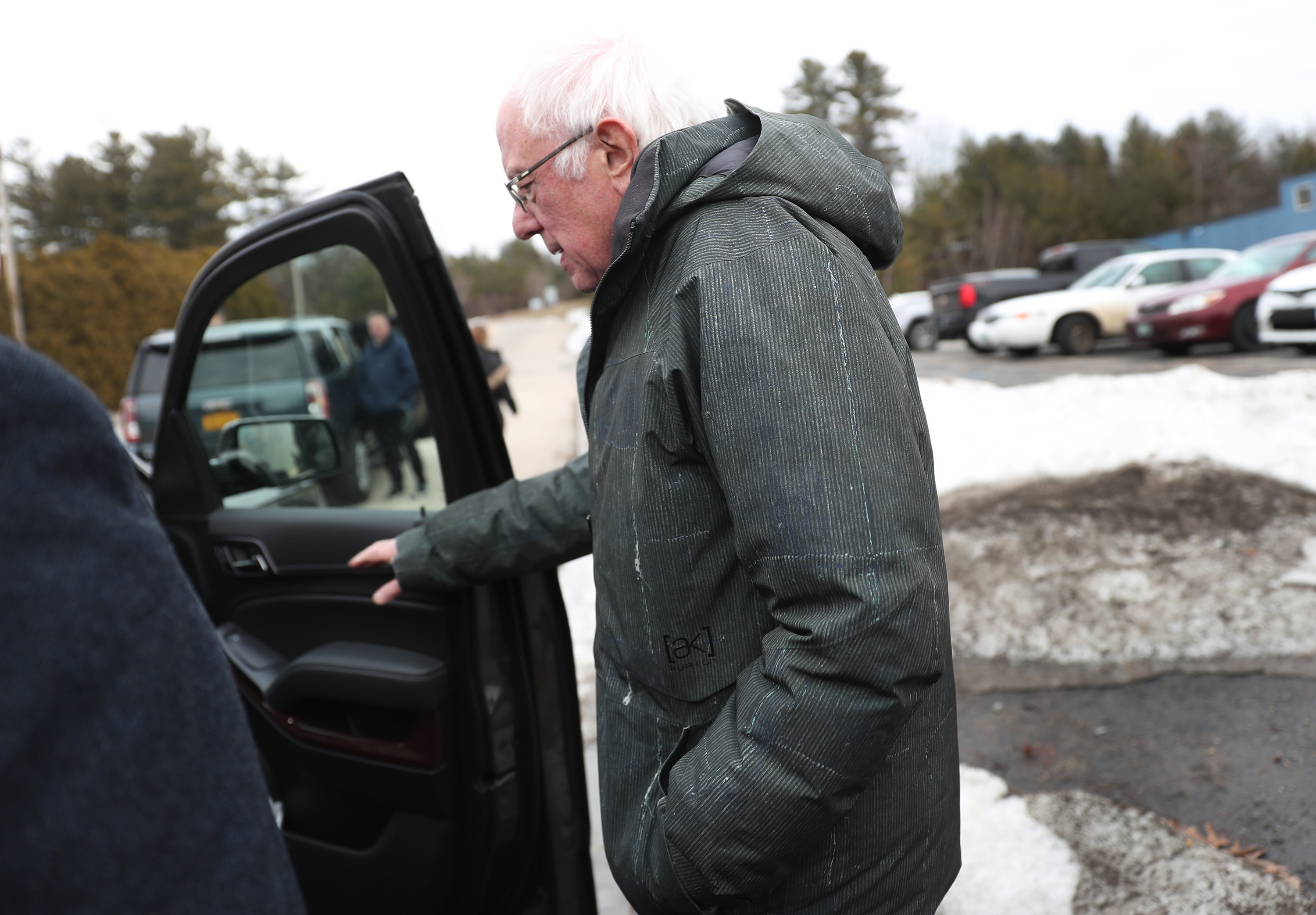 Democratic 2020 candidate Bernie Sanders walks to his vehicle after he landed on Feb. 04, in New Hampshire. (Joe Raedle/Getty Images)

Warren’s campaign netted a big endorsement in December from Rhiana Gunn-Wright, whose Twitter profile suggests she crafted policy for the GND, a piece of legislation introduced by Rep. Alexandria Ocasio-Cortez, a New York Democrat. The bill was ultimately defeated in March 2019, but has become a rallying cry for young climate activists and Democrats alike.

Many of the country’s most prominent climate activists and Democratic politicians are being tight-lipped about Sanders and Warren’s private jet travel. The DCNF reached out to GND sponsors Ocasio-Cortez of New York and Massachusetts Sen. Ed Markey but neither has responded to repeated requests for comments.

The DCNF also reached out to Reps. Ilhan Omar of Minnesota, Ayanna Pressley of Massachusetts, and Rashida Tlaib of Michigan, but none of them responded to multiple requests for a reaction to Sanders’ jet travel. They are all part of the same group of freshman lawmakers who have been nicknamed “The Squad.”

The Sunrise Movement, which kickstarted the GND push, has also not responded to requests for comment.

The GND resolution, among other things, called for “10-year national mobilizations” toward a series of goals aimed at fighting global warming. A separate fact sheet claims the plan would “mobilize every aspect of American society on a scale not seen since World War 2.” It sought to nix oil production outright.

Reports suggest the GND could cost tens of trillions of dollars. Americans could be forced to pay up to $93 trillion to implement the proposal over a decade, the conservative-leaning American Action Forum (AAF) noted in a study in February 2019.

That comes to an estimated cost of $36,100 to $65,300 per household every year to meet the GND’s goals, AAF reported at the time. Such goals include “net-zero” emissions, widespread high-speed rail, guaranteed jobs, universal health care, and creating infrastructure for other social justice measures