The company pointed out to the teenager that “it would have been even nicer if you had also reported how friendly and competently our team served you at your seat in first class.” 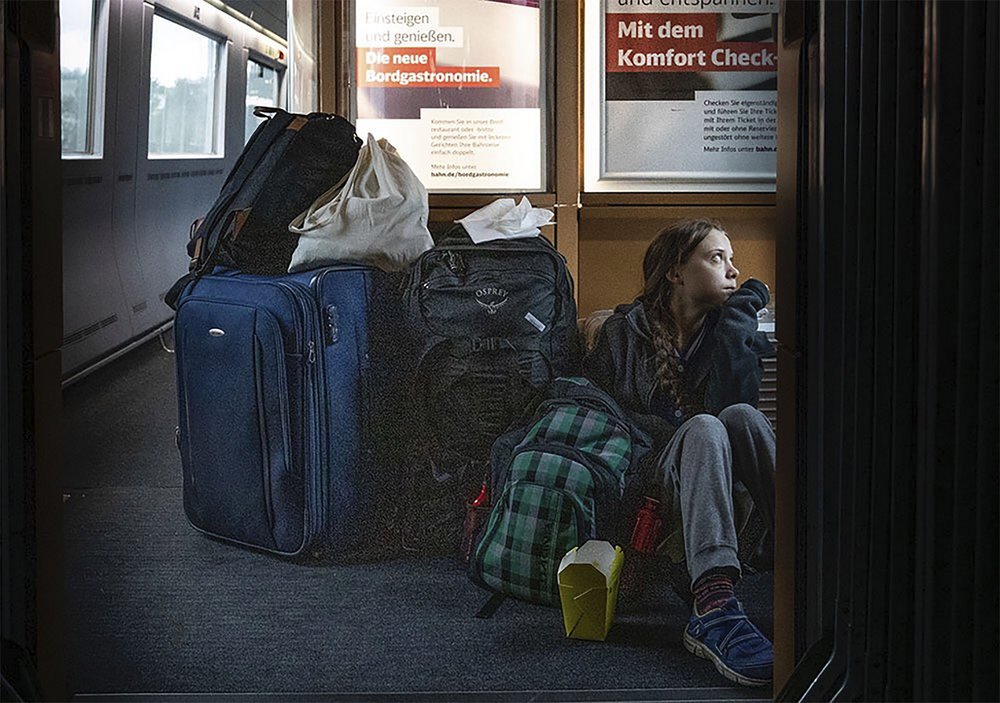 No seat! Climate Brat Greta Thunberg Learns the Hard Way Why Many People Prefer to Fly

BERLIN (AP) — Climate activist Greta Thunberg and Germany’s national railway company created a tweetstorm Sunday after she posted a photo of herself sitting on the floor of a train surrounded by lots of bags.

The image has drawn plenty of comment online about the performance of German railways.

Thunberg posted the tweet late Saturday with the comment “traveling on overcrowded trains through Germany. And I’m finally on my way home!”

But German railway company Deutsche Bahn suggested that Thunberg may not have spent the whole time sitting on the floor. And the 16-year-old Swedish activist later sought to draw a line under the matter by tweeting that she eventually got a seat and that overcrowded trains are a good thing.

Some Twitter users expressed pity for Thunberg for not being able to get a proper seat on the train for the long ride home from Madrid, where she was attending the U.N. climate change conference. Others wished her a safe trip home after months of traveling by trains and boats to different climate events in Europe and the United States.

Thunberg doesn’t fly on planes because it’s considered harmful to the climate. Last week, she was named Time magazine’s Person of the Year for her efforts to prod government and others to take faster actions in fighting climate change.

Deutsche Bahn, which used to be famous for its punctuality, has come under fire in recent years for delays, last-minute train cancellations and expensive ticket fares.

In Deutsche Bahn’s first reply to the teenager’s initial tweet, the company wished her a good trip back home and adding that “we continue working hard on getting more trains, connections and seats.”

Later, however, the railway company wrote in a statement to the media that Thunberg had a seat in first class between Kassel and Hamburg and that other members of her team were already sitting in first class from Frankfurt onwards.

In the photo on Twitter, Thunberg is sitting on the floor at the end of a rail car with her back leaning against a suitcase, staring out of a window. There’s an empty food box next to her and more suitcases and backpacks piled up by her side.

Later on Sunday, Deutsche Bahn tweeted twice more in regard to Thunberg’s train travels through Germany.

In the first tweet, the company thanks the teenager for supporting Deutsche Bahn’s battle against climate change and pointed out that the train she used had been running 100% on eco-friendly electricity.

In the second tweet, however, Deutsche Bahn seemed to suggest that Thunberg hadn’t spent the entire train ride sitting on the floor.

The company pointed out to the teenager that “it would have been even nicer if you had also reported how friendly and competently our team served you at your seat in first class.”