Have it your way: UN climate summit sees long lines at Burger King despite anti-meat warning – ‘Whopper of hypocrisy’

Wash Times: "Morano, named in Nature article in 2019 as the media’s top 'climate contrarian,' also tracked down Harrison Ford, who said in a 2010 interview that he often flew up the coast just to grab a cheeseburger, at the Madrid summit." 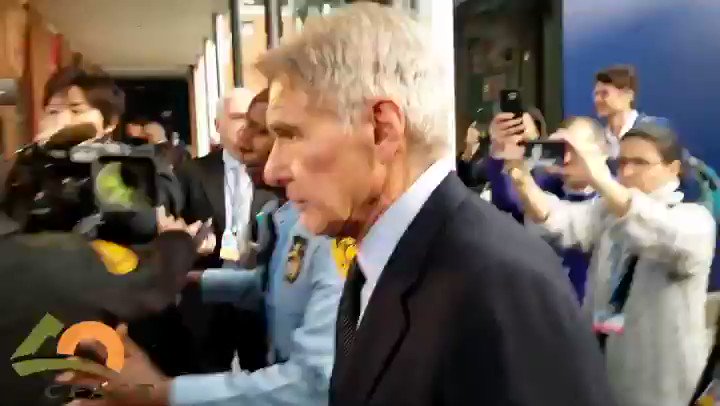 The anti-meat messaging at the UN Climate Change Conference apparently hasn’t deterred attendees from grabbing a bite at one of the world’s most popular burger joints.

“Burger King only offered real cow meat at the summit location,” Mr. Morano said in his Thursday report. “No fake meat burger available is even more ironic, given that the UN just gave its ‘Planetary Heath’ award to the company responsible for Burger King’s fake meat ‘Impossible Meat’ burgers on December 10.”

Mr. Morano, named in Nature article last year as the media’s top “climate contrarian,” also tracked down Harrison Ford, who said in a 2010 interview that he often flew up the coast just to grab a cheeseburger, at the Madrid summit.

We asked Harrison Ford why he “frequently flies up the coast for a cheeseburger” while telling us to have lower CO2. Meanwhile, UN delegates at the climate conference chowed down at the Burger King in the UN food court. Full video: https://www.youtube.com/watch?v=yZKaACSyxbY … #harrisonford #COP25

121 people are talking about this

Asked whether he still fires up his plane when he gets a hankering for a burger, Mr. Ford replied, “I’m a vegetarian now, thank you.”

The UN Environment Programme warned in November 2018 that “meat production is one of the most destructive ways in which we leave our footprint on the planet,” and encouraged consumers to eat less meat.

The annual climate-change convention, known as COP25, hosts delegations from across the world to “take the next crucial steps in the UN climate change process” following the 2015 Paris Agreement.