We’ve truly entered a new era in American governance when a top state elected official finds it worthwhile to travel to an international diplomatic event to proclaim what this world needs is to “stymie capitalism.”

That was the message from Mandela Barnes who was sworn in as Wisconsin’s new Lieutenant Governor last January.  Barnes summed up the tenor of an official UN panel at COP 25 entitled “Subnational strategies in North America for meeting Paris Commitments” in which U.S. and Canadian officials made no bones about their left-wing proclivities. 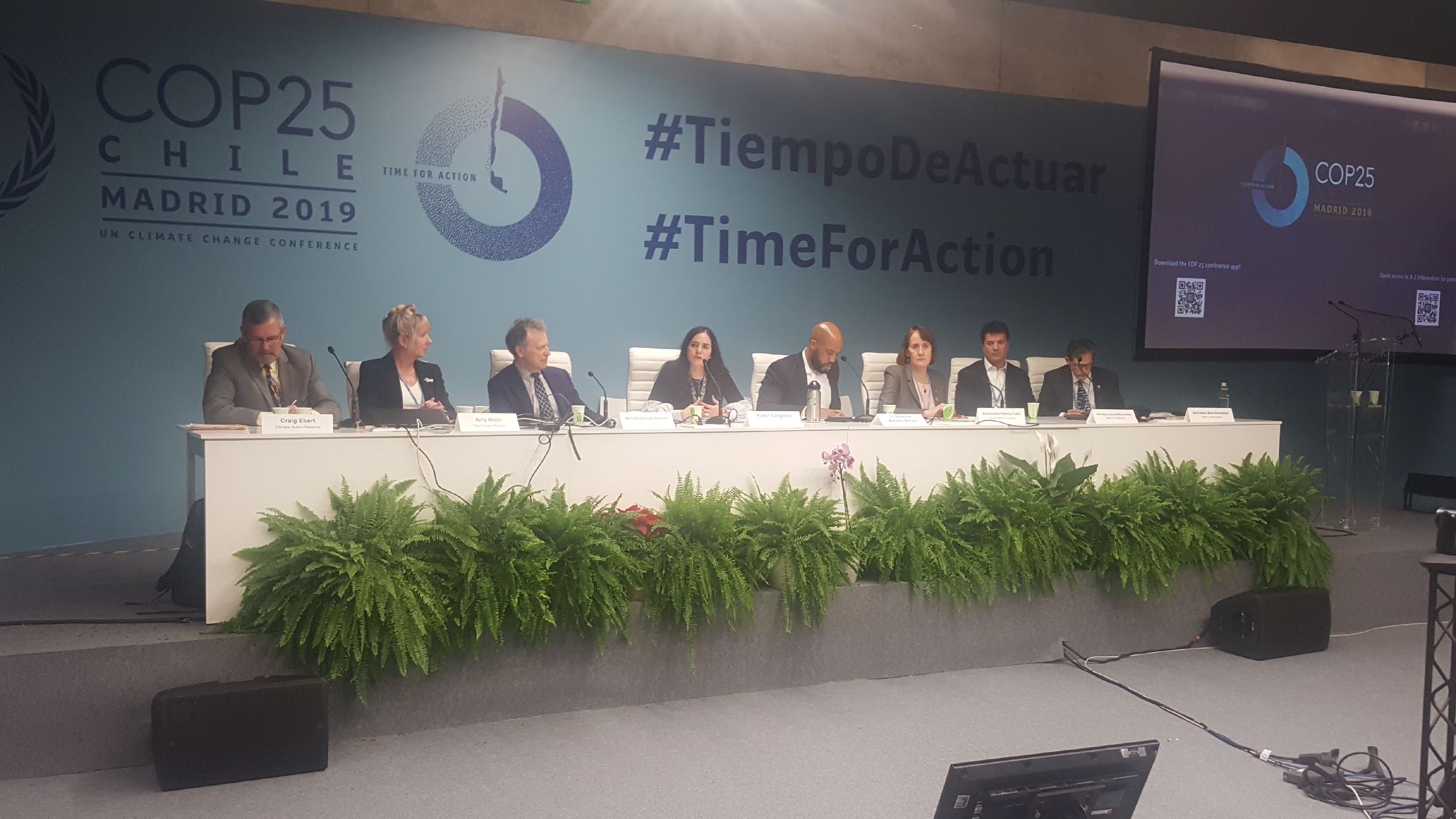 The self-satisfaction and arrogance on display from this panel of government “servants” was palpable, as was their clearly stated contempt for the citizens they serve.  They made it clear that they don’t expect regular people to be able to understand the newly-christened climate “emergency.”  People don’t grasp what will happen in the future they told us, they are too concerned with their day-to-day lives.  Left unsaid but apparent from context, is that this is why they never stop shamelessly hyping normal weather events as “climate.”

If they want our votes today they have to scare us today.  That the perils they preach exist only in future projections from climate computer simulations is an inconvenient fact they’d prefer the public never learn.  Particularly, as those computer simulations have over-projected warming from their inception.

I confronted Lt. Governor Barnes, and to his credit, he engaged and made no attempt to shut me down.

“How do you, and Nancy Pelosi in particular, have the authority to come to a diplomatic summit and state that ‘we’re still in’ when the official foreign policy of the United States is that America is withdrawing from the Paris Accord,” I asked him.  “That is the way our country has been working,” Barnes told me, “and that is the way it will continue to work, even under President Warren or Biden.”

How are they ensuring that “we’re still in” in Maryland, Wisconsin, and California?  By filing over fifty lawsuits against the Trump Administration, blocking pipelines, and subsidizing windmills, solar panels and electric cars.  In the case of California, they’re trying to kill the long range family car by creating their own state fuel efficiency standards. 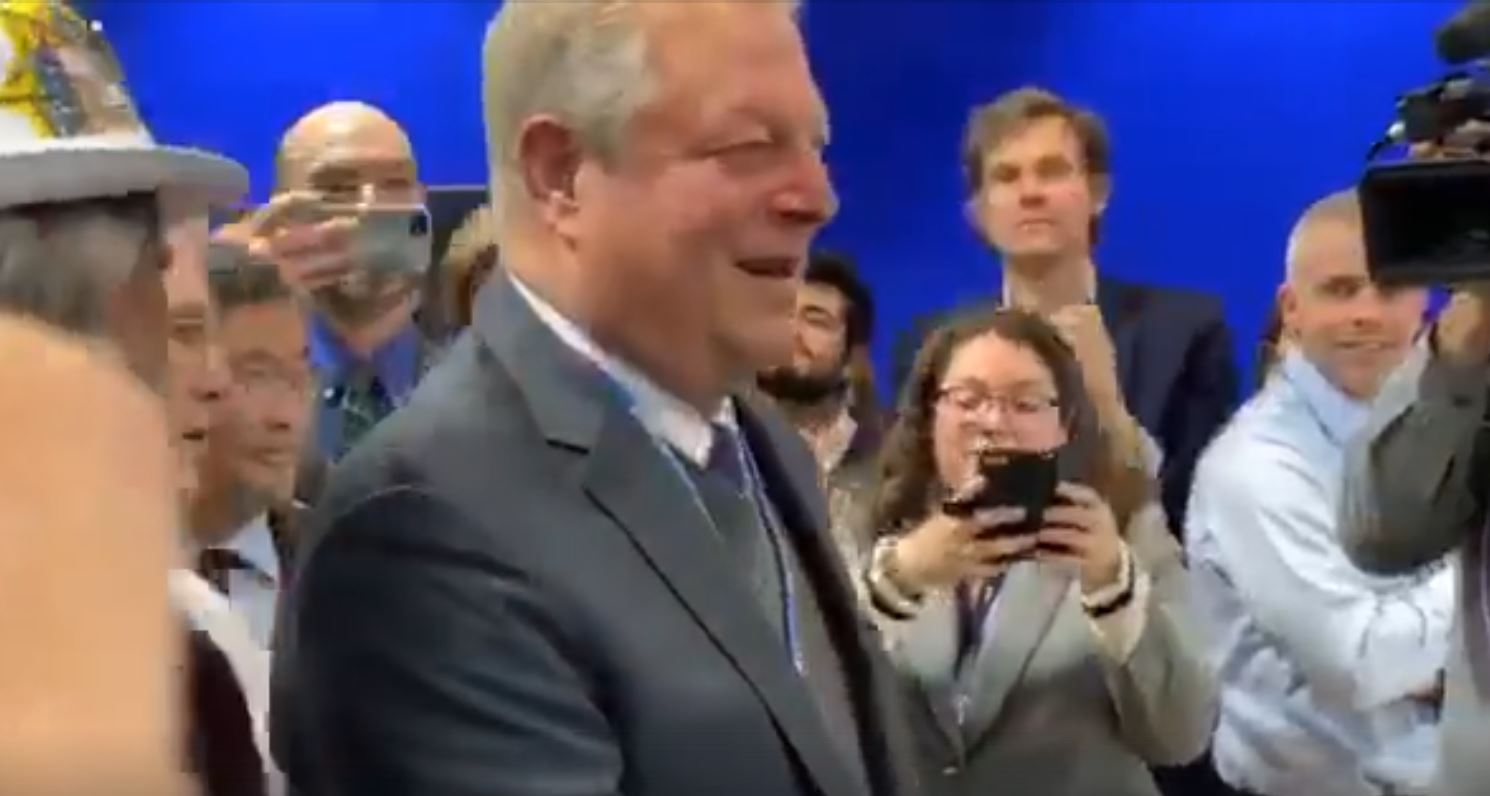 Al Gore arrived at the conference hall yesterday and was greeted by Debbie Bacigalupi from CFACT’s team (who took the above photo).  Michael Bloomberg announced yesterday that he is on his way to Madrid to join Harrison Ford at the COP.  All of them are pushing the “we’re still in” line.  Expect CFACT to be on the scene to greet them.

Let’s see if they’ll all feel the same way if their political hopes come true next November and American communities led by those who value freedom declare “we’re still out.”