High-profile Swiss meteorologist Jörg Kachelmann has penned a stinging commentary in the online Bayerischer Kurier concerning all the climate doomsday hysteria sweeping across Europe, and warns history tells us such hysteria has never turned out well. 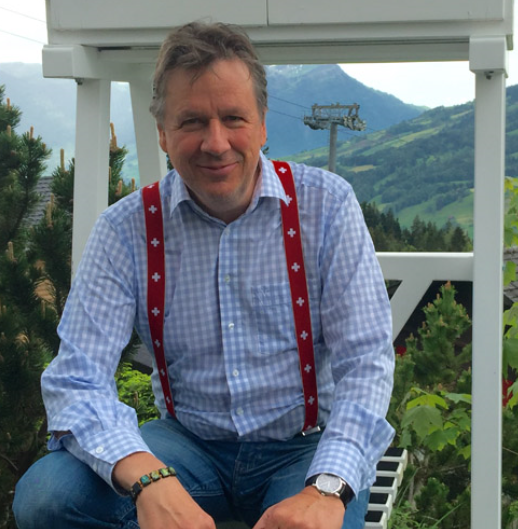 The veteran meteorologist, who is convinced the planet is indeed warming due to man’s activities, worries that environmental groups have been getting away with falsehoods and how the Potsdam Institute for Climate Impact Research (PIK) is promoting “silly” science and “view themselves as the prophets of the imminent end of the world.”

One problem with all the über-alarmism, Kachelmann sees, is a tendency of people simply resigning because they’ve come to believe that nothing can be done to stop the coming doomsday, and so why bother trying.

He also sharply criticizes green activists who blame every extreme weather event on man-made climate change, writing that it is “desperate and scientifically completely wrong”.

One reason the activists have become so shrill, Kachelmann believes, is due in large part to the media’s willingness to run with every sensational story without an inkling of background checking.

“Since votes are to be won now, scientifically quite justifiable predictions for the future are quickly changed into the present, because there’s a bigger bang. The charlatans are certain that this mischief will spread through the media at a time when most German states have largely abolished science education.”

“The collective disinformation unscientists meet up with a sad media situation, where the successful whoring for clicks is more important than even the smallest quantities of respectability. Stupid clicks well, says Kachelmann. “But that doesn’t matter to “Focus”, “Merkur” or the “Süddeutsche” [publications]. It still gets written because bullshit sells.”

Woodstoves, not cars, are worst polluters

Another hot issue in Germany is fine particle pollution. Here Kachelmann also sees policymakers stampeding down the wrong solution path, and are falsely putting most of the blame on automobiles: “The exceedance of fine particles and other pollutants is almost exclusively due not to traffic, but to wood-burning stoves, which have recently multiplied in densely populated areas, because insane people claim that they are “ecological.”

Over the recent years the German government has been turning a blind eye to dirty wood-burning stoves – even supporting their use. Now towns and villages across Germany are filled with choking smoke from the supposedly climate-friendly burning of wood.