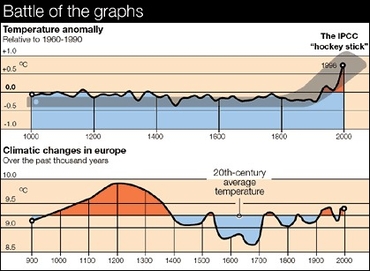 Yesterday there was a rare development in the sclerotic adjudication of the Mann vs Steyn case: the US Supreme Court declined to hear my co-defendants’ interlocutory appeal (a six-year waste of everyone’s time), so we will now be proceeding to the trial I asked the court to order way back in 2013, before several of our witnesses had died.

So, with climate alarmism on my mind, I thought this would make for a timely edition of The Mark Steyn Show: a full-length climate-change forum before an audience of Mark Steyn Cruisers from the United States, Canada, the United Kingdom, India, Australia, New Zealand, and elsewhere (such as the Czech Republic).

Joining me for the discussion were three people at the forefront of pushing back against Michael E Mann and his fellow warm-mongers: Anthony Watts, proprietor of the world’s Number One climate website, WattsUpWithThat; and the dynamic duo that broke Mann’s hockey stick, Steve McIntyre and Ross McKitrick.

[Side-note: If you watch this on YouTube, the ever more insecure reducation-camp commissars at Google-YouTube-Global Thought Control Inc have put up a Planetary Public-Service Health Warning under the video. (Why is it only Elizabeth Warren who wants to break up the Facebook/Google uni-cartel?) Have a good giggle at it, and then reflect that at least their book-cooking is getting more inept: An hour after this video was posted, it had 55 likes, yet only 1 view. Hmm…]

Among the benefits of Mark Steyn Club membership is that you can enjoy The Mark Steyn Show in any medium you desire: video, audio or text. So, if you prefer the show in non-visual form, please log-in to our Audio & Transcripts department. To listen to the above show, simply click here.

These programs, along with Steyn’s Sunday Poem, Tales for Our Time, On the Town and much else at SteynOnline, are made possible through the support of members of The Mark Steyn Club. We appreciate that membership is not for everyone, and we’re proud to say that, thanks to the Steyn Club, this website now provides more free content than at any time in our near-seventeen-year history. But, if you’re minded to join us, we’d love to have you. More details here.

As for the Mark Steyn cruise we sail the Mediterranean next year with Conrad Black, Michele Bachmann, and more among our crew. But don’t leave it too late – as with most travel and accommodations, the prices are more favorable the earlier you book.