Climate alarmists loaded up on supplements and stormed House Speaker Nancy Pelosi’s office on Monday as part of a Global Hunger Strike organized by the group Extinction Rebellion.

Around two dozen hipsters, disheveled climate crusaders and bearded Bernie bros took over the lobby of Pelosi’s Capitol office Monday morning to demand a one-hour, on camera meeting with the speaker, which they planned to use to grill her on “concrete action” to address the changing climate.

Right now: activists with @XRebelDC @ExtinctionR are taking supplements in preparation for an attempted hunger strike at Nancy Pelosi’s office.

The #ExtinctionRebellion activists say they’ll be demanding a sit-down meeting with Pelosi where they will push her on climate action. 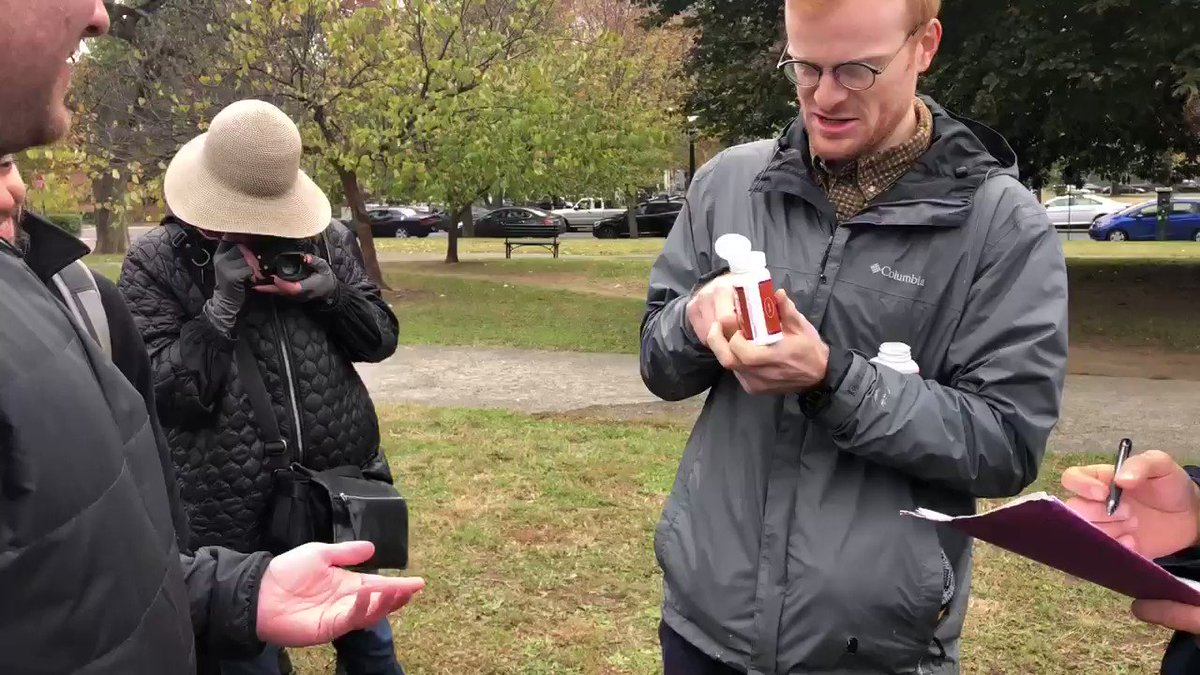 The @XRebelDC @ExtinctionR activists have planted themselves in Pelosi’s office and plan to stay until Thursday on hunger strike.

They say it would show that the Democratic Party and government more broadly don’t represent them if Pelosi flies home Thursday without meeting them. 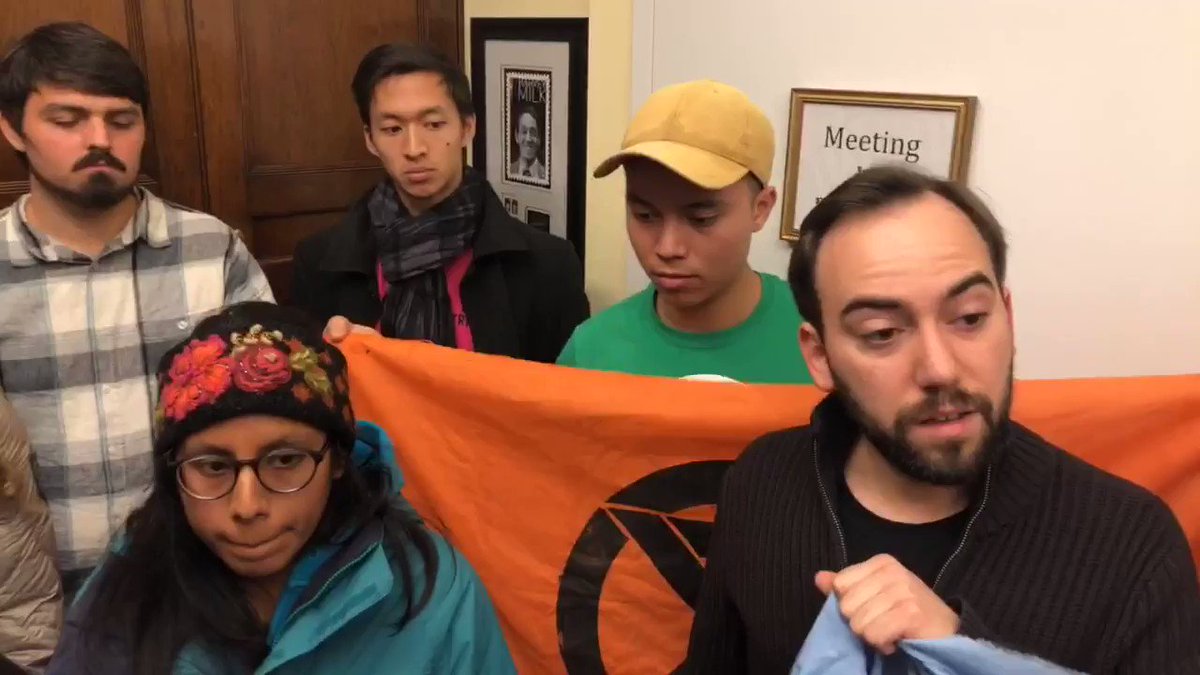 65 people are talking about this

“The session ends on Thursday. If Nancy Pelosi makes the decision not to meet with us and flies back to her Thanksgiving feasts and to her cocktail parties in California, in the glow of that burning state, then I think that will speak volumes about whether, you know, to what extent our government represents us, hears us and understands the science,” Nick Brana, a spokesman for Extinction Rebellion Washington D.C., said in a video posted to Twitter.

The agitators unfurled banners with the group’s logo and messages like “Declare Climate Emergency” as they answered questions form the media and sipped ice water with lemon from fancy glasses provided by Pelosi’s office.

A lot of tweets replying to me are asking why @XRebelDC is protesting Pelosi and not – say – @senatemajldr.

That exact question was asked earlier, here was their answer: 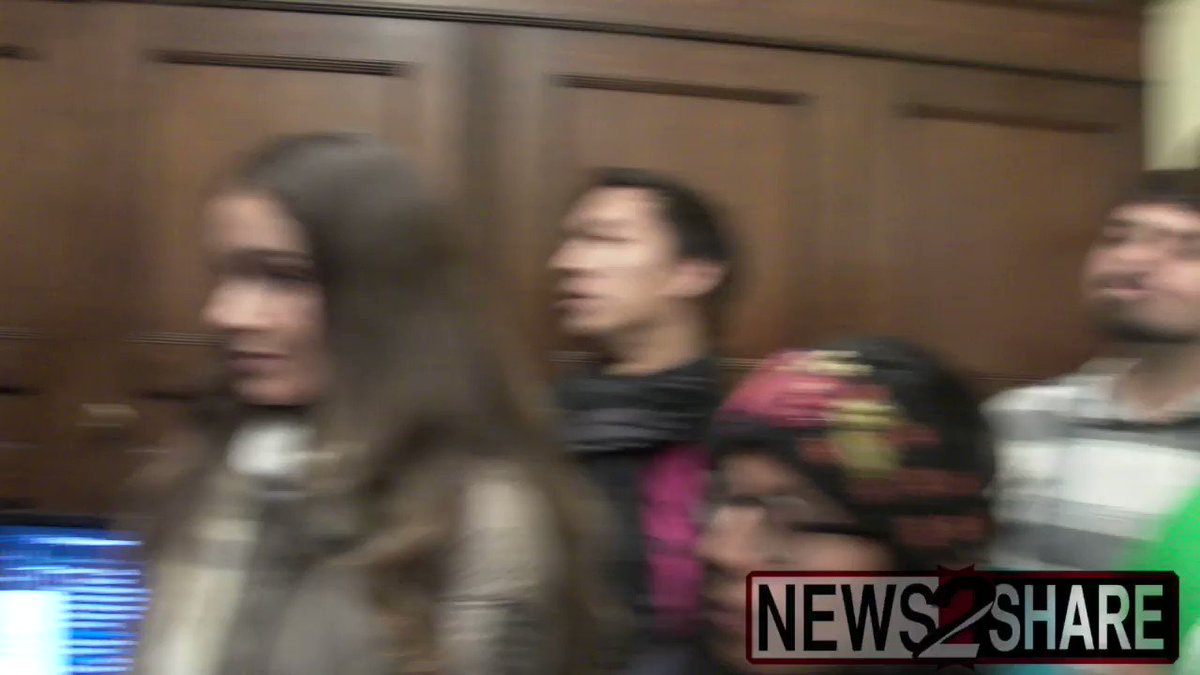 297 people are talking about this

“I worked for the Democrats for years. I worked for them on campaigns, John Kerry, Terry McCall, Bernie Sanders campaign last month,” Brana said. “I worked on the (American Clean Energy and Security Act) bill in 2009, when Obama came in and he said he was going to make the climate crisis one of his top three priorities.

“The emissions continue to increase. Nancy Pelosi is now standing in the way of declaring a climate emergency. She’s standing in the way of a Green New Deal. The Green New Deal doesn’t even go far enough, according to what scientists say. She can’t even allow a nonbinding symbolic resolution to pass. The Democrats just shut down a climate debate – a debate on an existential crisis. That’s what the Democrats have done,” Brana said.

“So I ask, how much better is it to have one party that denies the science, and then another that gives it lip service but denies the consequences of it by not doing anything?”

About three hours into the six-hour standoff, several crusaders mixed cocktails of salt and water to “stay hydrated,” though some opted to take their spoonful of salt dry.

The @XRebelDC @ExtinctionR activists are still in Pelosi’s office, and using salt-water concoctions to stay hydrated and functioning while not eating. 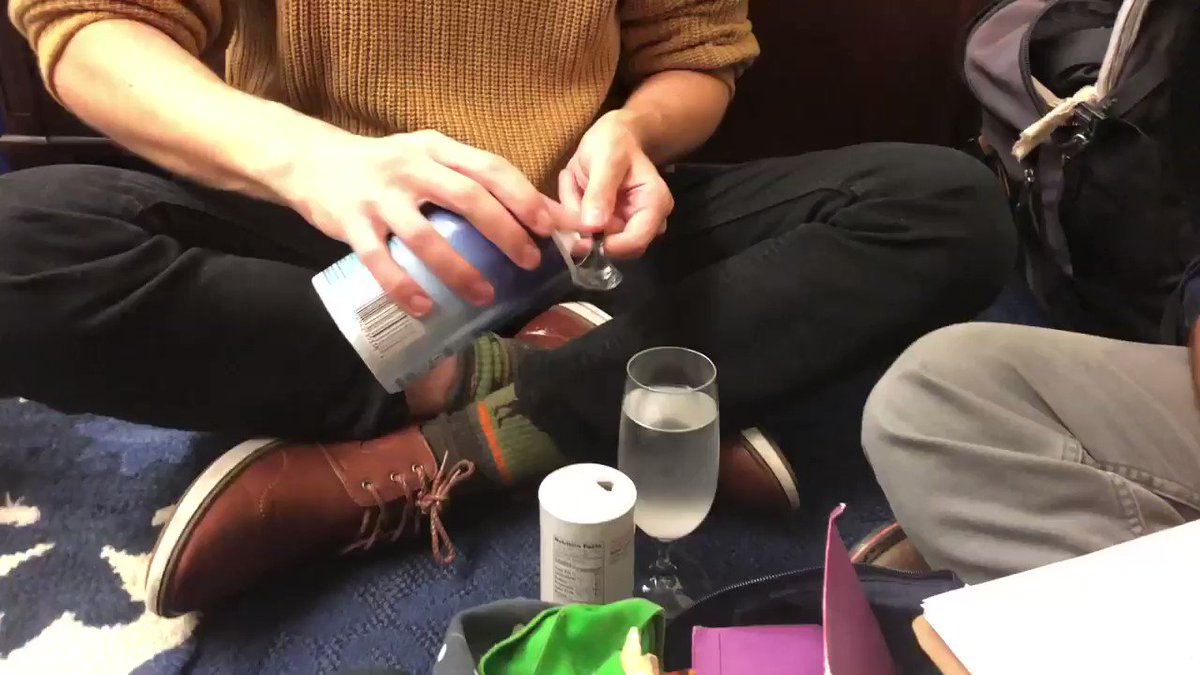 305 people are talking about this

“I want to clarify for the record on this: Pelosi’s office put out nice glasses and pitchers of ice water with lemon,” DC “journalist” Ford Fisher posted to Twitter. “Extinction Rebellion did not bring wine glasses.”

Fisher provided periodic video updates on the so-called hunger strike, one of more than 300 campaigns organized in 26 countries to push for action on “the ecological climate emergency,” according to Aljazerra.

“A hunger strike is one of the things we can use that can’t be taken away,” 50-year-old protestor Angus Rose, with UK Extinction Rebellion, told the news service.