Swedish climate kid Greta Thunberg is headed back across the Atlantic today from Virginia to Spain on “La Vagabonde,” an Outremer 45 Catamaran owned by Australian sailing couple Riley Whitelum and Elayna Carausu.

Greta is protesting fossil fuels by avoiding flying to attend UN climate conferences.  She found herself stranded on the wrong side of the pond when Chile abruptly pulled out of hosting COP 25, the most important UN climate event of the year, which is scheduled to open December 2nd.

Spanish Prime Minister Pedro Sánchez of the Spanish Socialist Workers’ Party stepped in and offered Madrid as an alternative venue which the UN promptly accepted. (CFACT will be there!).  Moving the conference to Spain prompted Thunberg to tweet, “It turns out I’ve travelled half around the world, the wrong way:)…If anyone could help me find transport I would be so grateful.”

Greta was ferried to America on board the elite racing yacht Malizia II by Pierre Casiraghi, a member of Monaco’s ruling Grimaldi family, and the youngest grandson of Princess Grace Kelly.  The irony of protesting capitalism and oil on board a carbon-fiber (petrochemical) yacht owned by European royals who made billions operating Monaco as a tax haven was rich.

Thunberg’s predicament in finding her way home to Europe illustrates just how impractical sailing is as a means of international travel.

A few years ago, Elayna Carausu was bumming her way around the world working as a part-time scuba guide.  She met Riley Whitelum in Greece and joined him on board his Beneteau cruising yacht.  They later flew to France to purchase an Outremer 45 catamaran.  The couple funds their cruising lifestyle through online fundraising boosted by a popular video blog.  Latching on to Greta Thunberg’s celebrity is a great way for them to boost their reach and top off their “cruising kitty.” 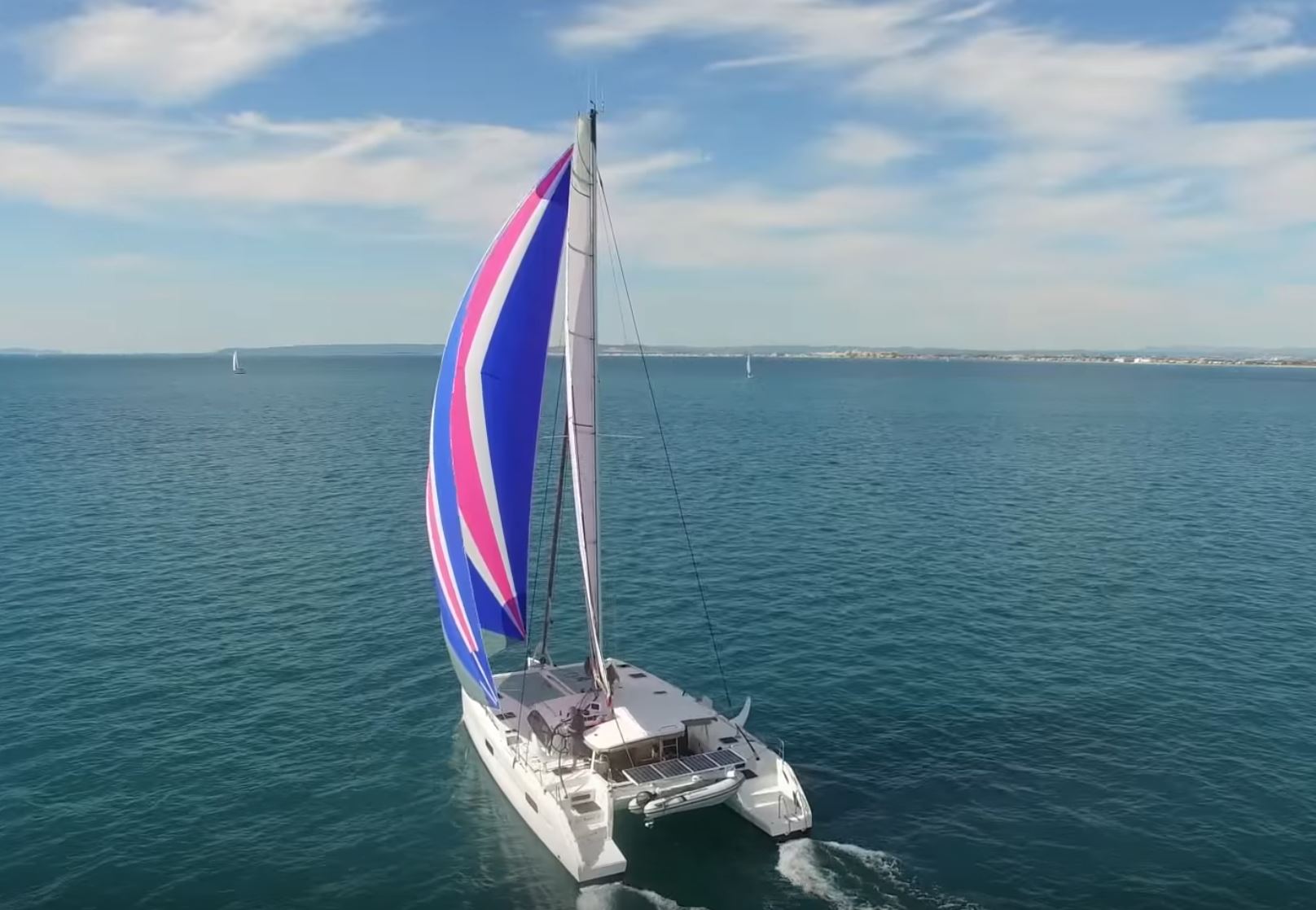 An Outremer 45 weighs 17,400 pounds and is made of fiberglass, or fiber-reinforced plastic.  It draws auxiliary power from twin Volvo diesel engines.  The yacht costs $757,000, though it appears that Carausu and Whitelum got a substantial discount from Outremer.  The corporation was interested in the publicity it would garner from the couple’s celebrity and must be thrilled to have Greta join the mix.

Sailing’s fantastic, but sadly does not scale.  Turning back the travel clock to the nineteenth century’s method of crossing oceans offers no practical solution for most people’s travel needs.  Sailing requires not only vast outlays of time to cross oceans in weeks instead of hours, but vast sums of money as well.  Thumbing rides with a tax haven princes or publicity-seeking cruising couples is not likely to meet your travel needs or mine.

Both Maliza II and La Vagabonde were both, in effect, pumped out of the ground by oil companies.  Watch workers spray petrochemicals into molds to construct La Vagabonde here and to make an Imoca 60 class racing sister yacht to Maliza II here.

An organization called “Sail to the COP” sought to emulate Greta and also found themselves stranded when COP 25 moved to Madrid.  They haven’t a clue and are “sailing to Belém, Brazil, and will decide on our next steps there.”  A ship of fools indeed.

Sailing plastic yachts across oceans may be fun, but is neither Green, nor practical.

Trying to kill air travel is eco-nihilism at its worst.