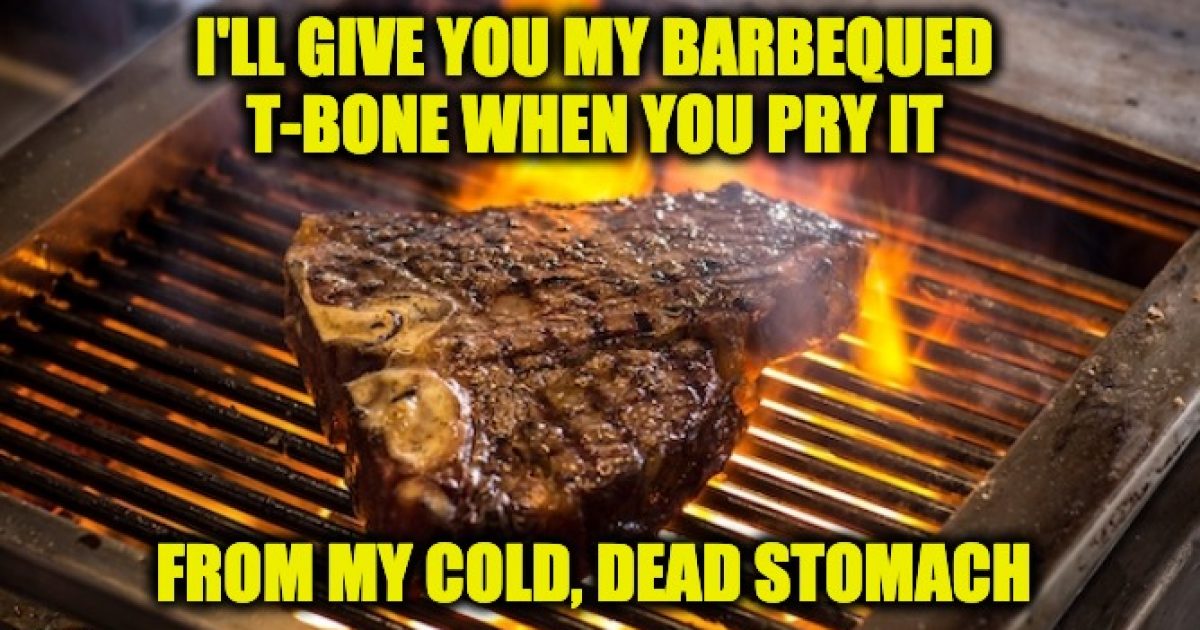 Scratch a liberal, find a hypocrite.  Democrat White House candidates who want to curb your consumption of meat because it allegedly contributes to climate change are actually seeking support at — wait for it — the Iowa Steak Fry.

Trending: Ukraine Has Evidence Their Govt. Colluded With Clinton Campaign

Around 12,000 attendees are expected to show up for burgers and face time with 17 Democratic presidential candidates at the Polk County Democratic Party’s annual steak fry in Iowa on Saturday. Although 18 candidates were initially expected to attend, New York City Mayor Bill de Blasio dropped out of the presidential race on Friday morning.

Ten candidates have planned rallies ahead of their appearances at the steak fry. Senator Kamala Harris will be joined by striking McDonald’s workers at her pre-steak fry rally.

Organizers will grill 10,500 steaks for the attendees. They will also have 1,000 vegan burgers — all of it made on 10 grills by 40 grillers. Senator Cory Booker is the only vegan in the presidential race.

The Iowa Steak Fry may be “hugely important” for some 2020 candidates, @edokeefe says https://cbsn.ws/2kVLA8F 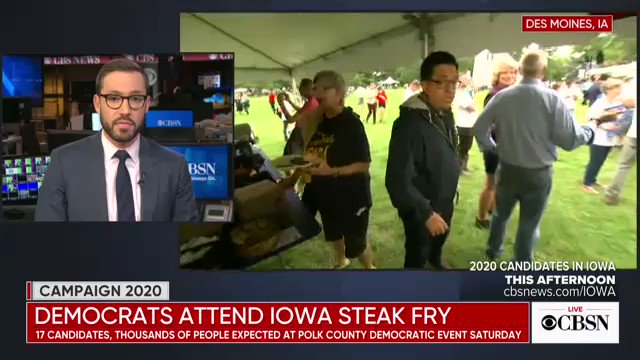 41 people are talking about this