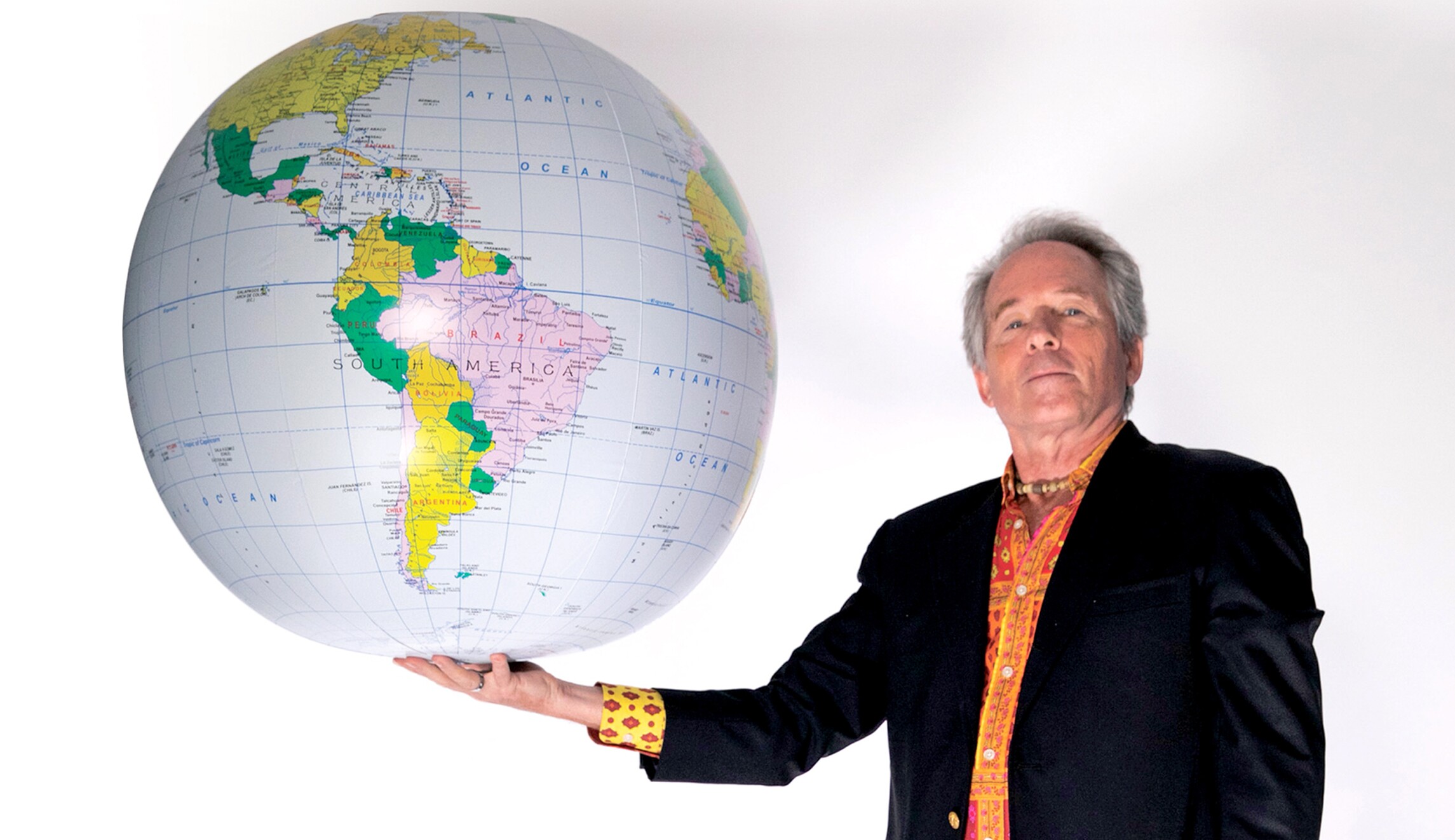 So instead, the latest belle of my party’s ball, Rep. Alexandria Ocasio-Cortez, left the dais to urge protestors outside to drown me out. She’d previously written Google and Facebook, asking them to block me and the CO2 Coalition of 50 unalarmed scientists I direct from speaking at conferences they sponsor.

At the hearing, I presented data from the United Nations contradicting the accepted wisdom that extreme weather is destroying the planet and is traceable directly to a man-made climate crisis. There are no such trends in rates of sea-level rise, hurricanes, floods, or droughts. One Democrat who stuck around to actually question me simply asserted that our coalition is funded by energy companies. I wish! Another wanted to know, “Do you believe in climate change or not?” When I asked him to define it, he cut me off with: “That answers it all…That gives us a hint where you’re coming from.”

Indeed it does. Where I’m coming from is academia, where defining the scientific terms we discuss is elemental.

The whole affair shows just how much has changed. A decade ago I’d been the one pummeling a Republican-called witness, a little-known pollster named Kellyanne Conway, in my role as counsel to a Democratic committee chairman. And the last time I’d been a witness, as director of a foreign policy group in 1994, I’d been called in by Democrats who were backing our “no arms to dictators” bill. But now I am a heretic for using scientific facts to dispute exaggerated talking points.

The reformed slave’s hymn “Amazing Grace” talks about the hour he first believed. My downfall came from the hour I first didn’t believe. It was in 2003, when I was teaching at American University and a student had written a term paper accepting these claims from a 2001 U.N. report: the recent four-tenths of a degree increase in global temperature was caused by carbon dioxide emissions; this rate and level of warming were unprecedented for 1,000 years; and carbon dioxide emissions would drive temperatures up six degrees by the year 2100.

As a good Democrat who knew nothing about global warming except that Vice President Al Gore said it was dangerous and driven by the use of fossil fuels, I was predisposed to believe all this. But rather than assess the quality of the report’s evidence for its claims, my student had simply accepted the claims because of the credibility of U.N. scientists. “That settles it,” she wrote. I scrawled a big red “F” across her paper and wrote, “No, that begins it.” The first rule, indeed the purpose, of statistics is not to “appeal to authority” but to force any authority to prove claims like everybody else. I began to read the report, so I could grade her paper when she resubmitted it.

In the U.N.’s summary, I found a temperature chart from 1860 to 2000 based on thermometer readings, mostly from developed countries. Since so little of the earth’s land and virtually none of its oceans had been comparably measured, the data were woefully incomplete, making it difficult to draw large-scale conclusions. Only since 1980 was there a reliable estimate, based on radiation readings from satellites. When the differences across time are smaller than the uncertainties and errors, as in this case, there is no justification for claiming “trends.”

I could see the recent increase, from 1980 to 2000, but there was also a slightly larger increase from 1910 to 1945, with flat periods before and after. Another chart showed carbon dioxide’s share of the atmosphere slowly increasing from 1860 to 1945 and then surging at four times that rate.

The U.N. report said that the first warming was mostly natural but the second was mostly from CO2. The picture was now pretty complicated. During periods of low carbon dioxide, we saw both strong temperature growth and no temperature growth. The same was true for periods of high CO2. This is, of course, not proof of a low correlation or a lack of causation. Life is not bivariate. Other variables and feedback can affect temperature as well. My students had learned to remove the effect of other variables statistically, using a computer modeling technique called multiple regression, so the true level of correlation can surface. If it’s strong and the hypothesized cause precedes the effect in time, and you can’t think of any other causal variables that should be removed, then you have a case for causation.

It turned out that computer models were indeed the basis for the U.N. claims about recent “detection” of a change in temperature, and “attribution” of the cause being CO2 emissions. But they weren’t testable statistical models; they were mathematical exercises in curve-fitting — essentially, finding a model that fits your data. The modelers themselves called them projections rather than predictions.

These Global Climate Models randomly use thousands of input guesses until their output roughly tracks the chart of average temperatures. Then those final guesses are used to run the model forward to estimate how much warming industrial CO2 will cause in 100 years. But one of the input guesses is the warming effect of CO2, so the modelers control the final answer from the start!

The “proof” cited by the U.N. study was that the fit improved when CO2 emissions are included in the model along with a few well-known natural events, such as solar changes and volcanoes. I laughed out loud when I saw that. I could create a great fit with temperature for any series, from batting averages to the stock market, if I too could fiddle with thousands of parameters. The father of these models was Cold War military theorist John von Neumann, who wanted to see if we could cause drought in the Soviet Union. He failed, thank goodness. Von Neumann joked, “with four parameters I can draw an elephant, and with five I can make him wiggle his trunk.”

MIT atmospheric physicist Richard Lindzen, a member of our coalition who was a U.S.-appointed representative on the U.N. panel but left when it became a propaganda tool, has called the U.N. logic “proof by lassitude.” By this he means that just because you can’t identify the combination of interactions and feedback that drives temperature doesn’t mean there isn’t one. Lindzen has pointed out that the modelers themselves build in feedback when it suits them. A full two-thirds of the modeled warming comes from a hypothesized response by the atmosphere to an initial warming from CO2.

The claim of a thousand-year high came from a temperature chart called “the hockey stick,” generated by a backward-looking model that took a “new statistical approach” to the records of the widths of the rings of old trees. This one was pretty much all art and no science. The data conveniently wiped out a previous consensus that there had been a natural “medieval warming period” that exceeded today’s temperature. The resulting graph was flat until the carbon dioxide era and then shot up by grafting on different data (though not the raw tree ring proxies, which actually went down).

On its face it was silly, and on careful reading it became even sillier. But what the U.N. and my student hadn’t recognized was that even if true, the chart was irrelevant to whether our recent warming is mostly human or natural. Every 100,000 years, oscillations in the earth’s orbit drive temperatures up and then down far more than the recent fluctuation. The processes and feedback are poorly understood. A brief stable period within this massive, complex system that ends in correlation with a change in a single variable, carbon dioxide, is no more proof of causation that a strongly oscillating period ending with the same correlation.

When I asked my coalition’s physicists, agronomists, geologists, and meteorologists to write about the hour they first didn’t believe, it turned out they didn’t have one. They always knew that CO2 was a minor warming gas, and never found the models’ focus on it compelling. The last 30 years have not been kind to the models. The exaggerated media claims about their projections of warming and its catastrophic effects keep getting extended rather than realized. Someday the climate science narrative will return to a place of reason. When it does, I’ll be waiting there for my Democratic Party.

CO2 Coalition executive director Caleb S. Rossiter is the author of The Weathermen on Trial: A Bombshell Novel About Bringing the War Home.