Beto: Migrants ‘Have No Choice But To Come Here’ Due To U.S. ‘Excesses’ Causing Climate Change

Democrat presidential candidate Beto O’Rourke claimed this week that migrants have “no choice” but to come to the United States because of climate change caused by American “excesses.”

O’Rourke, who is struggling to stay relevant in the 2020 Democratic primary, made the remarks on Wednesday while visiting the Homestead Temporary Shelter for Unaccompanied Children in Florida.

“And we’ve got to remember that they are fleeing the deadliest countries on the face of the planet today compounded by drought that was caused not by God, not by mother nature, but by us, man-made climate change, our emissions, our excesses, our inaction in the face of the facts and the science,” O’Rourke said. “When it is that deadly and when you’re unable to grow your own food to feed yourself, you have no choice but to come here.” 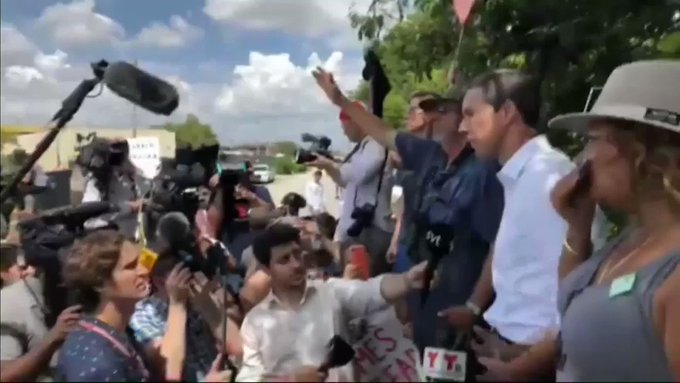 Democrat presidential candidate Beto O’Rourke: Migrants “have no choice but to come here” because of U.S. climate change “excesses”

O’Rourke participated in the first Democratic presidential debate this week, giving himself an ‘A’ for his performance, while late-night comedians mocked him over his performance.

Former New Jersey Governor Chris Christie told ABC’s “The View” on Friday that it was time for O’Rourke to drop out of the race and go home.

“Listen, two nights ago, Beto looked like the guy who hadn’t done his homework and got called on in class,” Christie said. “He was like, ‘Oh, God. Me? Can you ask the guy next to me?'”

The Daily Beast reported in May that an opposition research firm had indicated that the requests for research on O’Rourke had “completely died off” several weeks after O’Rourke launched his campaign.