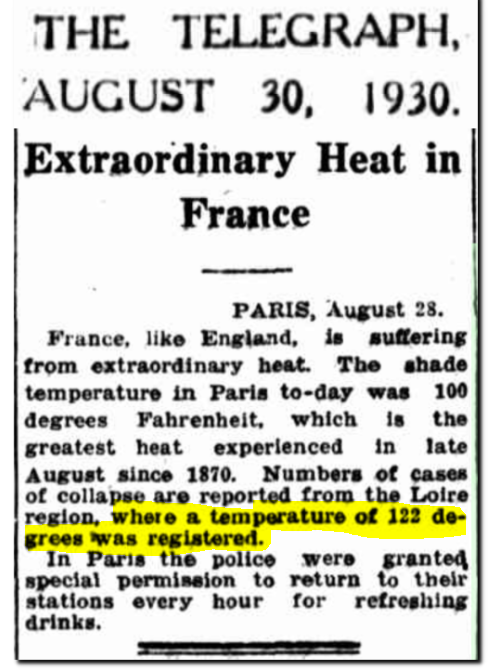 When it was made public Friday that France had recorded its “highest-ever temperature”, the media went into a frenzy. But once again we are learning that it’s more fake than fact.

Last Friday the mercury soared to 45.9°C (114.6°F) in Gallargues-le-Montueux in southern France according to French national weather service Météo-France. Media outlets not only blared the news, but sounded the global warming climate crisis alarms. That of course is very hot, but has it happened before?

Indeed once again it turns out that Friday’s “all-time record high” is likely far more fake than real. It is now being exposed that major heat waves with even higher temperatures in fact had occurred in France in August, 1930.

With the prevalence of fake climate news being what it is today, readers began digging in the archives to check the claims and found old newspaper articles from 1930.  These articles reported how Paris had seen its mercury hit 38°C (100°F) “in the shade” in what was called the worst heat wave since 1870 – meaning that heat was around in 1870 as well and even stronger. The temperature also climbed to 34°C (94°C) in London.

Yet those readings from London and Paris pale in comparison to what happened in southern France. In the Loire region, the temperature in fact skyrocketed to a Death Valley-like 50°C (122°F), some 4°C over the just reported all-time 45.9°C record:

This news was also reported at the time by the New Zealand Horowhenua Chronicle: 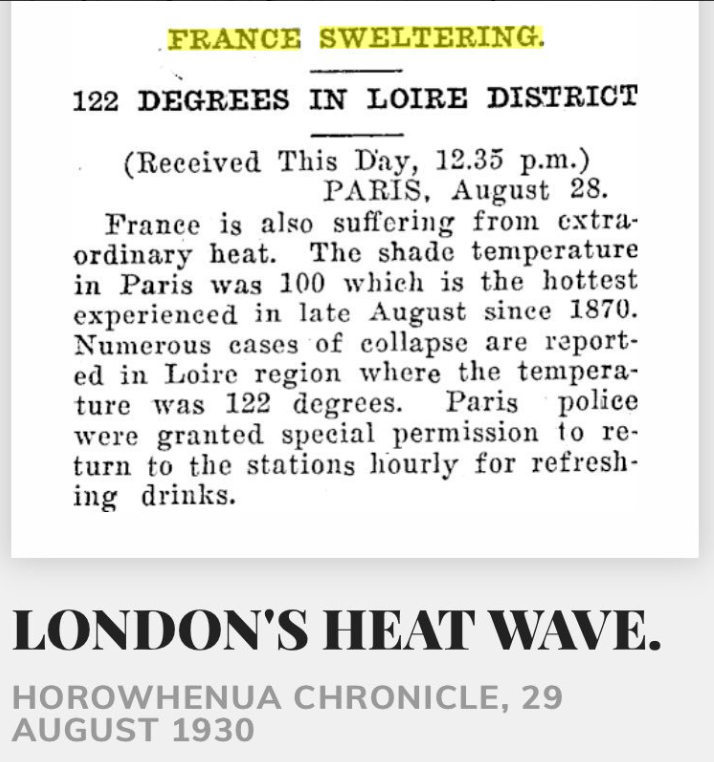 Although weather agencies can alter the datasets and cool down past heat waves and mean temperatures, they can’t rewrite the old newspapers.