10:30 AM | *Now entering a deep solar minimum and the latest forecast for solar cycle 25 suggests it may be the weakest cycle in 200 years*

Overview
The sun continues to be very quiet and it has been without sunspots this year 62% of the time as we approach what is likely to be one of the deepest solar minimums in a long, long time. In fact, all indications are that the upcoming solar minimum may be even quieter than the last one which was the deepest in nearly a century.  In addition, there are now forecasts that the next solar cycle, #25, will be the weakest in more than 200 years.  The current solar cycle, #24, has been the weakest with the fewest sunspots since solar cycle 14 peaked in February 1906. Solar cycle 24 continues a recent trend of weakening solar cycles which began with solar cycle 21 that peaked around 1980 and if the latest forecasts are correct, that trend will continue for at least another decade or so.

The Earth-facing side of the sun is blank again today which marks the 31st spotless day in a row; courtesy spaceweather.com, NASA

The sun is blank again today and this is the 31st spotless day in a row which is just two behind the total (33) set earlier this year making the current Solar Cycle (SC24) hitting over 30 day totals for consecutive spotless days on four occasions, last seen in the 1910’s .  We are now entering into the next solar minimum phase and there are indications that it will be as deep and long as any in more than a century.  The solar minimum is a somewhat misunderstood phase of the solar cycle which is not without its consequences.

In addition to its impact on cosmic rays, as the sun’s magnetic field weakens, holes open in the sun’s atmosphere. Emerging streams of solar wind buffet Earth’s magnetic field, sustaining auroras even without solar flares and sunspots. Some observers believe that solar minimum auroras have a distinctive palette, pinker than during other phases of the solar cycle. 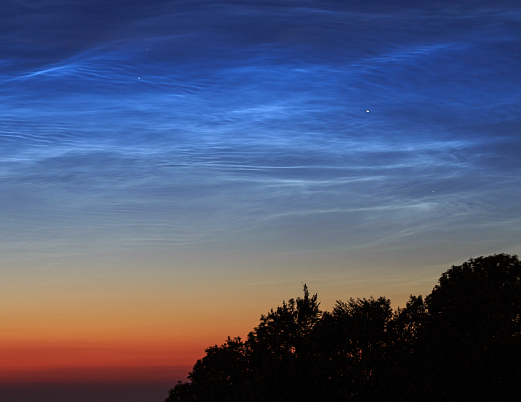 The very latest forecast for the next solar cycle (#25) says it will be weaker than the just ending SC24 and the weakest of the last 200 years. To be fair, solar cycle forecasting is quite difficult and earlier forecasts had the next solar cycle being in similar magnitude to SC24.  However, research now underway has apparently found a more reliable method to predict space weather. The maximum of this next cycle – measured in terms of sunspot numbers, could be 30 to 50% lower than the most recent one – Cycle 24 according to the latest forecast. The results of this new forecasting technique show that the next solar cycle will start in 2020 and reach its maximum in 2025.

The new forecast is the work of a team led by Irina Kitiashvili of the Bay Area Environmental Research Institute at NASA’s Ames Research Center in Silicon Valley, California. Using data collected since 1976 from the Solar and Heliospheric Observatory and the Solar Dynamics Observatory space missions, the researchers were able to come up with a prediction by directly observing the solar magnetic field rather than simply counting sunspots, which provides only a rough gauge of activity inside the Sun. Because this is a relatively new approach, there is only data from four complete cycles, but by combining three sources of solar observations with estimates of the Sun’s interior activity, the team was able to produce a prediction in 2008 that matched the activity that was observed over the past 11 years.

One challenge for researchers working to predict the Sun’s activities is that scientists do not yet completely understand the inner workings of our star. Some factors that play out deep inside the Sun cannot be measured directly. They have to be estimated from measurements of related phenomena on the solar surface like sunspots, coronal holes and filaments. Kitiashvili’s method differs from other prediction tools in terms of the raw material for its forecast. Previously, researchers used the number of sunspots to represent indirectly the activity of the solar magnetic field. The new approach takes advantage of direct observations of magnetic fields emerging on the surface of the Sun.

The solar cycle is like a pendulum, swinging back and forth between periods of high and low sunspot number every 11 years or so. Researchers have been tracking solar cycles since they were discovered in the 19th century. Sunspots are regions on the Sun with magnetic fields thousands of times stronger than the Earth’s. Fewer of them at the point of maximum solar activity means fewer dangerous blasts of radiation. Both the forecast and the improving ability to make such predictions about space weather are good news for mission planners who can schedule human exploration missions during periods of lower radiation, whenever possible, and it is increasingly important now as NASA begins preparations to send the first woman and the next man to the Moon under the Artemis program.