Joe Biden took Twitter by storm as he began rolling out his plans to combat climate change if elected president. Biden calls his new initiative the Clean Energy Revolution. 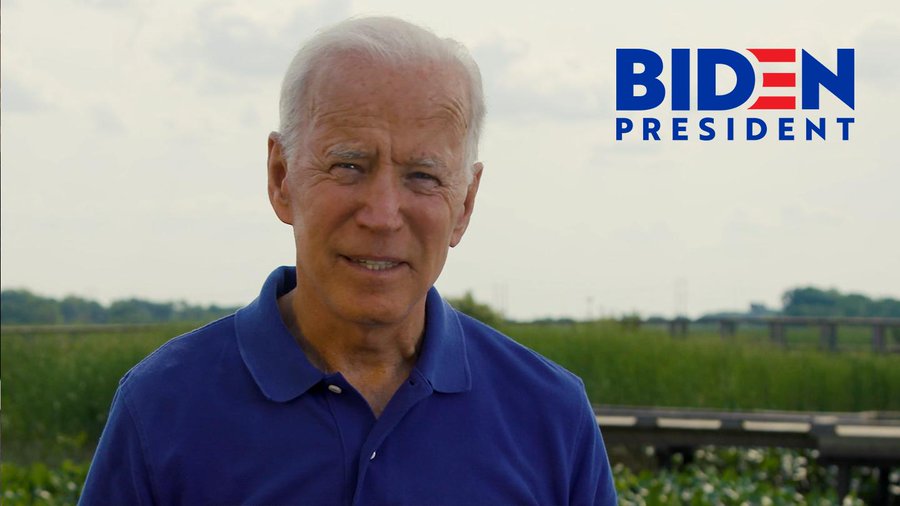 We are in a climate emergency and we must take drastic action now to address it. So today, I’m announcing my plan for a Clean Energy Revolution and Environmental Justice.http://JoeBiden.com/Climate

“Science tells us that how we act or fail to act, in the next 12 years will determine the very livability of our planet,” Biden said in his announcement video.

AOC famously created the Green New Deal, an environmentalist proposal that has been mocked across party lines. Just one month later, here Biden come with almost the exact same plan.

He essentially gave a synopsis of AOC’s Green New Deal, then changed the name. The Green New Deal isn’t the only idea Biden is pawning off as his own, either. Josh Nelson, the vice president at CREDO Mobile, noticed that Biden’s Clean Energy Revolution had striking similarities to a letter sent to the Senate Environment and Public Works Committee from the Blue Green Alliance. Page 96 of the letter reads:

That’s not the last of it. The Daily Caller News Foundation also discovered Biden’s Clean Energy Revolution copies language without the use of citations from the sources: Vox, American Rivers, and Climate.gov.

From Vox: “Aviation accounts for about 2 percent of global greenhouse gas emissions and that share is poised to grow… few low-carbon technologies or fuels have been developed so far.”

Biden: “Aviation accounts for nearly 2% of global greenhouse gas emissions and that portion is expected to increase. Unfortunately today, few low-carbon technologies or fuels have been developed to tackle this challenge.”

From American Rivers: “[T]he average American sewage pipe is 33 years old, with many pipes dating back 50 or even 100 years.”

Biden: “The average American sewage pipe is 33 years old, with many pipes dating back 50 or even 100 years.”

From Climate.gov: “Of the 567 federally recognized tribes in the United States, 40 percent (229 tribes) live in Alaska Native communities. The rapid pace of rising temperatures, melting sea ice and glaciers, and thawing permafrost in Alaska is having a significant negative impact on critical infrastructure traditional livelihoods in the state.”

Biden: “40% of the 567 federally recognized tribes in the U.S. live in Alaska where the rapid pace of rising temperatures and melting sea ice and glaciers threaten the critical infrastructure and traditional livelihoods in the state.”

Chrissy Clark is a staff writer at The Federalist. Follow her on social media @chrissyclark_ or contact her at [email protected]