Climate change is without any doubt one of the most serious yet polarizing topics in society today. Every party, organization, industry, or any other coalition of people seem to have a stance on this issue. Often, the initial position is simply choosing whether to accept or deny its existence. Hollywood, as one of the dominant cultural industries of America, joins these other groups in taking a particular stance on global warming. Despite Hollywood not being run by a certain collection of individuals, a vast majority of workers in the film industry (or at least those with the most public presence) clearly side towards the progressive side on most social issues. It’s no surprise that Hollywood actively works towards the recognition of climate change, especially with some of the most famous actors such as Leonardo DiCaprio speaking out about global warming and activism in his Oscar’s acceptance speech for The Revenant.

Video: Leonardo DiCaprio at the 88th Annual Academy Awards, where he spoke up on climate change. Courtesy of Oscars

How is Hollywood actively trying to resolve climate change issues?

With the presence of social media, it becomes substantially easier for film industry stars to speak directly to their followers about anything they wish, which of course includes a routine social message or charitable act. Leonardo DiCaprio, while speaking at the United Nations has maintained, “None of this is rhetoric, and none of it is hysteria. It is fact. The scientific community knows it, Industry and governments know it, even the United States military knows it. The chief of the US Navy’s Pacific Command, Admiral Samuel Locklear, recently said that climate change is our single greatest security threat”, and he continues, “this is not a partisan debate; it is a human one. Clean air and water, and a livable climate are inalienable human rights. And solving this crisis is not a question of politics. It is our moral obligation – if, admittedly, a daunting one. We only get one planet. Humankind must become accountable on a massive scale for the wanton destruction of our collective home. Protecting our future on this planet depends on the conscious evolution of our species. This is the most urgent of times, and the most urgent of messages.” 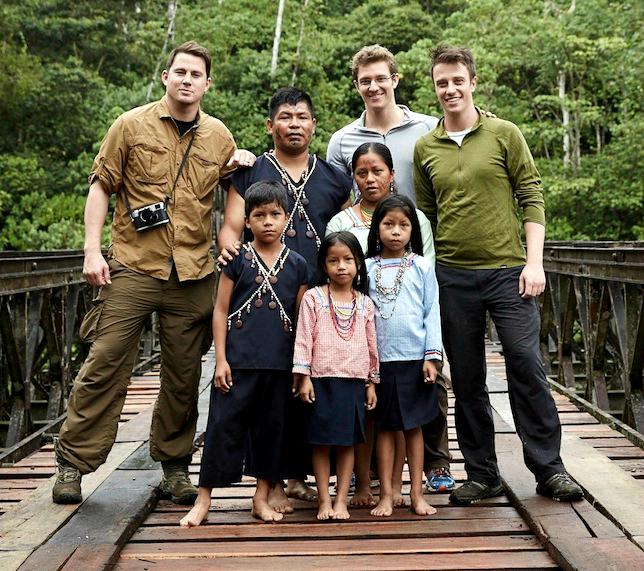 Let’s show the world the power of the Amazon, while preserving it & helping their communities. http://plantmed.org

For many of these figures of cultural influence, however, the greatest exposure and impact they can have is often what films they work in, and if an actor, who they portray. In this sense of social engagement, the dialogue about climate change is both infrequent and unsatisfactory.

In an interview with The New York Times, actor and producer Fisher Stevens says that movies about climate change are “not a very sexy subject, and people just don’t want to deal with it.” Stevens’ comments echo truth not just in the film industry but throughout American cultural and social beliefs. A Yale survey study found that while many Americans believe that climate change is a real issue, a majority of Americans do not believe that they will be personally affected. Simply put, climate change is seen as an issue, but it is not pervasive enough in the minds of Americans to warrant widespread social activity.

Besides documentaries like Before The Flood (which are not what most movie watchers view regularly), there are only a handful of movies which tackle climate change as the major conflict. However, these films (The Day After Tomorrow, Geostorm) are dismissed as summer blockbuster disaster films and are often criticized for their scientific inaccuracies. Some will also say that this drastic view of the consequences of climate change is not the correct way to inspire change, as people aren’t typically inspired by images of hopelessness and death and destruction.