NASA STUDY: ONE OF THE FASTEST SHRINKING GREENLAND GLACIERS IS GROWING AGAIN

One of fastest shrinking ice glaciers in the world is reversing course and starting to accumulate ice at an alarming pace, a new NASA study published Monday finds.

The Jakobshavn glacier, located in Greenland, began thinning around 2012 to nearly 130 feet annually. It’s been growing again at about the same rate for the past two years, a study in Nature Geoscience noted. Scientists reacted with surprise, noting that they grew accustomed to the glacier receding.

“That was kind of a surprise. We kind of got used to a runaway system,” Geological Survey of Denmark and Greenland ice and climate scientist Jason Box told AP reporters Monday. “The good news is that it’s a reminder that it’s not necessarily going that fast. But it is going.” (RELATED: The Climate Paper Most Widely Covered By The Media In 2018 Was Actually A Call For Global Socialism)

Jakobshavn is “arguably the most important Greenland glacier because it discharges the most ice in the northern hemisphere. For all of Greenland, it is king,” said Box, who was not part of the study. The lead authors of the Nature Geoscience study claimed the natural cyclical cooling of North Atlantic waters was likely the catalyst for the reversal. They also say the phenomena is probably temporary. 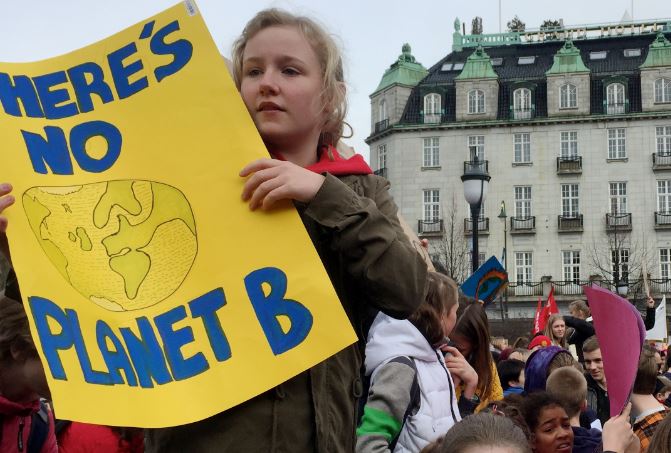 A student holds a placard during a protest against climate change in front of the Parliament building in Oslo, Norway March 22, 2019. REUTERS/Nerijus Adomaitis

This is ultimately bad news on the long-term because it suggests ocean temperature is a bigger player in glacier retreats than previously thought, NASA climate scientist Josh Willis told reporters. Throughout the next several years water will be warming from climate change, he noted, adding that more than 90 percent of the heat greenhouse gasses trap folds into the ocean.

The study comes on the heels of research in 2017 showing that some of the largest non-polar glaciers in the world are either stable or growing due to a “vortex” of cold air over a 1,200-mile section of the greater Asia. Climate models have been unable to reproduce the phenomenon, an August 2017 study published in Nature revealed. The system is keeping Karakoram mountain range glaciers from melting.