Al Gore continued an environmental justice tour with a visit to poor areas of Alabama – and warned that already dire conditions are set to worsen because of climate change. 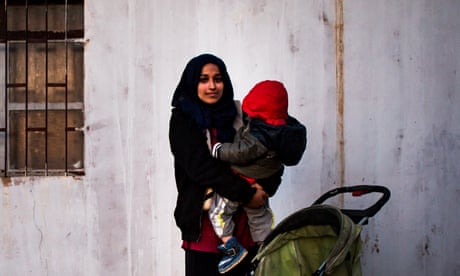 The former vice-president met people in Hayneville, near Montgomery, and heard them describe dire sanitary conditions as open pools of sewage pockmarked their lawns after a night of heavy rain.

Later Gore told a town hall gathering that he found the conditions “shocking and tragic”. It’s all connected to the climate crisis, he told the 100-plus crowd crowd, referencing “rain bombs” from the ever-growing number of annual hurricanes hitting the south-east.

Lowndes county’s open-piping sewage – and its long-term effect residents’ health – has been documented by reports from the United Nations and studies on tropical diseases which show that some illnesses such as hookworm are making a comeback in areas where it was once thought eradicated.

“This looks like the civil rights movement never took,” Barber said, staring down at the patchwork of sewage at his feet and walking around the brown liquid taking up much of the street. The area feet away from this neighborhood, Barber said, made up the route of the march Martin Luther King took from Selma to Montgomery in the 1960s.

There is very little sewage infrastructure in Lowndes county, Flowers told the Guardian, echoing similar sentiments from 2017 when she estimated 80% of the county remained uncovered by a municipal sewerage system, leaving some residents to find their own solutions.